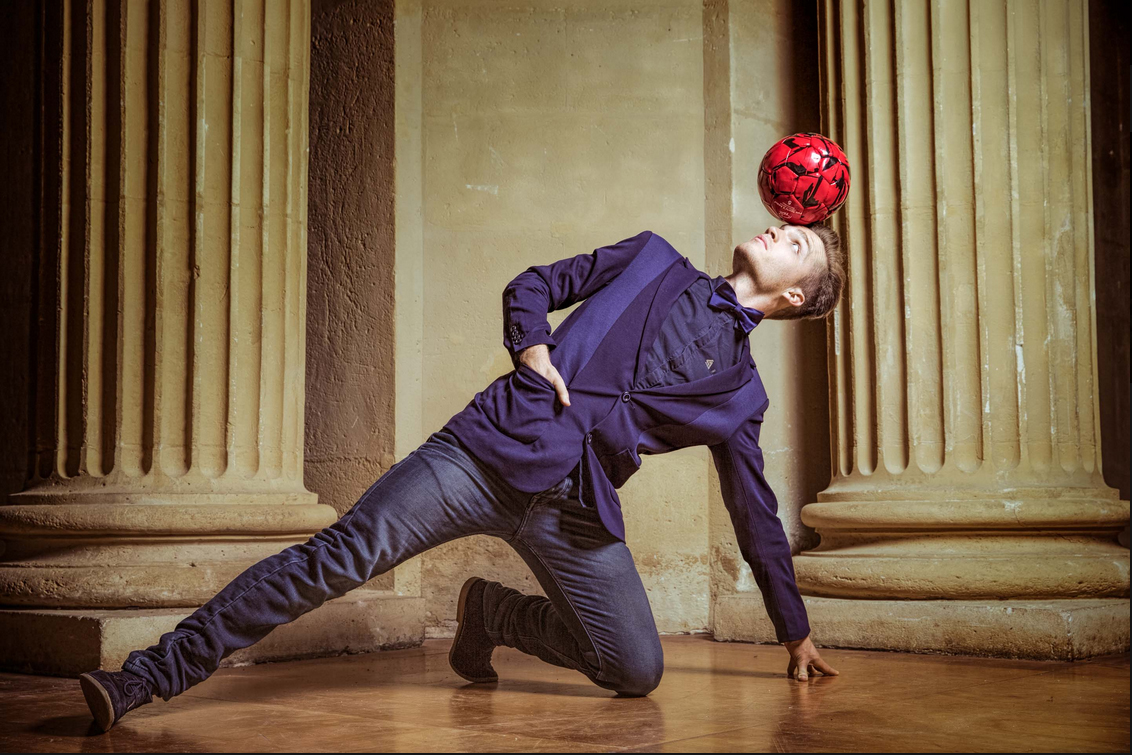 Gautier Fayolle of France is one of the world’s finest football freestylers who has made a huge impact on the art, sport, and culture of freestyle football.

Freestyle Football describes the art of doing tricks with a football and stems from skills that have been used in football, such as juggling and balancing the ball. It also incorporates tricks first performed in circus along with more recently invented tricks that have been developed by freestylers. Many today believe that freestyle has always been around, commonly mistaking juggling for freestyle.

It wasn’t until the 1980’s that freestyle became strongly associated to football. Diego Maradona, probably the best footballer in the world at that time, was the first person to perform these fundamental moves on a global stage and this pushed football freestyle into existence. Mr. Woo and Kang Sung Min, two South Korean freestylers, would train with a football for up to 8 hours a day developing this new found art form. Later it was Mr. Woo who carried football freestyle through the nineties virtually alone, showcasing new tricks such as sole juggling to audiences all over the world.

Freestyle has really boomed in the 20th century, increasingly gaining global recognition with the help of Nike commercials, viral videos on the Internet, and events like Red Bull Street Style freestyle competitions that began in 2008. With no rules or limits, football freestylers have been creating a variety of styles and tricks, and many have been pioneering the sport and shaping the culture. By 2011, the UK had created the Freestyle Football Federation (F3), officially forming the sport and culture behind it. Super Ball then became the first ‘open’ world championship, adding to the competitive edge of freestyle.

The sport continues to advance, with Ronaldinho recently signing as a global ambassador of the sport with F3 in 2014 to raise awareness and participation. Also promoting interest in the sport and growing the fan base are the world-class freestylers themselves with their insane talent performed to local and global audiences. 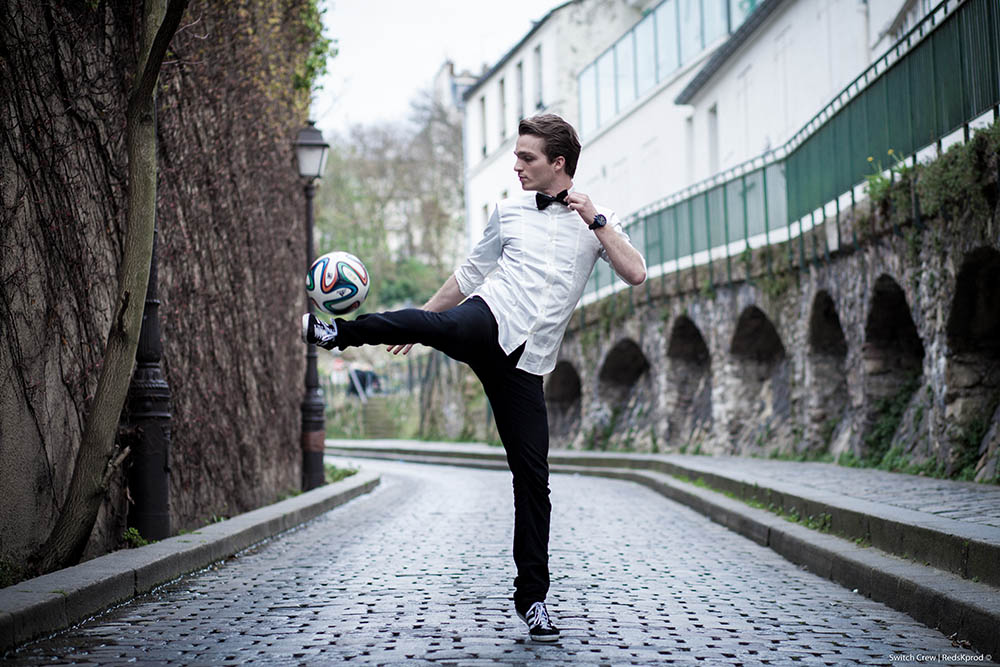 What is something that sets you apart as unique in your ‘style’?
I think there are a few things in my freestyle and the way I do my tricks. First, I always try to be unique and creative, it’s my main goal: to be unique and do moves that nobody else does all over the world. For me it’s the best feeling to feel unique in my sport/art/job. Also I base my style on flexible moves, and which is less common in the sport.

I’m also putting a lot of energy into the routine, which is the artistic side of freestyle. I think it is less typical to work with musicality and try to make art with freestyle. For example now when I’m making a video, I want to make it like a short movie. When I do a show, I’m trying to tell a little story. Next year a prestigious circus academy in France invited me to join the school, and there I will do theater, dance, and learn all the basics of arts. It’s an amazing opportunity for me to push that side of freestyle again.

You are known as one of the best show choreographers in the world. Could you explain how you come up with your routines?
Thanks =) There are many inspirations. I watch a lot of movies, listen to a lot of music, and I never limit myself to any particular thing. I can listen to electronic music, or classical music- watch a blockbuster movie, or a novel-based movie. I always try to think differently outside the box.
But I think it’s also because it’s my favorite part of freestyle- to share a performance with people is a very nice feeling.

You sometimes make videos to share practical & tactical ball control skills that could be used to beat opponents in game scenarios. How do you see freestyle football enhancing the sport or advancing the overall game of football?
I think that freestyle can help mostly to have good control of the ball, especially for the “first touch,” which is very important in a game. When you can do many tricks with the ball, you can control it perfectly, you can feel and understand more about the movement of the ball. I’m sure freestyle also improves the way you can pass, control, and run with the ball.

What is one of your most memorable performances or competitions?

It’s very difficult to choose one, so I made a short list: 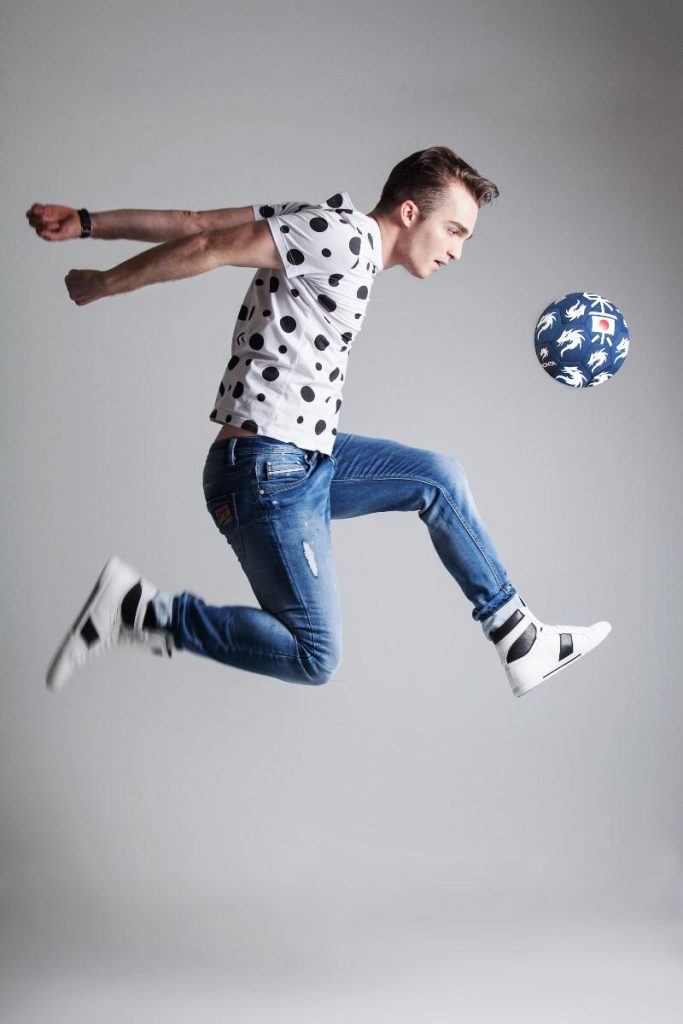 What is the main difference between a performance and a competition for you?
Most of my work is on-stage, and this is my way to make a living from freestyling. I do around 80 performances in a year and 5 competitions. That’s why I feel more like an artist than an athlete, even if I’m both, because I’m working all year on physical and technical preparation for the competitions.

What’s your vision of the future of freestyle football as a sport and in your career?
I really hope that the sport will develop more, with more competitions and more viewers for all the competitions. I hope that people will try to understand the sport more and get to know the best freestylers, because many freestylers aren’t famous even if they are incredible. I think that we have gained so much following and support progressing just since the past year that we can really expect something good for the future.

Personally, I will try to develop more of my artistic ability (dance and comedy) to take freestyle to another world: an artistic world. You can take many roads in freestyle, and I decided to push in this direction, so I will do it 100%. I will also continue working on my YouTube channel to do tutorials and help French people to learn the amazing sport/art that I have learned so much from and lived so many amazing experiences in life =)