Adventuring Through the Vast Canyons of South America 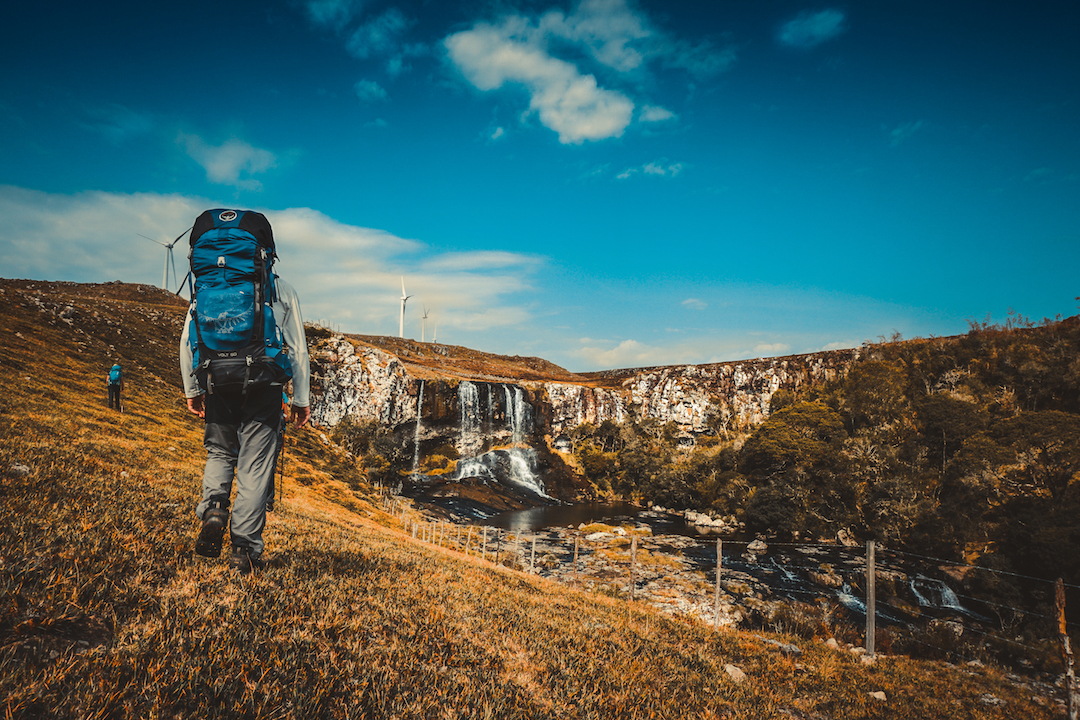 Trails that unveil deep crevasses and crystal-clear rivers attract adventurers from throughout the world to this unforgettable part of Brazil, known as the Land of Canyons.

During the entire return trip to Bom Jardim da Serra on a sunny afternoon, silence and exhaustion covered us like the dust air that filled our vehicle. The guides, Tiago and Luciana, sat on the leather seats, with Cláudia and the couple, Alexandre and Christiane, ahead of them. I reflected on what we had just done. We had just crossed 93 kilometres, on foot, through the vast canyons of South America, between the states of Santa Catarina and Rio Grande do Sul, in the southern part of Brazil. 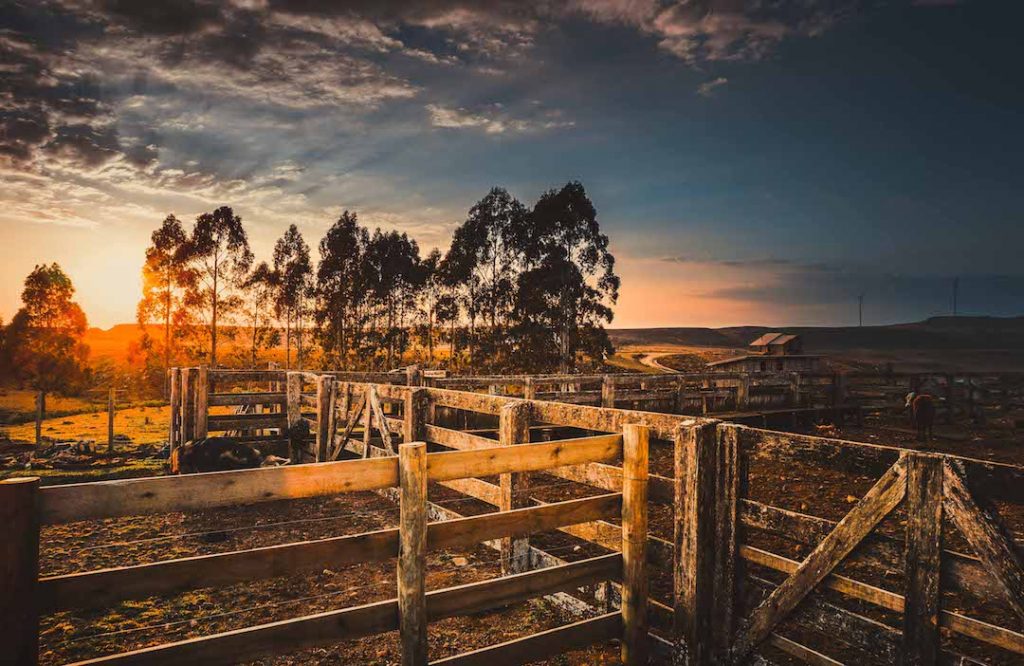 Precisely eighty-two hours before, 7 a.m., it was already one of those fiercely hot, sunny mornings one sometimes is forced to endure in the Santa Catarina mountain range. Even there, at over 1,100 meters (3.600 feet), inside a room with heavy wooden walls that seemed to absorb every lúmen of light, one could feel the heat that soon would impose itself upon the adventure.

I woke up to the sound of people talking and the smell of burning firewood, wet clothes and hot mate, a brew peculiar to the cultures of southern South America, inherited from the indigenous cultures. The realities and uncertainties of the crossing soon would soon defeat my feelings of excitement. The question I kept asking myself was, “Would I endure the harsh trek?”

When we arrived at the southern highlands, the broad road we traveled began to branch into trails. We were then on a wind-swept plain, covert by a carpet of green which felt odd and foreign to my feet. After travelling a few kilometers, or even some hundreds of meters, we came to the stunning Cânion da Ronda. 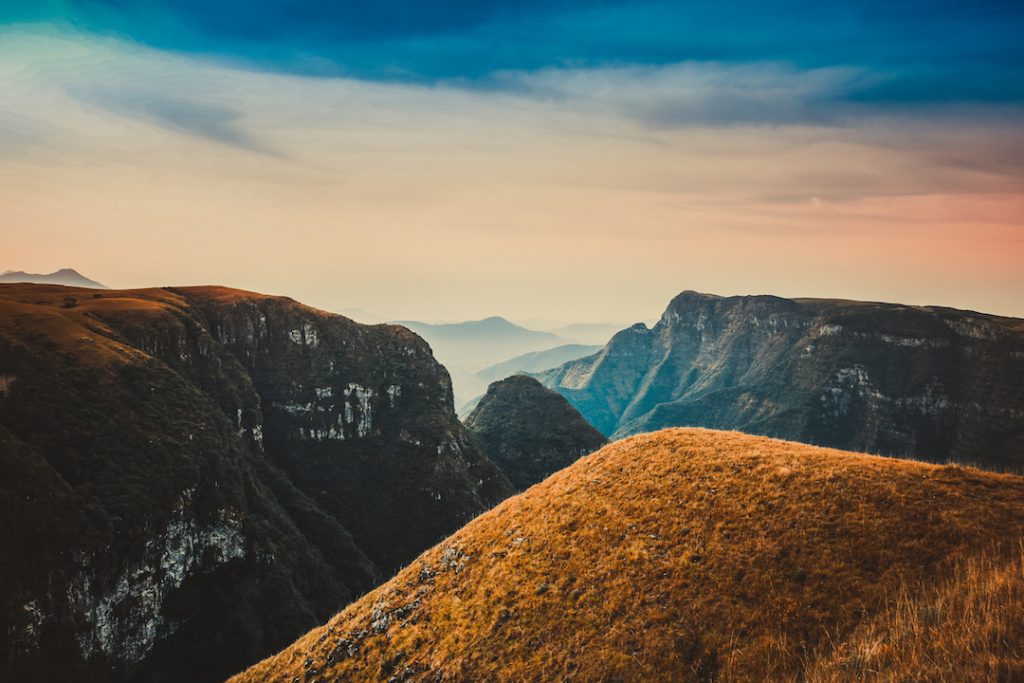 For a long time, we followed our instincts, choosing the paths that lead south toward the Cruzinha Montenegro, Coxilha, Boa Vista, Realengo, Amola Faca and Rocinha canyons.

The trail wouldn’t be restricted to the nearly 94 kilometres between the cities of Bom Jardim da Serra and São José dos Ausentes, in the Rio Grande do Sul countryside. It was also an adventure to an area of Brazil with fewer tourist spots than the coastal regions. The varied weather in the region, shifting between cold nights and pleasant afternoons, favors the cultivation of fruits such as apples, pears and raspberries. Between the months of November and February, the orchards are abounding with produce, but the prize goes to the winter months, from June to September, when temperatures dip to as low as 14 degrees Celsius at dawn and it may even snow! This time of year allows you to enjoy some incredible vistas. 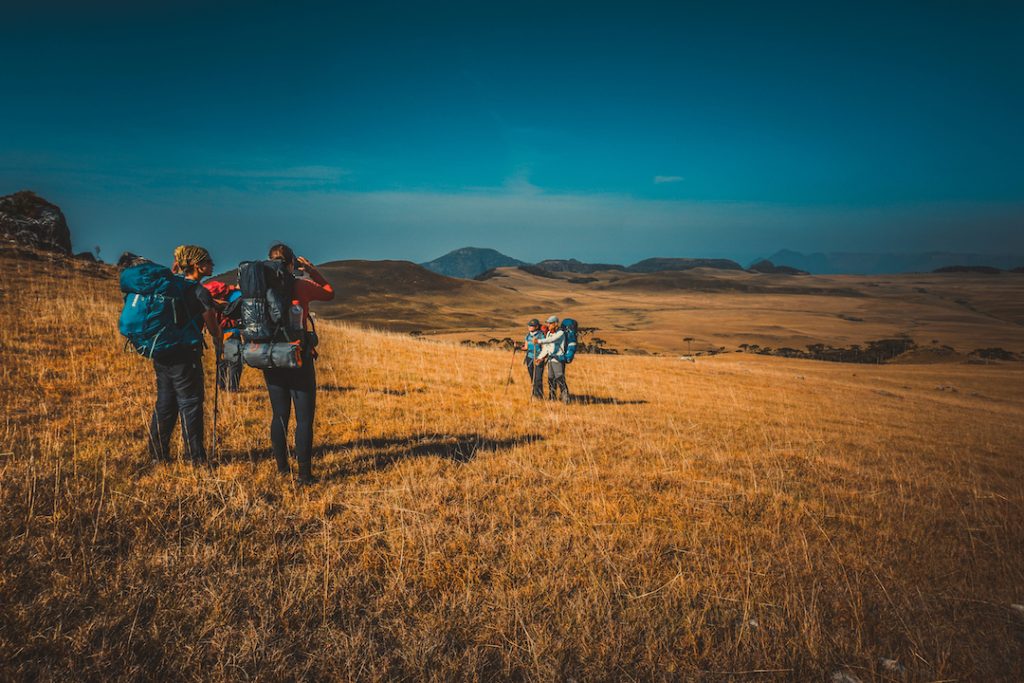 For the next few days I went trekking with guides Tiago and Luciana, averaging between 20 to 27 kilometers per day, and camping in places with the most exclusive and unknown scenery in the country.

In São José dos Ausentes, our final destination, the adventure took a different pace. There visitors can gaze upon the Sítio Vale das Trutas, the “Valley of the Trout,” one of the most beautiful places in the Gaúcha mountain range.

It was here for four glorious days, among the giant araucárias and deep gorges, I found myself in one of the greatest adventures of my life, in the southern part of the wondrous country of Brazil.

Adventuring Through the Vast Canyons of South America was last modified: January 18th, 2019 by Jonatar Evaristo

Originally from Brazil, Jonatar is a producer and journalist whose interests include adventure, travel, and the environment, working extensively in South America, specifically around remote regions Chile, as well as in Brazil, Argentina and Bolivia. His work has appeared in Mountain Pro Magazine, The Outdoor Journal and Mountains Magazine.

Energy-Balancing in Nature: Harmonious Lessons from the...

Foz do Arelho: An Aerial Tour of...