Art of Visual Storytelling: Global Film Industry Leaders and Creatives Unite to Showcase Latest Trends from the Spotlight of the American Film Market 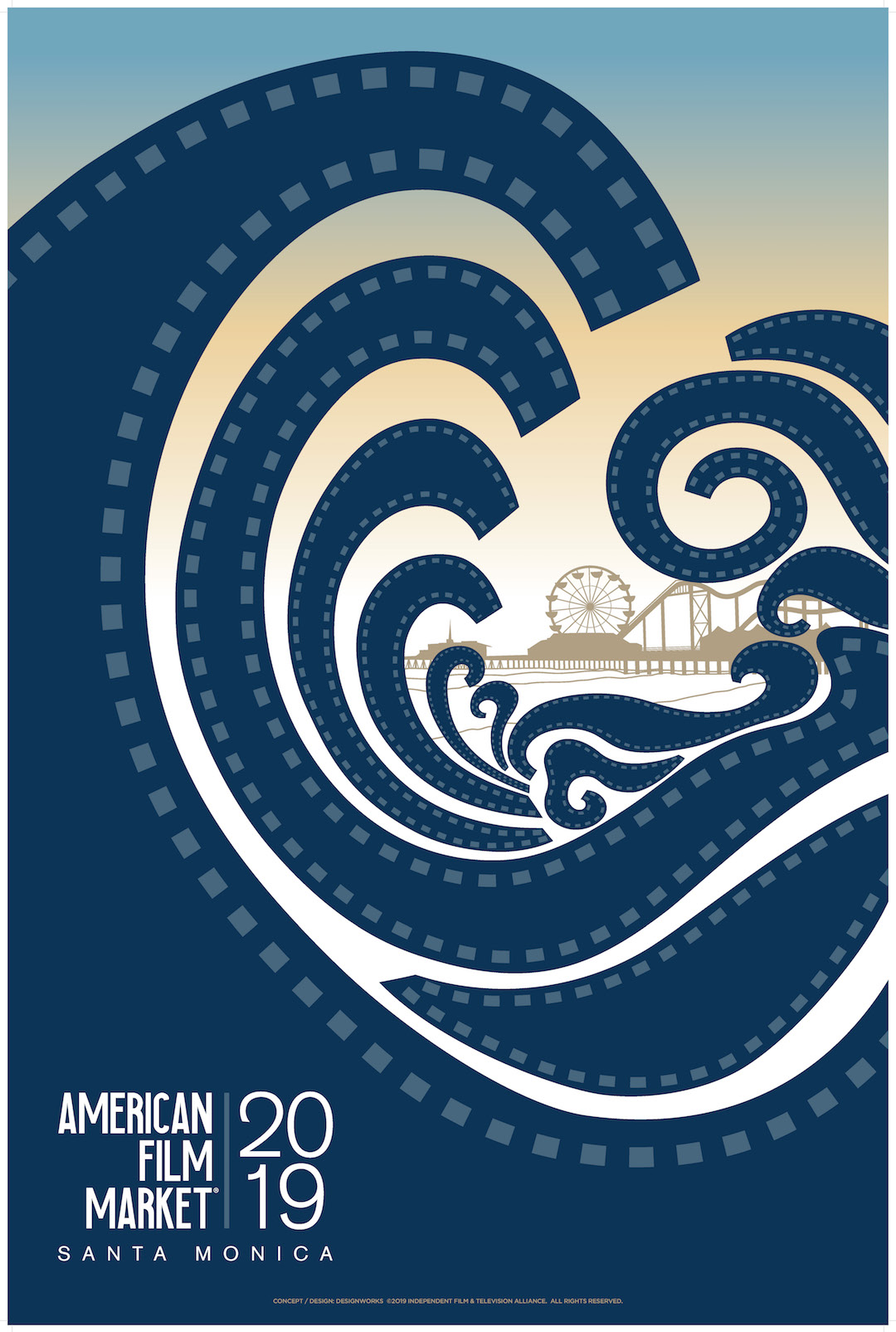 Since long before there was written language, history passed from generation to generation through spoken word, gestures and expressions as a form of storytelling.  Often times, whether sung or spoken, these stories would become a centerpiece of cultures all around the world.  This shared experience as an audience or storyteller is loved universally and something that unites humanity together.  In fact, of all the animals in the world, humans have the unique ability to understand stories thanks to our visual ability and brains that enable us to instinctively attempt to understand the world around us and place images together to make sense of everything we see.

This Face the Current Culture Feature is published in Issue 27. Order PRINT here, SUBSCRIBE to digital membership for unlimited access, or continue reading this article below.

Evidence of a history of visual storytelling dates back some thirty four thousand years to the caves in France, where animals were rendered interacting with one another, and this interaction is a story- the artist, a storyteller. Pictograms and hieroglyphics also told stories through visual images for thousands of years, but it wasn’t until 1827 that the first photographs were taken in black and white and called Heliographs.  At the time, the speed and accuracy of photography made it the most important development in the history of visual expression since the invention of the printing press, and it would forever change the world of visual storytelling.

Today we take for granted what once appeared a miracle to the first moviegoers when silent motion pictures of visual images became a reality in the late 1800s.  Motion pictures were officially established as an art form by 1914, thanks to filmmakers like D.W. Griffith, and this brilliant form of entertainment would dominate as the most desired form of visual storytelling until today.

While most of us are bombarded by images every day, it is through the arrangement of images in film and television that all of those images transform from just being “noise” or “information” and into something we call a story. And based on the ongoing success of film and television programming around the world, we cannot seem to get enough of it.

Visual storytelling in film and television continues to evolve because of the amazing advances in technology that make our stories appear increasingly realistic and even beyond imagination. Face the Current attended the 40th annual American Film Market (AFM), in Santa Monica, California to see where the industry is today and where it’s taking us.  Over 7,000 people attend workshops and exhibitions from over 150 thought leaders, decision makers, and experts at the AFM showcase that features well over 300 exhibiting companies, including 77 new exhibitors from 22 countries.

The market is more than a report on the latest and the up and coming in the film industry by its global thought leaders and experts; it is also the most efficient film acquisition, development and networking event in the world.  Its focus is not only on the final product (films), but on every aspect of the process, including the creative, business and industry side of the filmmaking world. Additionally, the AFM is a marketplace where for 40 years, production and distribution deals are closed. In fact, more than US $1 billion in deals are sealed at the event, every year. This includes completed films and those in every stage of development and production.

The atmosphere was electric. A venue filled with creative minds, talented individuals and teams, film premieres to inspire, and motivating buzz about the future of filmmaking and television, anyone in attendance is sure to feel intrigued and inspired by the industry.

The Market opened with a panel discussion entitled, “Breaking the Mold: The Innovators” which brought together industry visionaries such as Erik Feig, CEO, Picturestart, Tim League, Founder, Alamo Drafthouse Cinema, Aron Levitz, Head of Wattpad Studios, and Christian Parkes, Chief Marketing Officer of NEON, to discuss what differentiates their business models, and what the future holds. From the discussion, it appears that the future of worldwide storytelling through film continues to be bright.

Speaking of a worldwide audience, many countries have yet to be even marginally tapped. This means there is ample room for geographical growth of the medium. Some markets are primarily interested in creating their own films for export. Others are also concentrating on increasing the size of their import pipeline.

“8-12% of the content on Netflix is Disney, or Fox. That content that is going to go to Disney+. So, we’ve been thinking how we fill those slots; fill in the gaps that start existing when all the major (studios) start to take their content exclusively for their streaming platform.” – Tony Vassiliadis

Streaming entertainment has been on the rise, with Netflix, HULU, Amazon, and Disney, who recently launched their own streaming service, Disney+. In the US domestic market, this has created a void to be filled. Consider these remarks by Tony Vassiliadis, Chief Operating Officer, MarVista Entertainment:  “8-12% of the content on Netflix is Disney, or Fox. That content that is going to go to Disney+. So, we’ve been thinking how we fill those slots; fill in the gaps that start existing when all the major (studios) start to take their content exclusively for their streaming platform.”

Of course, the US domestic market is not the only one experiencing the demand for increased production. Globally, there are still huge arenas yet to be even minimally accessed.

To illustrate, in one presentation Arjun Mendhi, an MIT technologist and CEO of MTonomy, pointed out that, “…streaming penetration in China is at a mere 6%.” To put that into perspective, that’s roughly the same as Los Angeles being the only place in America where streaming services are available. In short, this is a massive opportunity for these services.

China is not the only country that’s currently underserved and interested in expansion of the kind of celluloid and streaming visual storytelling.  To address this fact, the AFM initiated LocationEXPO®, which is in its third year. It took place over the course of four days and featured more than 50 Film Commissions, Government Agencies, Production Facilities and Services from around the globe. Notably, Thailand’s Princess Ubolratana Rajakanya Sirivadhana Barnavadi presented at the Expo, illustrating the desire for her country to participate more in this global market. The Egyptian Media Production City, renowned as “the Hollywood of the Middle East,” was also in attendance promoting it’s impressive 35 square meter modern facility and the country’s unique array of historical sites and natural landscapes.

The value of the AFM is also evident when it comes to the interaction between writers and producers. After all, it is a marketplace. But in this market, it’s mainly ideas that are pitched and purchased, not only the final product – although that frequently happens as well. For instance, there was a “Buyers Presentation.” Academy Award winner Jodie Foster was there as a potential purchaser of one or more new ideas that could be made into film. This is one of the great benefits of the AFM; uniting creatives from around the globe in an intensive marketplace where magic can happen.

And, it’s worth noting, the standards for “magic” are becoming increasingly defined. Consider these comments from Lauren Kisilevsky, of The Disney Channel, Disney Channel Original Movies (DCOM),

Relatability, optimism, wish fulfillment, and emotional impact are goals for a DCOM. We are looking to make 3x the (number of) movies we have made in the past… There is a greater need for more content to remain competitive.”

Filmmaking technology is still another vast topic that’s being addressed by the AFM. For instance, a new half-day immersive summit was presented by Winston Baker, offering opportunities for bringing content, such as virtual and augmented reality to market with creators and experts. Ted Schilowitz, XR expert and Futurist at Paramount Pictures, was there to present the opening keynote followed by panels featuring Rick Hack, Intel Studios, Laura Hertzfeld, Verizon Media’s Yahoo! News, Randal Kleiser, Film Director, and Lauren Xandra, National Research Group, among others.

The AFM also hosted more than 400 screenings of 313 films from 114 exhibiting companies. A record 80 films further made their World Premiere, and more than 25 of the Academy Award® entries submitted for consideration for the “Best International Film” category were among the films being represented at this year’s event.

It’s evident in attending the American Film Market, surrounded by inspired and inspiring visionaries and creatives from around the globe, that artists will continue to find and embrace new ways to take advantage of technological advances to tell better stories and the industry will continue to evolve to find better ways to make them increasingly accessible to viewers.  It’s all about the story.  Visual storytelling has long been of importance to us, and it will continue to hold this importance and unite us forever.

Tickled- This Movie Has Everyone Talking