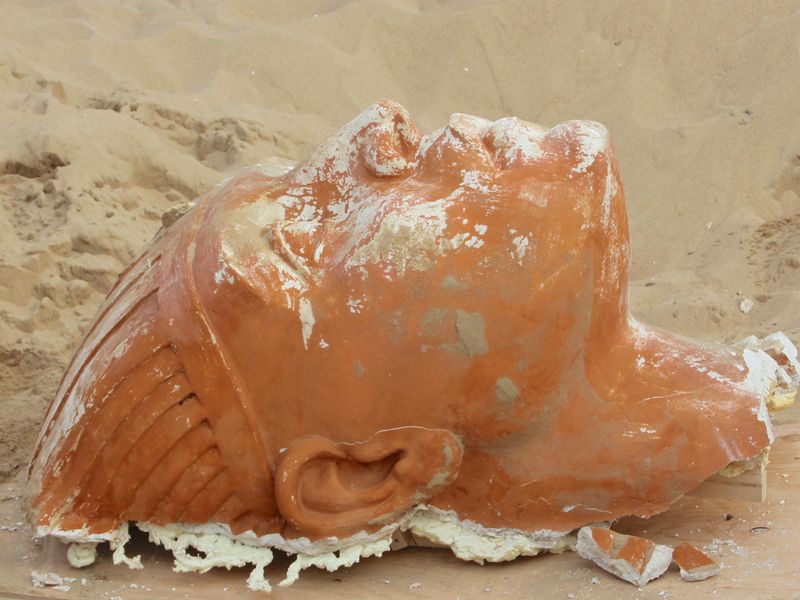 The head of a sphinx recently uncovered beneath the sand in California shed new light on one of the greatest tales of excess in Hollywood history. Reports indicate the perfectly intact 300-pound plaster head, with paint still intact, was unearthed by archaeologists in the Guadalupe-Nipomo Dunes, located about 4 hours south of San Francisco.

(Image: The Lost City of Demille)

The site, apparently was the location some 95-years ago of legendary Hollywood director, Cecil B. DeMille’s movie The Ten Commandments.

As the story goes, the “Lost City of DeMille” dates to 1923, when the director ordered the construction of an Egyptian set including pharaohs, sphinxes, and colossal temple gates, for his then silent movie spectacle. 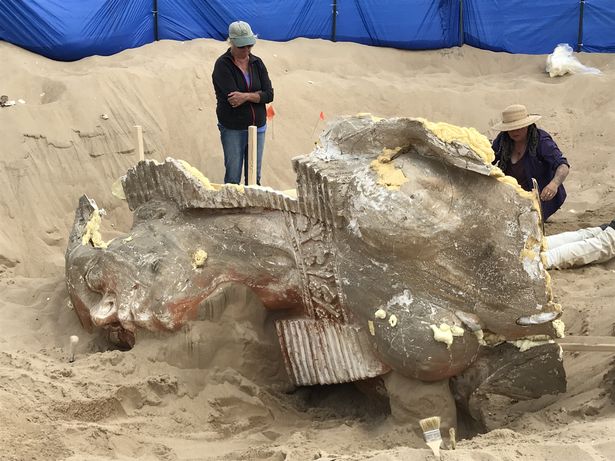 No expenses were spared with the director spending almost $2 million in 1923, an equivalent of about $25 million today. In all, 21 sphinxes graced the set, which was designed by Paul Iribe, known as the Father of Art Deco. It towered 12 stories high and 800 feet wide.

Lauded for its “immense and stupendous” scenes, use of Technicolor Process 2, and parting of the Red Sea sequence, the expensive film proved to be a box-office hit upon release.

After filming, it was determined the set was too expensive to move and too valuable to leave for rival film-makers to ransack so DeMille had it buried.

The remnants remained still until the 1980s, when director Peter Brosnan and a group of young filmmakers set out to find the ruins. Over 30 years later, excavations began, and have since turned up a trove of historical artifacts including an entire sphinx broken into pieces. Only a fraction of the set has been recovered. 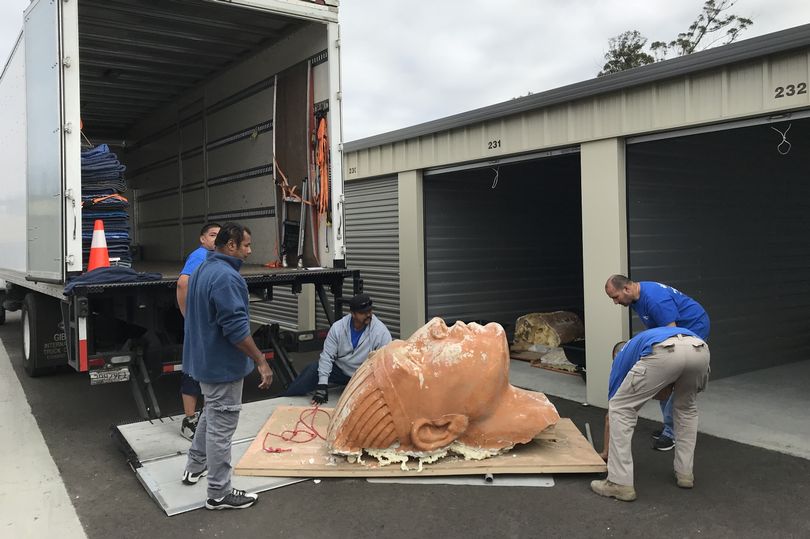 Brosnan’s exploits are now documented in the film The Lost City of Cecil B. DeMille, a nifty 2016 nonfiction presentation ideal for fans of Hollywood lore, silent cinema, archeology and even California culture.

Learn more about the Lost City of DeMille at Guadalupe-Nipomo Dunes Center.

WATCH TRAILER FOR ‘THE LOST CITY OF CECIL B. DEMILLE’

A Path of Native and Ancient Wisdom:...

The Unseen Heart of Burning Man