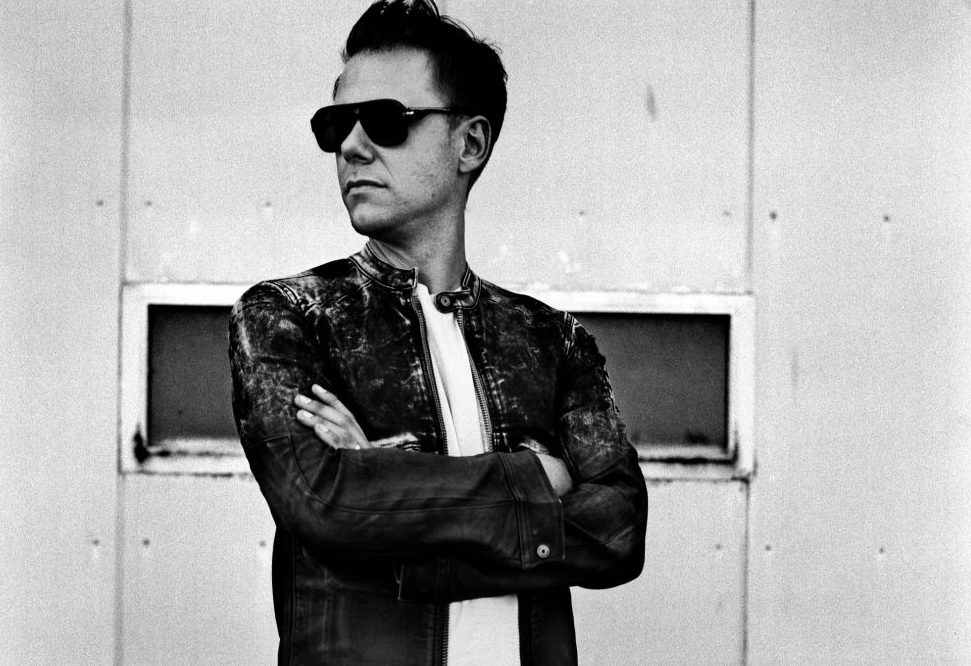 Grammy nominated Dutch music producer DJ Armin van Buuren made a very special appearance in Marbella, Spain on the 30th July as part of his “Embrace” tour, and BeachGrooves Radio spent some time with the legendary Trance DJ just before he took to the stage.  Van Buuren is Co-Founder of Armada Music, one of the most successful record labels worldwide, nominee for “Best Artist Dance 2016” and “Best Single 2016” with 3FM, nominee for the Impala “2016 Album of the Year Award,” winner of the 2016 “Best Trance DJ” (Ibiza) with 14 IDMA nominations. 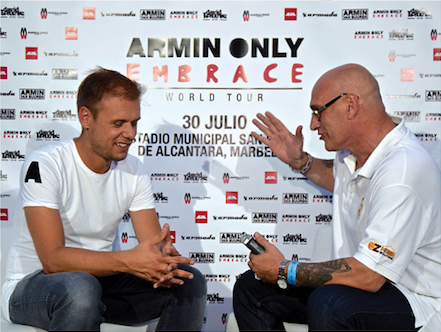 Armin, it’s a real pleasure to meet you and to have you playing here in San Pedro!
Can you tell us how the concept for the Embrace Tour came about?

The tour is based around my 6th studio album called Embrace, which was released last October. And the idea behind the album was to embrace different sounds and different cultures…and incorporate them into my music. For example, the trumpet player Eric Vloeimans works a lot with jazz musicians and plays with classical orchestras. The mission was to try and produce a track that has my sound, but to incorporate his style and trumpet work.  Also with Kensington, it was a little bit farther than I would normally go with vocalists. When we started to work on the track “Heading Up High” which was a big success in Holland, where it received a platinum record…the mission for that track wasn’t just to get Eloi Youssef the singer in the studio and have him sing over the beat, but really to have the whole band…so it was a lot harder than what I normally do…for me it was more of a creative challenge. 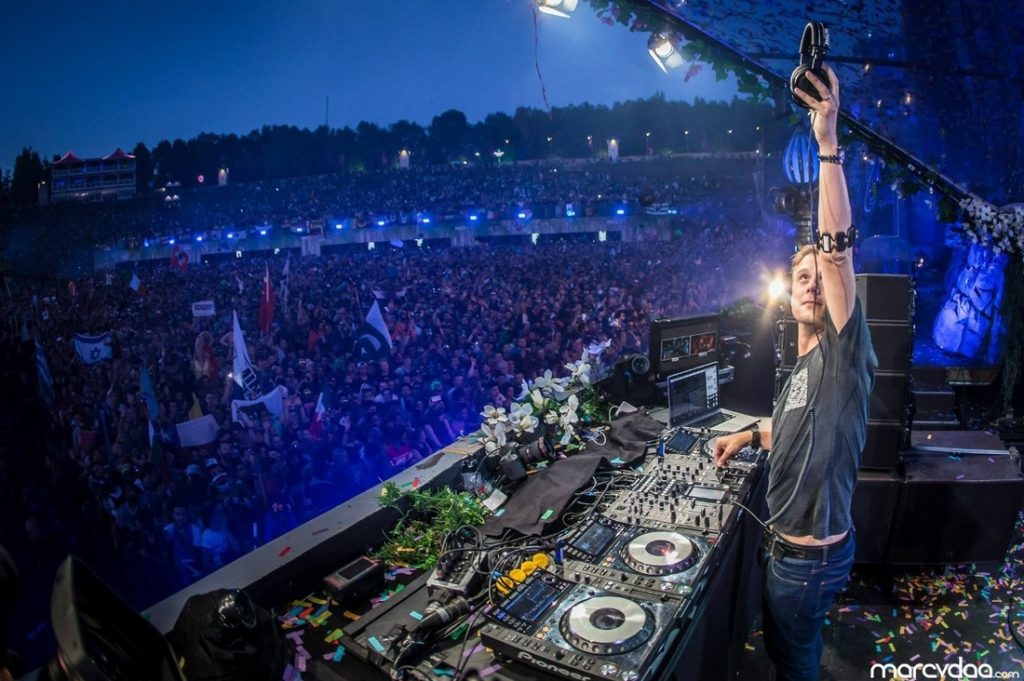 Many of your long term fans would say that there is a huge difference between your “State of Trance” albums and the music you play now….that your music has become more commercial. How would you describe how your music has and continues to evolve?

I don’t think I’m commercial. A track like “Face of Summer” isn’t necessarily commercial…or a track like “Looking For Your Name” or  “Embargo”…these tracks did really well…which might make some people consider them more commercial…but that’s just the success element…I’m still the same Armin. I didn’t make this album to have commercial success…I think there’s a big difference.
With the show, I want to show people that I am a perfectionist, a writer and a producer. The first thing that goes through my mind when I’m making a track isn’t commercial success. The first thing that went through my mind on this latest album was “wow…it’s so amazing to be in the studio with Kensington.” I always admired Kensington as a band…and the same thing with Mr.Probz … he comes from the world of HipHop. So the easy path for me would be to stick with the same singers that I have worked with for a long time and go the safe route, but I decided with Embrace, not to do that. I showed people that I wanted to invest in myself as a songwriter… sometimes the result is maybe more commercial…sometimes the result is deeper. 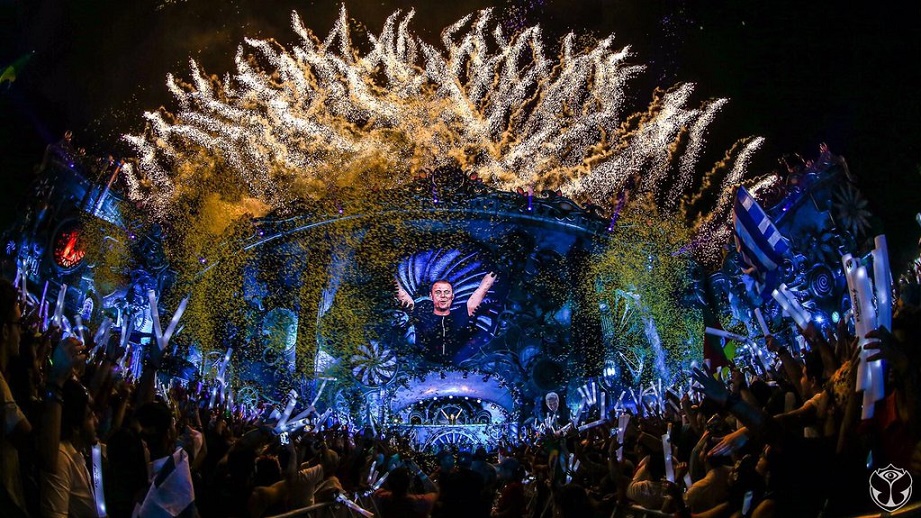 How does a huge show and tour like Embrace take shape and come together?

The Armin Only tour was the progression from my solo set in Club Eau in The Hague…back then it was called “Only Armin”. Those solo shows were always a big success. A lot of people started travelling to see the show and I started to involve more and more live acts. The first live artist to play during my shows was Mikey Puff the drummer and we had such an incredible response, that we decided to go to the next level with Armin Only.  Ahoy in Rotterdam in 2005 was my first solo show on a bigger scale…and it was the first time I started working with bigger acts, involving Racoon, Adam Young and Vague on stage. For me it’s a creative outlet, a unique opportunity to give something extra to my fans. If I play a 4 or 5 hour set now tonight, I can hopefully please everybody…that’s the plan.  Tonight I have the vinyl set, which is more for the classic fan base. It’s a great opportunity to show my fans “hello…I’m still here.” And I play them from the original medium. In my new show, you will hear a variation of new sounds that I have been experimenting with…and of course a lot of trance as well. I think it’s important that music progresses. Some trance fans are still big into what we did 10 years ago. There’s nothing wrong with that. If some people choose to always go for the same thing after all these years, then fine, but I chose not to do that. I want to develop myself as an artist and take crea
tive
risks. I will ALWAYS be loyal to trance. I am making tracks for the Gaia Project right now. This year I released a track “Rising Star…” 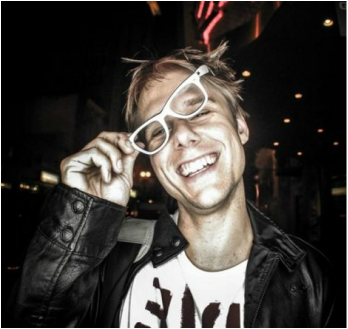 I will always make trance tracks…always…but for me its important to always keep developing…and I can’t do that if I am just restrained to 138 BPM, one melody, one breakdown…sticking rigidly to the same thing just doesn’t excite me.

And what’s the vision now? Where is the future of Armin headed?

The future is bright. The plan is to help the guys from Gaia produce an album in the short term, I have a lot of new singles coming up…there are three new singles from Embrace. Next week I am releasing an Old Skool mini-album, which has the entire section that I am playing tonight. On the 19th of August, I am releasing my new Ibiza compilation, which is super exciting; I have a new track on that one, with a big act, which I am really excited about.  I’m already working on the tracks for my new singles for next year….they might become an album…I don’t know yet!