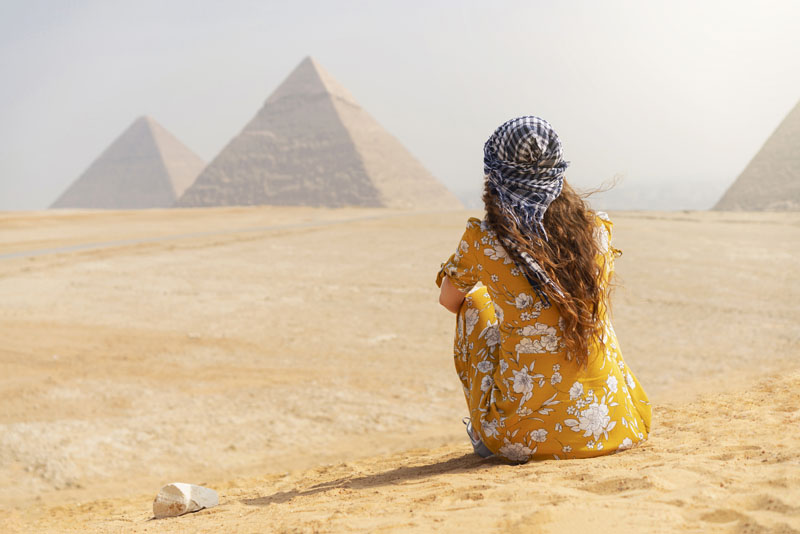 Since the dawn of humanity, specific locations on Earth have gained significance as places of power. Renowned for their spiritual importance, these are places of worship, burial, ritual, healing, and enlightenment. Digging in sacred sites around the world reveals remnants of earlier buildings, evidence that one monument was built over another from a previous era.

This article was originally published in Issue 32. CLICK THIS BUTTON to explore the entire issue with our viewer friendly, interactive magazine reader.

As time passed, and regardless of changes in beliefs, civilizations still chose the same sacred locations for their rituals. These marked sacred sites were commonly located over underground streams that ran through rocky strata with revered water on which many rituals were practiced.

Megalithic stones were some of the earliest documented methods used to mark these special sites. Usually high in quartz content, huge megalithic menhirs—large, manmade standing stones—were quarried and erected at the center of these sites to amplify and radiate the locations’ remarkable energy. Early settlements and later larger cities were planned and built to revolve around these sites. Sometimes, these megalithic stones were even arranged in patterns to interact with different sky locations or positioned over the power spot in a gate shape known as a dolmen—a type of single-chamber megalithic gate consisting of two vertical megaliths supporting a large, flat horizontal capstone. With these structures, the openings of the “gate” always pointed east-west in relation to the cycle of the equinox.

Later in history, dolmens were covered in mounds to form granite chambers for storage, burial, and ritual. Mounded dolmens have evolved from mud construction to brick, and finally to stone. The Pyramids of Giza are the culmination of the dolmen, using sophisticated building methods with advanced geometrical, subtle energy and astronomical knowledge to establish a link with sacred power spots in the sky. The secret of the Giza pyramids lies in the energy configuration of the entire Giza Plateau, with pyramids on the centers of the highest energy locations to amplify the sacred energy within them as well as that of the whole site. This is an important distinction that is often missing among those that construct pyramids with the intention of healing: the pyramid shape amplifies the energy quality under it!

To better understand the inner workings of ancient civilizations, we need to go back and look at humanity’s shift from right brain perception to left brain perception. This shift is evident in the work of Swiss psychologist Carl Jung who categorized the development of humanity in four stages: primitive man, ancient man, today’s modern man, and emerging contemporary man.

Ancient man interacted with the environment through a different, more holistic and intuitive perception than did modern man. Ancient man’s motivations and behaviours were much more closely linked to the laws of nature. Could ancient man sense or see the subtle energy vortices at sacred locations?

There is a fascinating TED talk entitled “My Stroke of Insight” in which a neuroscientist describes her experience after suffering a stroke in her left hemisphere. Her analytical functions were affected, completely shifting her perception into the right brain. Normal boundaries dissolved between herself and the environment, and she could see her own body blending into the space around her. As humanity evolved and the door to right brain perception closed, intellectual observation was used to select sacred sites.

Augurs—priests and officials—used dowsing staffs in Roman times to locate the two spiritual crossings that would form the “navel” of the city. These ancient sciences were completely forgotten as modern humanity’s focus of perception shifted into the left brain.

The resulting consequence was man’s separation from nature and an unchecked increase in electromagnetic radiation and chemicals in our environment whose negative health effects we are still learning about today.

BioGeometry is a new environmental science that uses specially calibrated tools to measure, amplify, and recreate the energy quality of Sacred Power Spots. It introduces this harmonizing healing quality using design principles, proportions, and angles to create healthy environments. It is also the only science that has been effectively applied on a wide scale to harmonize the effects of electromagnetic fields (EMFs) and geopathic stress (Earth energy grids) on biological systems.

Its founder, Dr. Ibrahim Karim D.Sc., spent over forty-five years developing this design language to reproduce the centering energy quality (known as BG3) in architecture and product design. Dr. Karim has also supervised numerous masters and PhD studies, and guided young design students to create products that enhance health and wellbeing by awakening an ancient holistic worldview with a qualitative dimension that brings balance into our modern society. By bringing this centering quality into our environment—and into bodies that are in constant energy exchange with that environment—we see profound results in improved wellbeing. Utilizing BioGeometry’s architectural approach has demonstrated that by changing their environment, we can raise the serotonin levels of depressed mice as effectively as pharmaceutical drugs. Chickens can be housed and raised in healthy structures free from antibiotics, and sweet potatoes can even be grown with saltwater by using specially designed BioGeometry containers. In his book, The Hidden Messages in Water, Dr. Masaru Emoto conducted experiments showing the way in which consciousness can affect water molecules. Positive emotions and thoughts produced  crystalline structures in frozen water samples that were more aesthetically pleasing and geometrically uniform than those samples exposed to negative thoughts and emotions. Likewise, water samples exposed to BioGeometry shapes produce crystals similar to those that formed when water molecules were subjected to positive emotions.

It is essential to acknowledge and work with the subtle energy quality of Sacred Power Spots and to revive the practice of reverence when visiting these sites. Before planning a visit to any location with a Sacred Power Spot, research the history and understand the optimal ways in which to interact with them. This will ensure you have the best opportunity to tap into the available energy and leave a more centered and connected being.

Book:  Back to a Future For Mankind

How Islands And New Beaches Are Being...

Energy Quotes to Live by