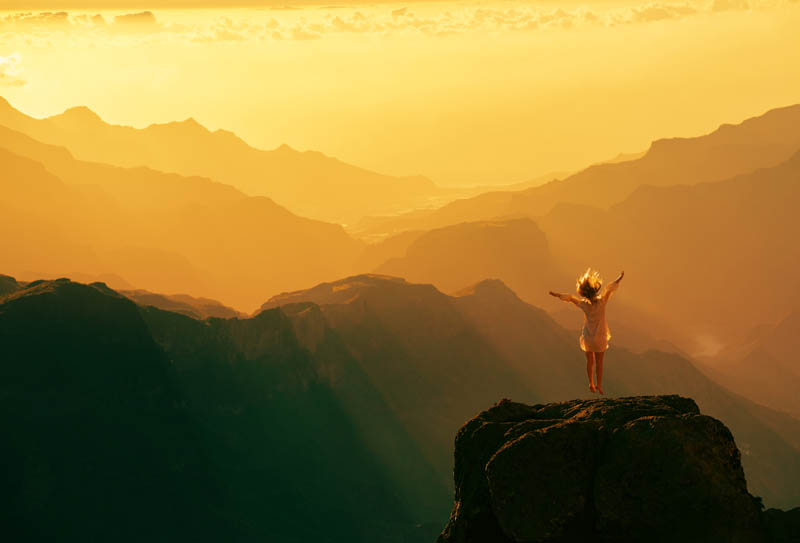 In the first installment of Face the Current’s three-part series with Dr. Bruce Lipton, Dr. Lipton shared his thoughts on the need for amalgamation between science and spirituality in humanity. He also recounted his realization of the homology between the cell membrane and a computer chip. We were additionally enlightened on energy entanglement, surrogation, epigenetics, and Dr. Lipton’s early research on the effects of environment on stem cells.

In this thought-provoking continuation, we will hear Dr. Lipton’s considerations on piezoelectricity, sound therapy, somatic energy, and consciousness in the field. He’ll also lead us on an expedition to delve into karma as a two-way street and the ways in which we can experience higher love through self-love.

This Face the Current Health Feature, co-authored by Sasha Frate and Jeff Granville, is published in Issue 20. Order PRINT here, SUBSCRIBE to digital membership for unlimited access, or continue reading this article below.

Jeff Granville: During one of your interviews on sound healing, you exposed many people to the “piezoelectric effect” on the crystalline structures in our bodies.  Can you explain the implications of this and how the piezoelectric effect contributes to our overall health?

Bruce Lipton: Piezoelectricty is electrical activity from the extraction of energy from crystals. Crystals bind energy and if you can extract their energy, they become akin to a battery. How do you extract energy from a crystal? Well, lighters, gas stoves, and cigarette lighters are called ‘crystal lighters’ because they do not contain flint. New lighters are piezoelectric. When you push the lighter button down or you turn the stove on and you hear “click-click-click,” that’s a hammer hitting a crystal. When the hammer strikes the crystal, the electrical activity of that crystal becomes excited and “jumps out,” resulting in a spark. If all cells were to be removed from the human body, the remaining structure would resemble a wire frame. This framework would be a complete mesh of collagen fibers. Just like steel fibers, collagen fibers are proteins that anchor and hold a system together, giving it shape. In this way, collagen fibers are also molecules that are piezoelectric.

When individuals need physical adjustments, the electrical activity of the body’s fibers are not in alignment. Whether its reiki, chiropractic, or another form of physical adjustment, you’re realigning the energy to support the harmony of the system. Adjusting the body’s physicality can change the function of the body. Piezoelectric potential travels through crystals into bone, cartilage, and collagen, and uses the orientation of this information to reorganize the structure and function of the body.

Sasha Frate: What are some of the best types of sound therapy for regaining continuity and conductivity throughout our bodies?

BL: There are variables that affect our consciousness. Some people say, “I played rock music to my plants and they all died, but I played Mozart and they thrived!” Remember, the rock music and the Mozart was YOUR choice – it was what you liked and didn’t like, and this in turn influenced the expression of the plants. If your interest is Led Zeppelin, you’ll be happy when you play it and your field will be stronger, resulting in healthier plants. If you hate Led Zeppelin, you’re obviously not supporting the field and the plants will reflect that.

JG: Various somatic studies throughout recent history have shown how bodily movement has offered a completely new language of consciousness and body wisdom through self-awareness and self-guidance, including Ideokinesis, the Feldenkrais Method, The Alexander Technique (AT), and Body-Mind Centering (BMC) as well as ancient practices like yoga, tai chi, chi gong, massage, craniosacral therapy, and somato-emotional release. How do you explain somatic energy and how the historical practices of somatic -“trauma”-release have been scientifically substantiated?

If you want to change the field, we can do so through consciousness, but we can also achieve change through movement of the body. When we move and change our bodies through these methods, we are altering the field itself. Not only is the field giving shape to the body/particle, the particle is influencing the field. When we adjust the body, we are nudging energy back to equilibrium. The body is strong, however the field is stronger. While bodywork is excellent at alleviating issues of the field, I also believe that directly accessing the field through the conscious and subconscious will enhance our ability to create change.

JG: As an example of our quantum entanglement, will you explain how our transmission and reception of biophotons give us intuition, and sends our intent out into the environment while contributing to our perception of it?

BL: Quantum physics is different than Newtonian physics. Newtonian physics separates universe into polarities (matter and energy) with an emphasis that they’re not well suited to interact together. Therefore, a body made of matter would be affected by matter; drugs, chemistry, and surgery. Quantum physics reveals that while we perceive an atom to have structure, it does not contain any physical elements. Matter is just an illusion of another form of energy.

This understanding is critical. Our thoughts generate fields; if you put wires on a person’s head and you read their EEG’s, you are reading the electrical fields generated by thought in their brain. With this paradigm, the belief is that our thoughts are contained in our heads.

There is a new technology called MEG (magnetoencephalography) that, without physically contacting the head, records magnetic fields produced by electrical currents within the brain. The conclusion here is profoundly important: your thoughts are not contained in your head; they are broadcast in the field. In this light, our thoughts are creating the field.

SF: You described the new physics as a provision of “a modern version of ancient spirituality, (where,) in a universe made out of energy, everything is entangled; everything is one.” Through this entanglement, the DNA in our cells responds to and transmits our thoughts and emotions. What is serving as the “antenna,” and how does this entanglement and oneness happen?

BL: This is my analogy: since we cannot go to Mars, we send the Mars rover. It is equivalent to a human even though it looks like a go-cart with antennas and screens. However, on Mars, the rover uses human-like sensory devices to read the environment by using cameras, temperature sensors, chemical sensors, air sensors, etc. NASA sends a signal which is received by the rover antenna and the rover gathers data by moving around on the surface of Mars. The collected data is then sent back through the same antenna to NASA. This method allows NASA to have the indirect experience of what it’s like to be on Mars.

The human body is like an Earth rover. We’re being directed by Spirit and by consciousness, wishes, and desires, and we’re sending the results of our experiences back into the field causing alterations. This is called karma and it’s a two-way street.

JG: In your revolutionary book ‘The Biology Of Belief’, you partially give credit for the success of your scientific career to the failure of your music career. What instrument did you play and most importantly, did your involvement in music play a role in your future understanding of how harmonious frequencies contribute to relaxation, rejuvenation and holistic health?

BL: I didn’t play any musical instruments. I had a very bad experience as a young kid in my school’s music class. My teacher asked me not to participate in the choir because of my singing voice and then, even though I loved it, I shied away from active participation in music. I ended up producing a show instead and in doing so, I found a musician that has since become famous in the U.S. He was a college student studying psychology and when I heard him play music, I provided him with support, bought him new instruments and produced a new show with him. His name is, “Yanni.”

Although I was unable to play music, I created a laser show because I saw the value in it. The audiences became mesmerized and hypnotized. I started to recognize that between the vibrations, colors, light, and sound, people were having out-of-body experiences. There were no images actually used in the show, but audiences described the various things they saw –they were creating images between the words, music, and the abstract light. In 1985, as I started to understand the nature of cells and the nature of environment and signaling, the significance of the laser show became very profound to me. I recognized that, during those shows, we were shifting consciousness.

SF: There is the notion of “vibrating higher” in relation to energy and consciousness. Would you say there is also a “higher” love that humanity can be experiencing?

BL: Absolutely, yes! In the first 7 years of life, when we “download programs,” our parents act as our coaches. Coaches usually try to improve their players through critical assessments. The issue here is that children under 7 cannot interpret the meaning behind their parents’ comments. Instead, what is recorded in their being is exactly what their parents said. These words are often perceived as hypercritical.

We have found that between 80-90% of all participants in a class experiment will not test positive for the concept “I love myself.” If you cannot love yourself then, by definition, no one else can love you. It’s a self-fulfilling prophecy in that behaviors derived from a lack of self-love will ultimately prevent others from loving you and you can then point to that failure as evidence of your unworthiness. Once we can start loving ourselves, we can truly begin to love other people.

We have to recognize that our evolution, based on Darwinian Theory, provides us with a culture based on competition. It’s survival of the fittest and a struggle for life. To some degree competition is helpful, but it’s actually sabotaging evolution on this planet right now.

The evolution we should be striving for is not competition, but cooperation. This is the new leading insight into evolution. All of us are cells within the body of a super-organism called, “humanity.” We have to recognize that the evolution we’re facing is a breaking-down of the borders and barriers between people around the world in order to recognize that all people are part of the same body.

Killing, hurting or damaging another human is the same as an autoimmune disease in the body; it’s a self-destructive process. Higher love is recognizing that it’s the love of humanity that we’re supposed to have, but you can’t achieve that if you can’t first love yourself. After you do, you start to love your partners and your community, and as the community grows, the love grows. This is actually a very significant element of our evolution –we acquire our community based on love.

Read the continuation of this interview- “Re-Programming Your Subconscious Mind: A New Script For Health and Relationships With Dr. Bruce Lipton” online HERE .

BOOKS: BIOLOGY OF BELIEF | The Honeymoon Effect: The Science of Creating Heaven on Earth

Revitalize Through Sound Therapy, Somatic Energy, Consciousness and Love with Bruce Lipton was last modified: May 26th, 2021 by Sasha Frate