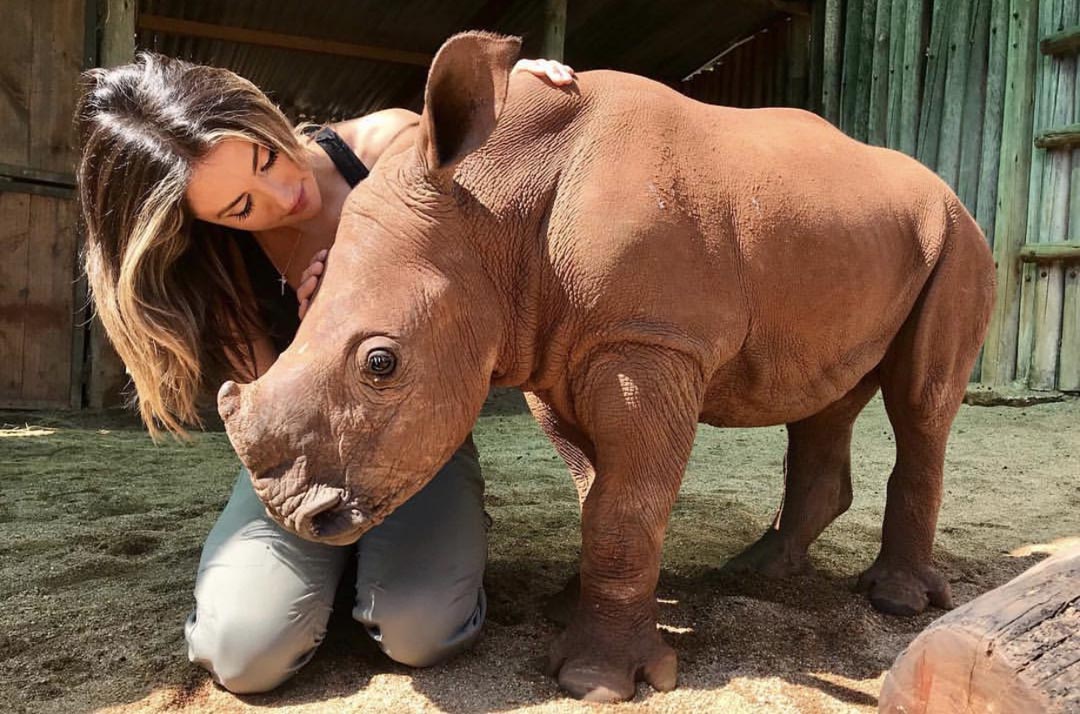 Endangered African Species and the Vitality We Owe Them

To describe the impact that Africa had on me would be to say that I felt like I had come home; home to a place steeped in the historical beginnings of nature.

Our first destination on our multi-stop African visit was Gansbaai, South Africa. Here, we intended to highlight the plight of the Great White sharks and endangered South African Penguins. The predicaments of these two beautiful animals are two of the many issues we are covering in my second documentary, “We Are One.”

The shark-finning epidemic has killed an estimated 100 million sharks annually. Shark fins are coveted as a status symbol in Asian cultures, used in soup believed to have medicinal benefits. These health benefits are wildly false but continue to lead to the capture, maiming, and death of countless sharks. The first goal of our trip was to witness Great White sharks in their natural habitat off the coast of Gansbaai, South Africa. 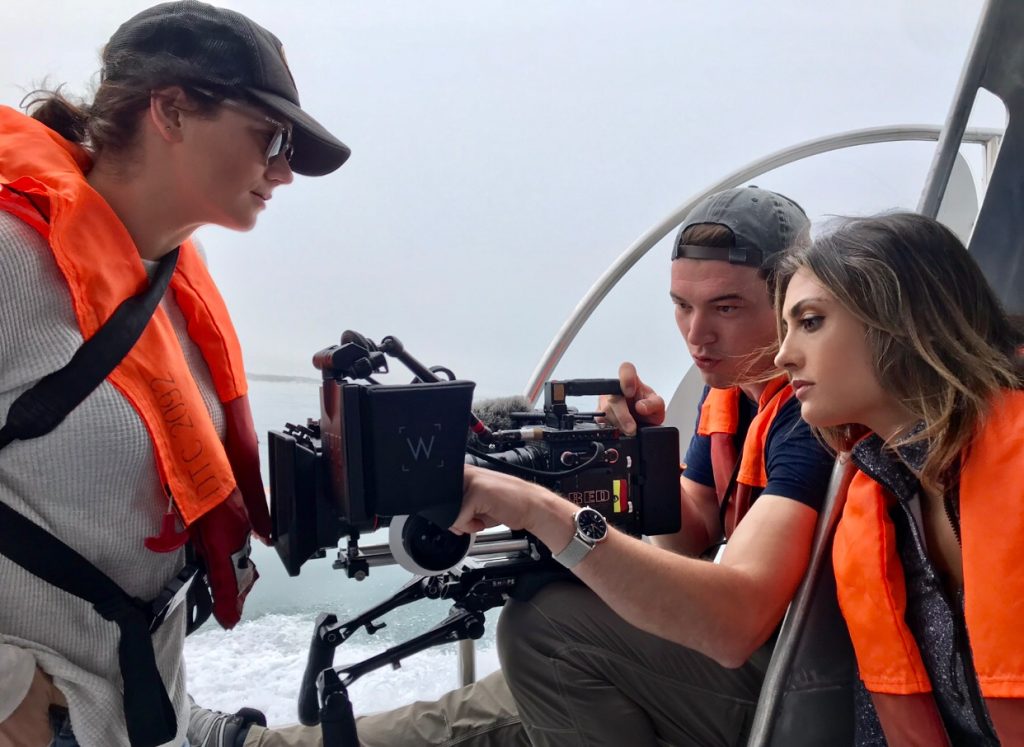 We were filming the work of Marine Dynamics, a part of Dyer Island Conservation Trust. They tag Great Whites to aid in their protection and conservation. Knowing that 97% of sharks have been eradicated from our oceans due to over-fishing and shark-finning, seeing this stunning, elusive species in the wild was a heart-breaking privilege. I was struck by the tendency of these beautiful, silent creatures to shy away from humans; they are very solitary animals. Their reputation is that of an aggressive predator but I felt the opposite when I truly observed their nature. It is our responsibility to understand these creatures in the wild so that we can better protect them; the health of our planet and oceans depends on it.

While getting close to the Great White sharks in the wild, it was also a privilege working with our expert-team including Director of Photography, Hunter Nolan, Producer, Apolla Echino, Second Camera, Ali Cengiz, and Sound Technician, Eyal Levy. We also worked alongside friends and animal conservationists, Shannon Elizabeth and Simon Borchert to be able to capture the beauty and power of South Africa.

The message of “We Are One” is quite clear; we are in a race against time to save many species and our planet before it’s too late. This urgency was most evident when we went on an expedition to film the very last of the South African penguins remaining on Earth.

South African penguins are an endangered species due to many historical threats. Their eggs were pillaged by humans to be eaten as a delicacy throughout the 20th Century. This practice has only recently changed, though it had already led to a drastic decline in the Cape Coast population. 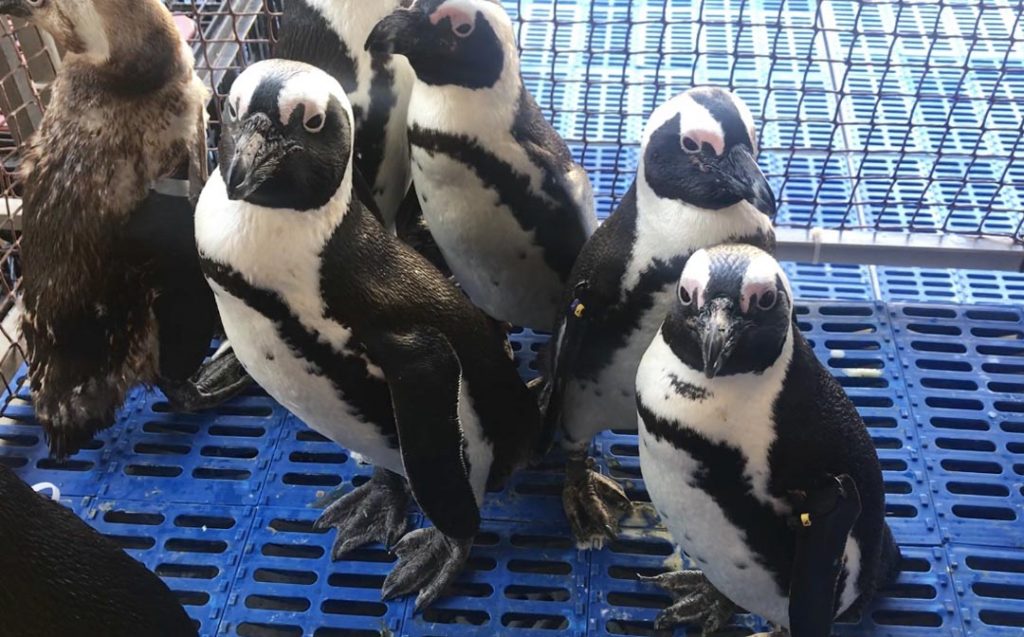 Other human causes such as oil spills and sardine and anchovy fisheries have forced the penguins to search for food further off-shore. This means they are forced to alter their eating habits and consume less nutrient-rich fish. An important organization founded by Wilfred Chivell called the Dyer Island Conservation Trust, along with the Penguin Research Fund in Port Elizabeth, and SANCCOB (the South African Foundation for the Conservation of Coastal Birds, the only official organization mandated by the South African government to respond to crises involving seabirds) are working together to save the last South African penguins from extinction.

While searching for the South African penguin off the coast of South Africa, we were saddened to discover that we would only be able to spot three penguins nestled among thousands of Cape Fur seals. We were determined to learn more about this precious species so we decided to visit The African Penguin and Seabird Sanctuary. This sanctuary was established in 2015 by the Dyer Island Conservation Trust and it rescues injured and orphaned baby South African penguins. They rehabilitate the penguins and release as many as they can back into the wild.

Unfortunately, due to injuries sustained from fishing nets and ocean predators, not all of the penguins are released. Some are missing limbs, are unable to walk, and are even blind. Seeing these stunning creatures up-close was another fantastic experience and solidified the fact that if we don’t take immediate action to protect these penguins, extinction will be their definite future. If it weren’t for the dedication of The African Penguin and Seabird Sanctuary, this beautiful species would have disappeared in the wild. I am so grateful for their passionate work. 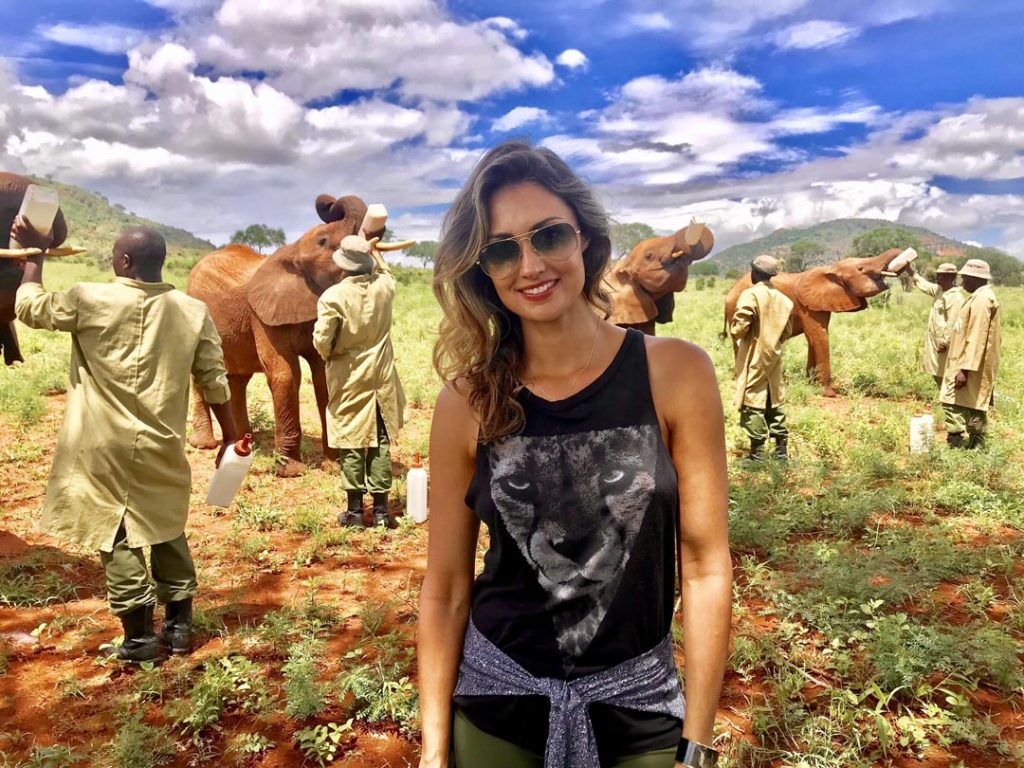 As we concluded our time in Gansbaai, I realized it was one of the most memorable experiences I have ever had. Being able to film the plight of such an incredible species is a true honor and privilege. As we continued our journey through South Africa, we visited Care For Wild Sanctuary, the official rescue and rehabilitation center of Kruger National Park. This sanctuary was founded by Petronel, one of the most incredible human beings I have ever met. She and her team, along with a sophisticated canine anti-poaching unit, are the saviors of the last remaining Southern rhinos of Africa. When I arrived at this magical sanctuary, I was overtaken by a feeling of serenity; I knew that this was unlike anywhere I had ever been. The people who volunteer their time to care for the last of these orphaned baby rhinos are nothing short of angels on Earth. One of the most special connections I made at the sanctuary was with Summer, a three-month-old orphaned Southern White rhino who was found laying next to her murdered mother in Kruger National Park.

It was an extreme trauma for this little rhino to witness the death of her mother. Summer was brought to Care For Wild so that she could be nurtured, rehabilitated, and nursed back to health. Her mother, like so many other rhinos, was killed for her horn. Rhino poaching is fueled by a lucrative and superstitious market where buyers believe rhino horns provide medicinal benefits. Of course, rhino horns are made of keratin, just like human fingernails, and have no impact on human health. When I entered Summer’s boma (enclosure) and looked into her eyes, I felt the sadness and trauma that this poor baby had experienced. I placed my hand on her head and gently kissed her forehead, sending her as much love and as many blessings as I could. I wanted to let her know that she was safe now and no one would ever harm her again. I wish nothing but peace and love for these beautiful, misunderstood, sentient beings, and I pray for the survival of their species.

After our experience at Care For Wild, we wished Petronel and her incredible team farewell and we were then off to Kenya. As we touched down, I think we could all agree that our experience in South Africa was life-changing but we could not anticipate what awaited us in Kenya. 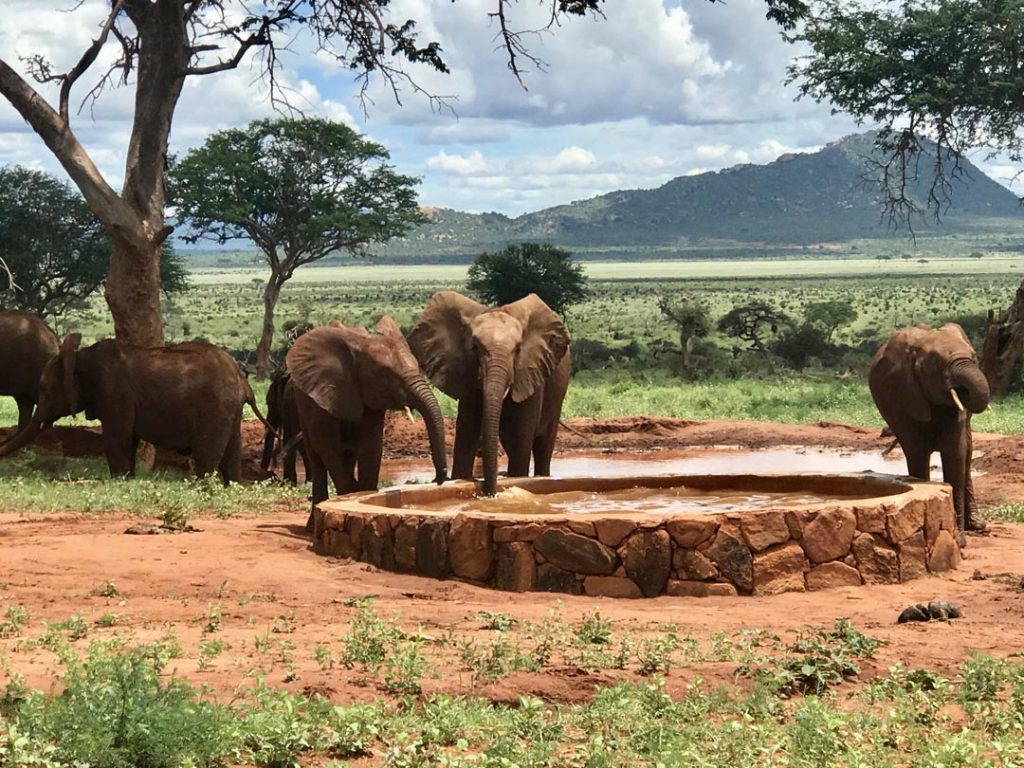 After driving many hours from Nairobi to the Umani Reserve, we arrived at a disabled elephant orphanage run by The David Sheldrick Wildlife Trust. As I walked through the entrance, I felt completely at peace as if I had walked into heaven. We were greeted by the elephant caretakers at the reserve who then took us to meet the orphans in their care. Meeting these gentle giants in their natural habitat was a surreal and heartbreaking experience.

Once again, these magnificent animals lost their families because of ivory poaching. Some of the orphans were very interested in us while others were shy; their wariness of humans did not go unnoticed. To cap-off this soul-expanding visit, we were invited to partake in a long trek alongside the elephants. These beautifully emotional creatures were so aware and in-tune with our group trek, and seemed to know we were there to help them. Watching them communicate with each other at levels we humans can hardly comprehend is proof that they have much to teach us. After walking next to the elephants and their caretakers for what felt like hours, we arrived at their boma where they found rest for the night. There’s truly nothing in the world that will ever come close to The David Sheldrick Wildlife Trust Umani Sanctuary. 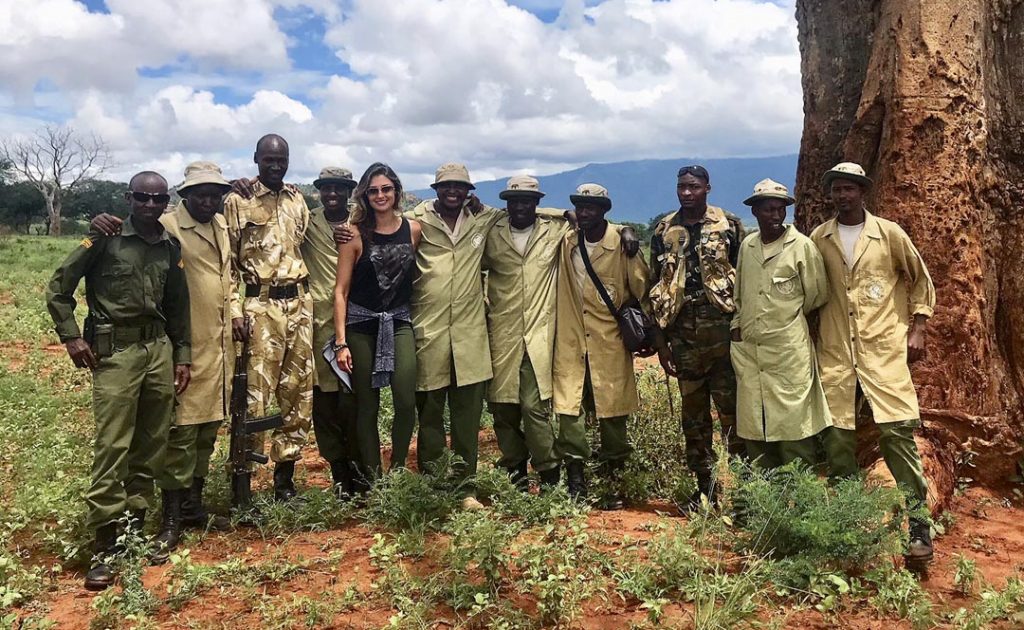 We then traveled to David’s Sheldrick’s Voi Sanctuary in Tsavo. Here we participated in a safari-like experience across the stunning plains of Kenya. It was much different from the Umani forest reserve, but breathtaking just the same. We also met the elephant caretakers at Voi and watched as the orphaned elephants ran at full speed to greet them. Each elephant had their own caretaker who held a large bottle of formula. Some elephants would grab the bottle, wrapping their trunks around it to feed themselves, while others would let their caretakers hold on while they gobbled the formula up in seconds.

The orphaned babies need 24-hour care so each of the caretakers dedicate their lives to their orphan’s care until they are strong enough to venture out on their own, reuniting with each other in the wild. These orphaned babies are considered family to the reserve and to their caretakers. The feeling of family and oneness came over me as I witnessed the amazing connections on the reserve. While the disgusting practice of ivory poaching and trophy hunting continues, there are good people that dedicate themselves to caring for and raising orphaned animals. In the midst of heartbreak, there is beauty and light.

We said goodbye to the spiritual plains of Tsavo and continued on to the final stop in our journey. We were headed to see the last two female Northern White rhinos on Earth. Sadly, the last male Northern White rhino, Sudan, passed away last month at the age of 45. When we arrived at Ol Pejeta Conservancy, we met CEO, Richard Vigne. Richard is helping to save the Northern White Rhino from extinction in the wild. Richard explained to conservationist and rhino expert Dan Richardson and me that IVF (In Vitro Fertilization) research is the only remaining solution. The looming stumbling-block is that Ol Pejeta has to raise 9 million dollars to conduct the first-ever rhino IVF treatment. It was shocking for us to hear that this is the situation in which the human race has placed the Northern White rhino. It is now our job and responsibility to reverse the damage we have done that has brought about their extinction in the wild.

While at Ol Pejeta, we met Zachary and Peter, the former caretakers of Sudan, and it was an extremely emotional and heart-wrenching experience. Zachary shared his connection with Sudan, telling us that Sudan meant the world to him. Seeing Sudan die made Zachary feel like a piece of his heart went missing.

Our trip to Africa highlighted one main commonality for me: the relationships between caretakers and the animals they have saved are unique, beautiful stories. It proved to me that you don’t have to speak the same language or even be the same species to feel love for another sentient being. My heart is and always will be in Africa. 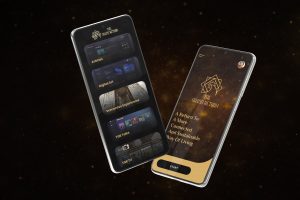 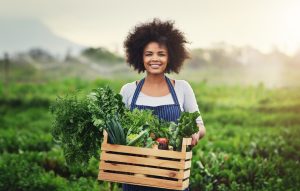 2019 AWARD #1 BEST PRINT MAGAZINE and #1 in Magazine Inserts in 7 states of US West Coast! 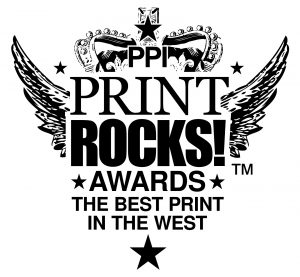 Face the Current is read in more than 56 countries! 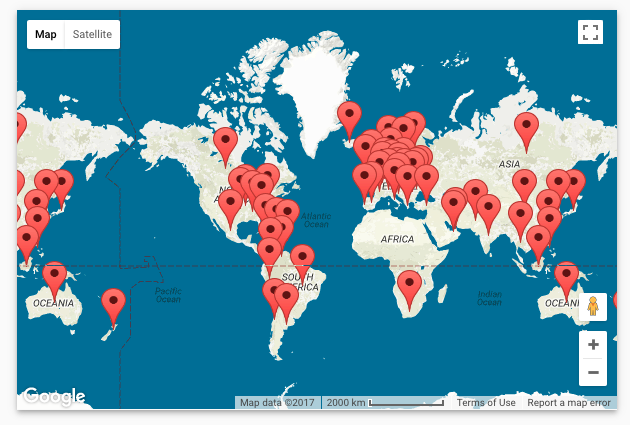 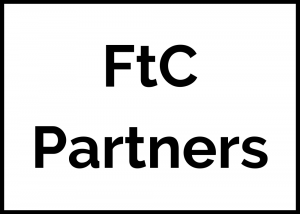 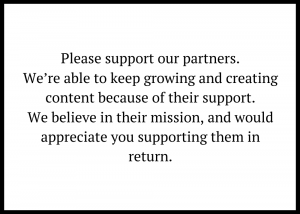 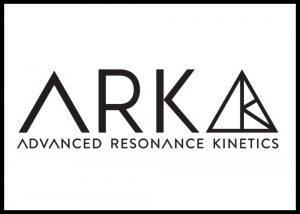 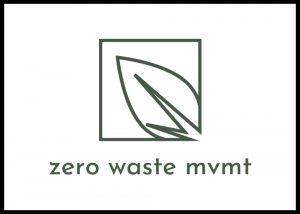 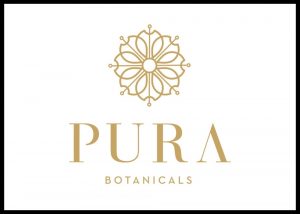 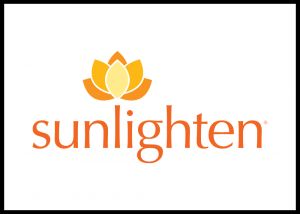