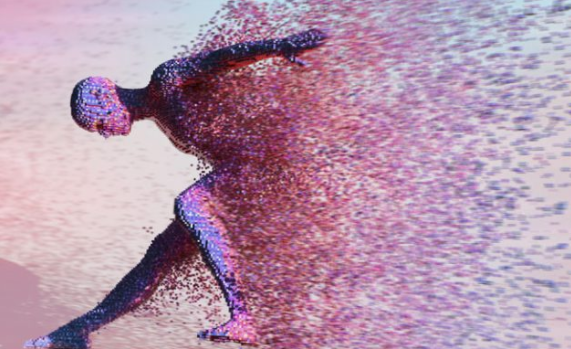 My father was a great man. He raised nine children, and taught me many of the values that have guided me through life. He was an outstanding dentist and understood that the health of the mouth and teeth reflected the health of the body. Looking outside his profession, he was also a student of human health, interested in a diverse range of health-related topics including nutrition and hormones, and even more esoteric subjects such as energy fields and chakras.

He was excited to share these things with his children, and I fondly remember our discussions on a wide variety of health-related topics. When I was in my early twenties, he gave me a gift that had a profound impact on me—it was a book by Dr. Weston Price titled, Nutrition and Physical Degeneration. I’ve had this book for almost fifty years and have read it many times.

Dr. Weston Price was also a dentist who understood that dental health reflected overall health, and that dental caries (cavities) were an early sign of systemic health problems. From 1930 to 1936, he and his wife traveled around the world and visited different cultures that had not yet adopted the Standard American Diet (SAD) of highly processed foods. His research offers a window into the past that would be almost impossible to duplicate today since most cultures around the world are now heavily reliant on processed foods. He visited Eskimos and Indians in the far north, natives in the Amazon and the high Andes, Australian aborigines, New Zealand Maori, Pacific islanders, African hunter-gatherer tribes, and isolated farming communities in the Swiss Alps and the Outer Hebrides Islands.

He documented the incidence of dental caries in these groups, noted the rates of infectious disease (tuberculosis mainly), and collected samples of foods they ate for nutritional analysis. When possible, he located groups living in the same area who had abandoned their native foods in favor of processed foods provided by trading posts and missionaries. Below is one of many pictures in this book showing the excellent teeth and facial structure of South Sea Islanders eating a native diet.

In all the groups he studied, the results were similar: those eating a native diet had very low rates of dental caries, from zero to less than two percent of teeth affected. Neighboring groups from the same cultures and tribes who were trading for or buying processed foods showed a significant increase in dental decay, with between twenty-five to more than seventy-five percent of teeth affected.

The groups that had abandoned their traditional diets for processed food also showed significantly higher rates of tuberculosis. The processed foods they were consuming mainly consisted of white flour, white sugar, jams and syrups, processed vegetable oils and shortening, and cereals.

One of Price’s most striking observations was of the children whose parents were eating these processed foods. Not only was the rate of caries much higher than those of children raised on traditional foods, but there was also a significant alteration in the facial structure of the children born to parents eating processed foods—their dental arches and nasal passages were narrower, and their teeth were crowded as a result. He also noted that a majority of these children were mouth breathers; a condition that is always associated with other health problems.

Dr. Price also postulated the existence of an unknown nutritional factor in certain fats such as butter and fish oil that appeared to provide protection against tooth decay. He observed that all the populations he visited that had very low rates of tooth decay had access to butter from cows pastured on rapidly growing grass, or to seafood—especially fish eggs. Dr. Price called this factor “Activator X”, and his prediction was verified with the discovery of Vitamin K2 (menaquinone) in the 1950s.

This fat-soluble vitamin has been shown to regulate calcium deposition. In other words, it promotes the calcification of bones and prevents the calcification of blood vessels and kidneys. Therefore, it plays an important role in preventing heart disease, arterial plaque, osteoporosis and tooth decay. Price documented the reversal of dental caries in children when he provided a combination of cod liver and high vitamin butter oil in their diet. Modern diets are significantly lacking in K2 due to the vilification of saturated fats in our culture, and I have explored this in depth in my article The Widespread Epidemic of Disease in America: A Closer Look at the Over-Consumption of Polyunsaturated Fats.

Dr. Price’s observations are a classic example of what is known as an “evolutionary mismatch”. According to Harvard evolutionary biologist Daniel Lieberman, “The fundamental answer as to why so many humans are now getting sick from previously rare illnesses is that many of the body’s features were adaptive for the environments for which we evolved but have become maladaptive in the environments we have now created.”

"Mainstream medicine calls many chronic diseases we suffer from (such as diabetes, obesity, heart disease, cancer, etc) the 'diseases of civilization'. These diseases are currently increasing at alarming rates." -Dr. Bentz Click To Tweet

I’ve discussed Metabolic Syndrome in other articles and I believe it is another example of a “mismatch disease”.  Metabolic Syndrome arises from disrupted glucose and fat metabolism, and significantly increases the risk of Type II diabetes, heart and kidney disease, cancer, dementia, macular degeneration and neurological conditions such as Parkinson’s. It is characterized by insulin resistance from excess consumption of refined carbohydrates and processed vegetable oils that were only recently available to humans. Our bodies did not evolve to consume these foods and they are now wreaking havoc on our health.

Unfortunately, there are other mismatches that are degrading our health as well. Because we evolved in environments that required physical activity for survival—without cars and domesticated animals for work and travel—our ancestors were primarily hunter-gatherers for most of our evolutionary past. This lifestyle required somewhere between seven to ten miles of walking or running on a daily basis! Our modern sedentary lifestyle is just the opposite. We park as close as we can to the supermarket, ironically shortening the walk to acquire the processed food we were never designed to eat. We are now seeing unprecedented levels of physical disability as a result of this drastic lifestyle divergence. Another often-overlooked mismatch pertains to our immune systems. Our culture is obsessed with germs and we aggressively disinfect our homes, food, and bodies with an arsenal of germ-killing agents including soap, bleach, steam, antibacterial cleansers, and antibiotics. We tend to forget that our body is host to a microbiome: trillions of organisms that inhabit our skin, gut, respiratory tract, and other organs. These foreign microbes outnumber our trillion or so cells by ten to one, and are critical to our health.

One of the current theories regarding autoimmune disease is called the “hygiene hypothesis”, first proposed by David Strachan in his 1989 article in the British Medical Journal. His idea was that a certain amount of dirt and germ exposure was necessary for the development of a healthy immune system and has been echoed by Dr. Zach Bush in his study of the human microbiome.

There are also several studies showing that children raised in excessively sterile environments have a much higher incidence of allergies and asthma, and this idea has been implicated in the increasing rate of autoimmune diseases. In our quest to rid ourselves and our environment of microbes, we have turned our immune systems against us. Our immune system becomes akin to vagrant youths with no constructive outlet for their pent-up energy. This postulation explains the accumulating evidence that intentional exposure to certain parasites has been very successful in treating autoimmune diseases such multiple sclerosis and inflammatory bowel disease.

"Our bodies evolved to grow & develop by interacting with our environment. Our bodies need appropriate & sufficient stressors to develop its capacity to adapt to the external environment." -Dr. Bentz Click To Tweet

Our increasing tendency to separate ourselves from nature and isolate in cocoons of comfort works directly against our evolutionary history. It’s no wonder that while our lifespan has increased, our “healthspan”—the amount of time we live without disease or disability—has decreased.

Referring back to Dr. Price’s book, Nutrition and Physical Degeneration, several other authors have also documented the physical degeneration of the human species. Jared Diamond has authored several books on human prehistory including Guns, Germs, and Steel; Collapse; and Upheaval. In a 1999 article in Discover Magazine titled The Worst Mistake in the History of the Human Race, Diamond describes the archeological evidence of the physical deterioration of humans after they abandoned hunting and gathering for agriculture. Human skeletons from early agricultural cultures were shorter, had smaller and weaker bones, and displayed more dental decay than their hunter-gatherer counterparts. While it is unrealistic for modern humans to return to a hunter-gatherer lifestyle, there are several things we can do to prevent and reverse some of the deleterious effects evolutionary mismatches have wrought on us.

Dr. Jim Bentz, D.C. is a Chiropractor, Speaker, Health Coach & Educator, Trainer & the US Leading Practitioner in Neurological Integration System (NIS), a method of restoring communication between the brain and body based on the principle that the brain monitors every cell in the body.

Putting Microbes Under the Microscope: The Paramount...

Looking to the Future of Peak Performance:...