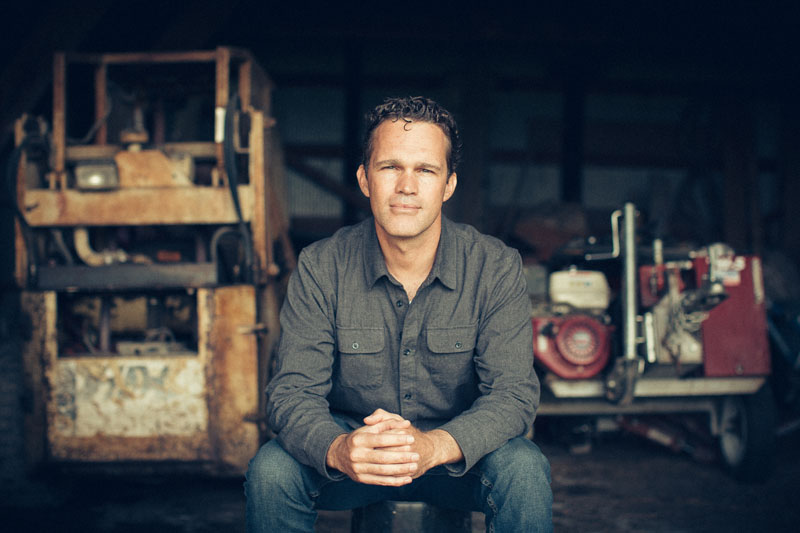 While we think of farming in terms of rolling fields, highly automated farming equipment, and vast harvest quantities, modern-day mega-farming is a relatively young industry. The beginning of Western Civilization coincided with the industrial revolution and the innovation of the plow. Large swaths of soil could suddenly be turned over by a single farmer, allowing an individual to produce more food than their family could possibly consume. The era of division of labor and specialization had begun.

This Face the Current Culture Feature is published in Issue 25 Sept/Oct 2019 Edition.  Order PRINT here, SUBSCRIBE to digital membership for unlimited access, or continue reading this article below.

That was 1100 years ago. Over the last hundred years, we have seen this development lead to two catastrophic events for the fertile soils of the United States, both times with direct and rapid consequences on human health. The dust bowl of the 1930s was the result of over-tilled soil in the Midwest, as well as a lack of soil care. As the root systems of ancient grasses were destroyed throughout the Midwest, the soil lost its ecosystem and anchor, eventually becoming dust. This dust became airborne and choked the west in massive dust storms that further decimated ecosystems of microbial life. The United States was starving, our grandparents stood in soup lines, and the economy dried up just as the soil did.

During World War II, we witnessed the end of starvation through the “Victory Garden” movement—an advertising campaign implemented throughout the Allied nations that highlighted the patriotism of the backyard garden. By the end of the War, Americans were growing forty-five percent of their food in their own backyards.

Crop yields remained low in the commercial agriculture setting as soil science was still not broadly available. This opened the door for chemical companies that turned their attention to the dust-bowl damaged soils. This redirected the revved-up petroleum industry that had surged to meet the demands of the global mechanized war machine to instead create petroleum based chemical fertilizers—the most infamous being NPK (nitrogen, phosphorous, and potassium). This fertilizer delivery system reduced the thousands of mineral and soil nutrients present in healthy soil to just three that would produce green, fast-growing plants without the need for good soil care practices. The result of the popularity of NPK was the Green Revolution. Rather than scaling farms to good soil and plant health, farms suddenly scaled to massive proportions that would continue to expand to the mega-farms of today in which a few people are employed to manage thousands of acres of monocrop fueled by an ever-increasing amount of chemical life-support.

Over the last forty years these trends in farming practices have produced—for the first time in history—a nutrient-deprived, calorie-rich food system that has been scaled to feed the majority of the developed world. Staple crops are being produced that lack the fundamental building-blocks of biologic life and are devoid of the medicinal components that have been the basis of traditional animal and human consumers.

Predictably, as the health of the soils and the plants that grow in them has diminished, chronic disease has epidemically ballooned. In the 1960s the entire US population had a chronic disease burden of four percent. Today, forty-six percent of our children carry a chronic disease diagnosis. Life expectancy is also twenty years shorter in areas of high agricultural activity within our country. Devastatingly, our children’s generation is expected to have a shorter lifespan than their parents for the first time in American history.

Rather than addressing the root cause of this collapse in the health of our soils, plants, food chain, and humanity at large, we have again deferred to chemical companies for convenient solutions. And, unsurprisingly, they have stepped up. Our pharmaceutical companies are owning the chemicals and the seeds themselves that produce over eighty-five percent of the corn and over ninety-five percent of the soy bean grown in America. Our farmers are seeing a collapse in soil health and the livestock that feed on the GMO seeds. Over the same time period, the US and other developed nations with widespread GMO crop production have seen a collapse in public health, with the highest burdens of chronic disease in history emerging in just fifteen years’ time.

Food is no longer our medicine; pharmaceutical chemicals and drugs are now the main ingredient in our foods. It is time for the American consumer to empower our farmers to take back our food and our right to the health that food should bring us and our children. This is where Farmer’s Footprint and regenerative agriculture comes in.

Regenerative agriculture is exactly what it sounds like; it focuses on rebuilding organic matter and the living biodiversity in soil. This then produces increasingly nutrient-dense food harvest after harvest, year after year. As if that wasn’t good enough, atmospheric carbon is rapidly sequestered underground in the process, doing its part to reverse climate change.

Farmer’s Footprint is a non-profit organization comprised of a coalition of farmers, educators, doctors, scientists, and business leaders that aim to expose the detrimental impacts that chemical farming has had on humans and our precious environment. Through a documentary film series that explores the stories of farm families on the vanguard of regenerative agriculture transitions, Farmer’s Footprint takes a close look at the health of our nation and the environmental impacts that are so critically at stake. In doing so, Farmer’s Footprint offers a hopeful path forward through its regenerative agricultural practices, offering holistic approaches to support farmers, rebuild our vital soil, and preserve our food independence.

How Personal Hydration & Biodata Can Improve...

Embracing the Elements and Life of Adventure...