Paul E. Leimkuehler was born and raised in humble beginnings in Cleveland, Ohio. The oldest of four children, his parents always encouraged Paul and his siblings to participate in and enjoy sporting activities. After graduating from high school and attending Ohio State University, Paul worked as an engineer, yet even still, his ingrained passion for sport beckoned. A gifted athlete, Leimkuehler competed in the 1936 United States Olympic Cycling trials and even became the 1938 Ohio State Cycling Champion. In 1940, Leimkuehler married his sweetheart, Catherine Cawley, and together they had four children.

This seemingly idealistic life changed in an instant, however, when Paul became a second lieutenant during World War II. While fighting in the Battle of the Bulge, Paul was struck with shrapnel in his left leg and the wound was so grievous, he lost the leg above the knee. After transportation to McGuire General Hospital in Richmond, Virginia to recover from his life-altering surgery, Leimkuehler convinced hospital staff in the limb lab to allow him to put his mechanical engineering skills to good use by helping them create braces and fabricate artificial legs. After diving into this specialty, Leimkuehler made his own prosthesis and discovered his true calling and passion in life. During the nine months of his own rehabilitation, Paul worked in the limb and brace shop and shared his personal experiential insights into adjustments that could improve the fit, comfort level, and effectiveness of prostheses.

This Face the Current Sports Feature is published in Issue 26 Nov/Dec 2019 Edition.  Order PRINT here, SUBSCRIBE to digital membership for unlimited access, or continue reading this article below. 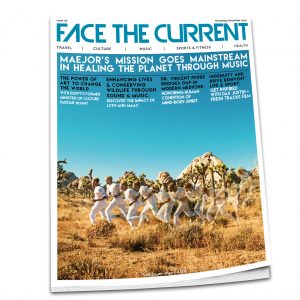 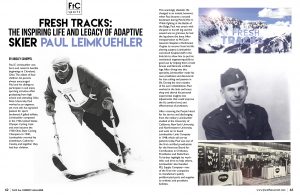 After receiving the Purple Heart for his service and discharging from the military, Leimkuehler studied at the University of California, New York University, and Northwestern University, and went on to found Leimkuehler Limb Company in 1948, which still serves patients today. Paul was one of the first certified prosthetists for the American Board for Certification in Orthotics, Prosthetics and Pedorthics. To further highlight his work-ethic and drive to help others, Leimkuehler also founded PEL Supply Company—one of the first ever companies to manufacture quality prefabricated parts and supplies to orthotic and prosthetic facilities. 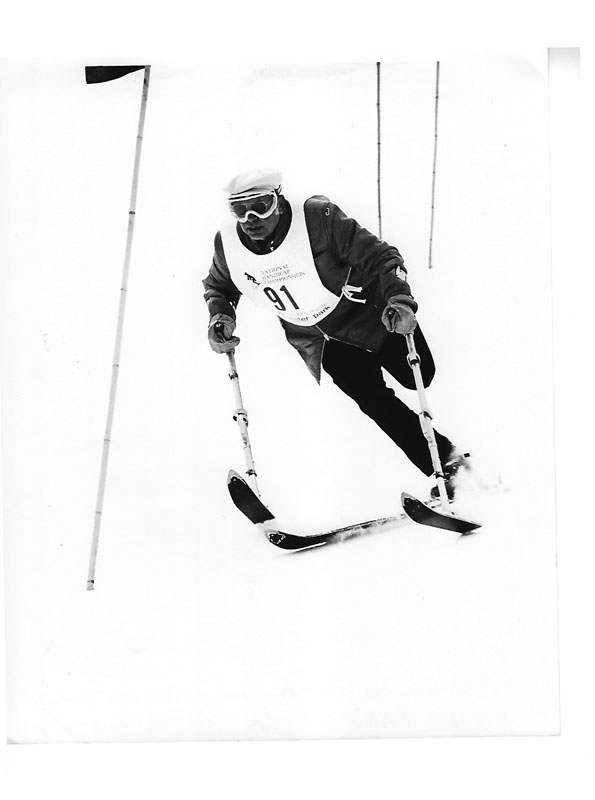 A natural athlete, Leimkuehler resolved to not let his new physical circumstances stand in the way of his own love of sport. While his friends were skiing at Seven Springs Mountain Resort in Pennsylvania, he met an Austrian ski instructor who introduced him to Miracle on Skis—a film featuring European amputee skiers. After some quick research and development, Paul developed his own ski outriggers designed from sawed-off crutches attached to shortened children’s skis. Leimkuehler and fellow amputee Stan Zakas were the first to ski with the outriggers in the U. S. and the results were ground-breaking. Because he wanted to share his invention with others like him, Leimkuehler refused to patent the outriggers and instead shared his discoveries with the amputee community. After connecting with Head Ski Company, Paul also provided equipment to fellow amputees to give them the necessary resources to build their own sets of outriggers poles. This style of adaptive skiing became known as “three-track skiing” and Paul was happy to share his drawings and measurements with anyone who was interested in getting out on the slopes. 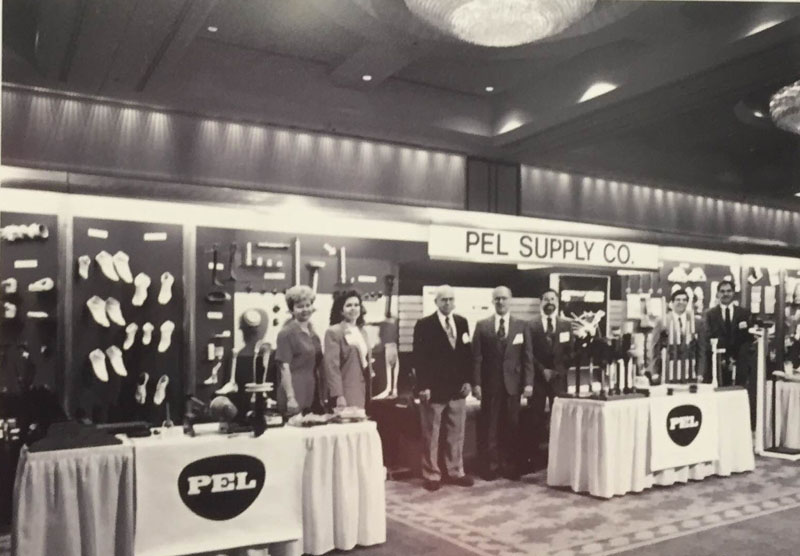 Leimkuehler and his business partner, Bert Fischer, went on to co-found 3 Trackers of Ohio—one of the original adaptive ski programs in the United States. Because of his ingenuity and passion for skiing, Paul Leimkuehler is still known today as the “Father of Three-Track Skiing” and is considered to be a blazing pioneer in adaptive skiing in the United States. His outriggers design has allowed and continues to allow millions of amputees to enjoy the freedom and joy of the sport. 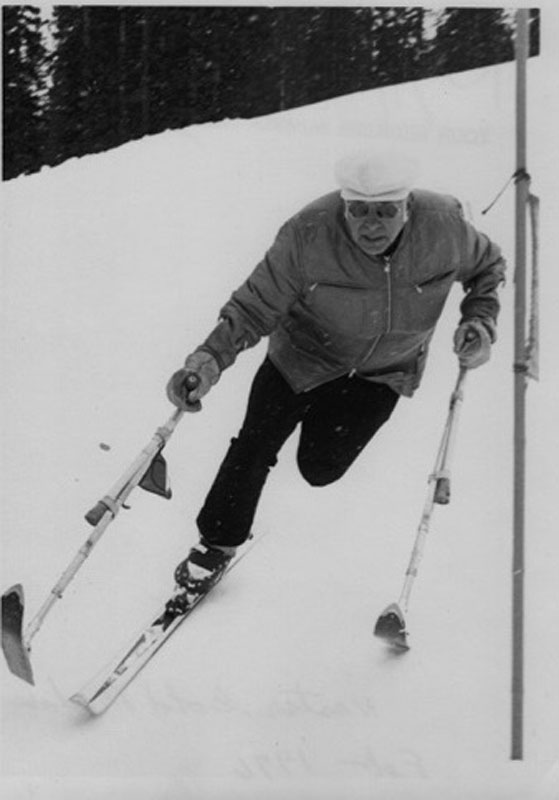 During the 1960s, Paul served as an advisor to the founders of the National Handicapped Ski Race which developed disabled ski programs at several resorts across the country. He also guided Mary Sue (Anter) Tanis as she launched Youth Challenge in 1976. Her organization unites physically disabled children with youth volunteers who mutually enrich each other’s lives through one-on-one participation in adapted sports and recreational activities. Further showcasing his diverse athletic talents, Leimkuehler also began golfing and competed in the National Amputee Golf Tournament for more than eight years.

Leimkuehler’s unique combination of personal experience, engineering expertise, and a genuine desire to help others meant that he was an in-demand public speaker who willingly gave numerous lectures and presentations on the advances in prosthetics. Paul retired from his business in 1978, selling the company to his sons. He enjoyed his retirement and passed away in 1993, leaving behind an incredible legacy and a proud family. 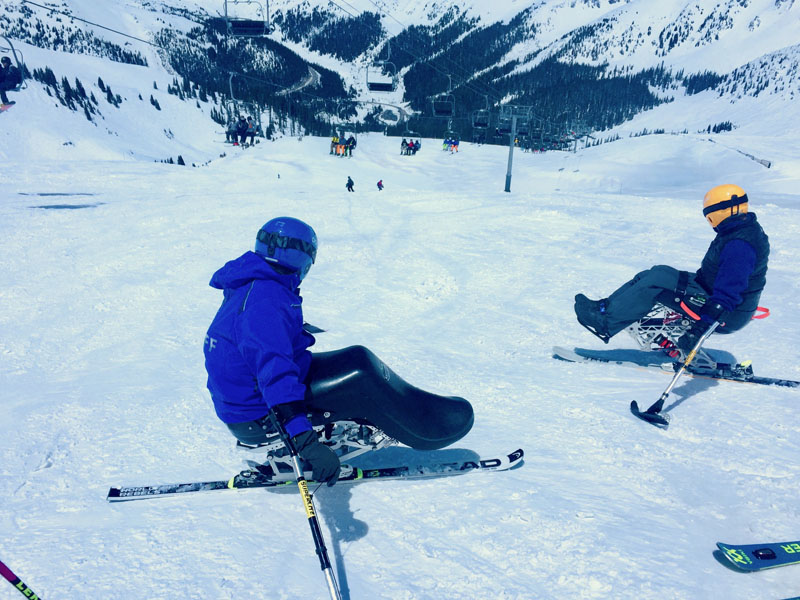 Paul Leimkuehler’s family continues to honor his name and mission in life by supporting several organizations in prosthetics and orthotics, skiing and sports, and veteran-related missions.

His legacy endures today as Paul’s granddaughter, Katie Leimkuehler, CEO of Leimkuehler Media, and her production team have partnered with TFA Group (a purpose-driven content production company) to create a documentary showcasing her grandfather’s life. An expert branding storyteller, Katie has produced a moving documentary titled Fresh Tracks that highlights her grandfather’s extraordinary life and inspiring ingenuity, also revealing his modern-day impact on Paralympians such as snowboarding gold medalist Mike Schultz and skiing gold medalist Andrew Kurka. Coming this winter, Fresh Tracks will prove to inspire and uplift, demonstrating that no obstacle is too big to surmount and certainly no mountain too big to conquer. 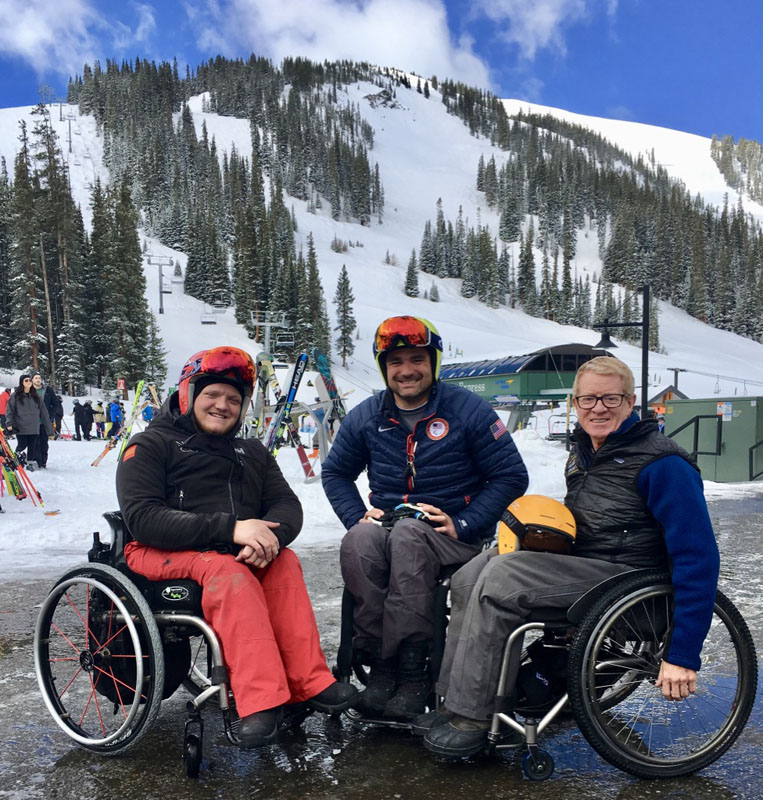