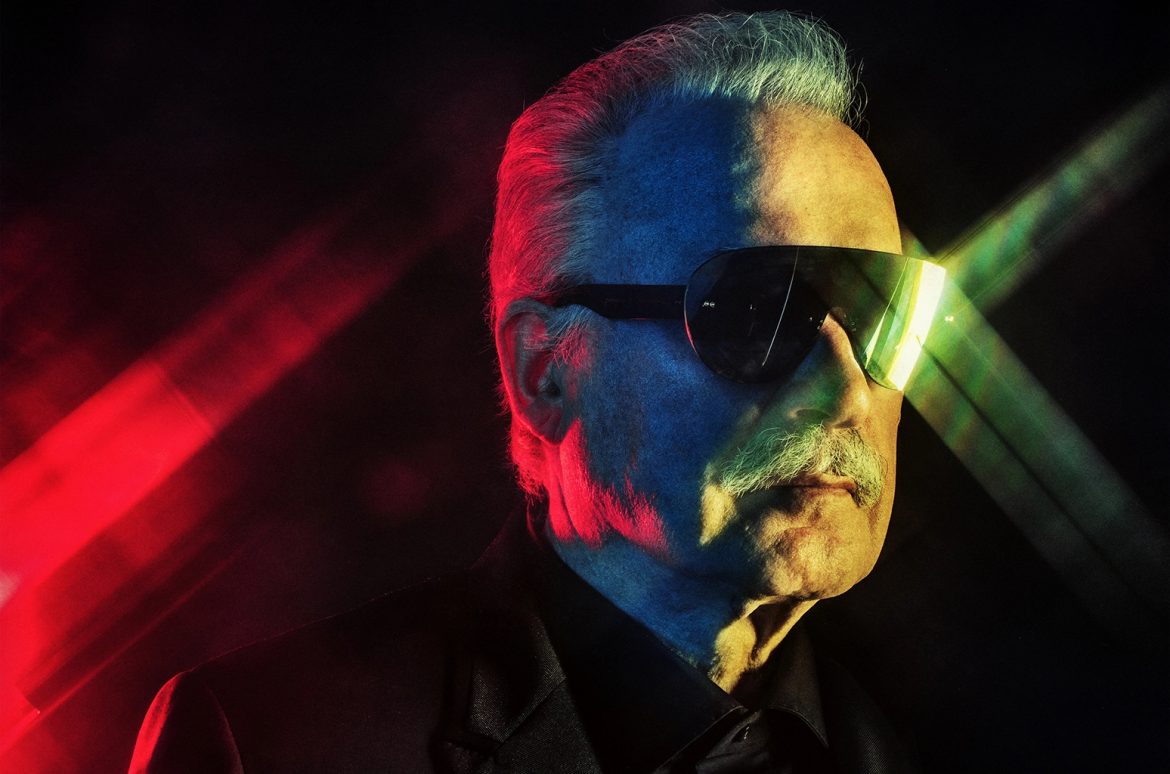 Giorgio Moroder began his music career in Munich, as a humble bass player. During the early 1970’s he met and collaborated with Donna Summers, whose career had not yet taken off behind the microphone at that point. After the two released “Love to Love You Baby” and “I Feel Love” his previously unimagined synthesized twists on the classic sounds of the time, left the world in a craze of Disco Fever… changing the course of music forever. Giorgio’s incredible abilities caught  the attention of Director Alan Parker, who requested that Moroder create the soundtrack for “Midnight Express.” Many other classic scores followed for iconic blockbusters such as Metropolis, Flashdance, Scarface, Top Gun and The Never Ending Story. Moroder went on to collaborate with some of the world’s greatest artists, including Barbra Streisand, Cher, Elton John, Janet Jackson, David Bowie, Freddy Mercury and Chaka Khan and Moroder collected an impressive array of 3 Academy Awards, 4 Golden Globes, 4 Grammys and more than 100 golden and platinum records to look back on.

But this man never looks back, with his incorrigible energy and openness, having by this time written songs for 3 Olympics events, Giorgio reappeared with the same charismatic attitude in 2013, hypnotizing the world with his intimate vocal tribute to his love of and dedication to music, in “Giorgio by Moroder” on Daft Punk’s Random Access album.  Giorgio decided to continue with a festival tour; playing Wireless Festival, Pasha Ibiza and Vivid Festival amongst others. He followed that by getting straight into more collaborations with a younger generation of producers and artists, working with Britney Spears, Kylie Minogue, Matthew Koma, Sia, Charlie XCX and more, on his new album Déjà vu, released by Sony/RCA in 2015. It was really no surprise when the album shot to No.1. in America on the EDM charts, yet again highlighting his innate genius and ability to adapt timelessly to all genres. Giorgio Moroder talks to FtC about his memories and visions… and the secret to his creativity. 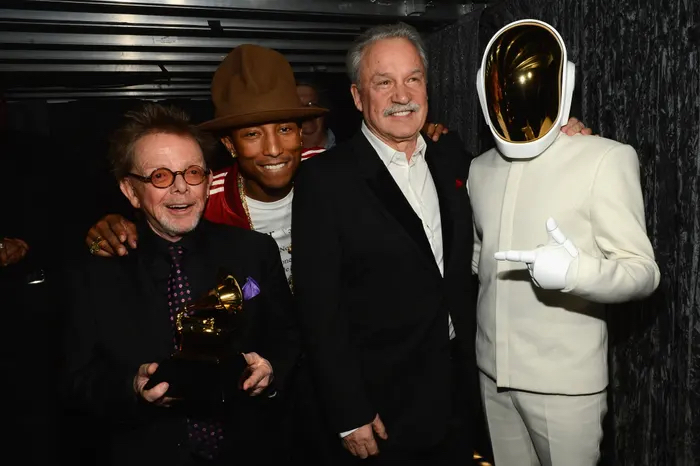 As the founder of disco and pioneer of electronic music, how do you feel today about where EDM has been taken today? Is there anywhere it hasn’t gone yet where you would like to take it in your career?

Oh I love where EDM is today. Anywhere it hasn’t gone yet? Well they did just discover the new solar system… maybe we could see what they are making on Trappist-1.

You have seen and steered significant change within the music industry. Are you still reaching into the future, or are you currently working more with present sounds? Do you have any plans tucked up your sleeve for setting a new course for the future of music?!

I don’t think you can plan to change the course. That’s when you try too hard. It doesn’t work. I am constantly creating. Who knows where my creations will go. 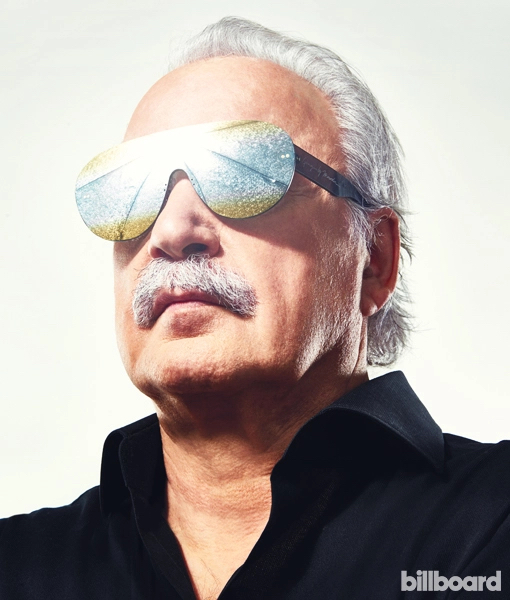 Congratulations on your Grammy award for your work on Daft Punk’s Random Access Memories. What do you feel made this particular collaboration unique and really stand out above others?

Every collaboration is special in their own way. This one was so special because they knew so much about me. They are such musical geniuses that they turned me talking into a song! It’s funny, sometimes I go places and people recognize me by my voice.

What have been some of your favorite/most memorable collaborations and why?

They are all my favorites! Donna will always have a special place in my heart though.

The “Queen of Disco” Donna Summer was working as backing singer and actress in musicals before you guys collaborated. You approached her right? Tell us how it all unfolded after that.

Oh it was all very natural. We worked together very well. We never went into it trying to change the face of music, but it did.

You’ve been coined “The Godfather of Modern Dance Music” with your influence found nearly everywhere in music today. What’s it like for you wearing this hat?

I like being called father better than godfather, but hey as long as its not grandfather! I think I am the oldest DJ around though! 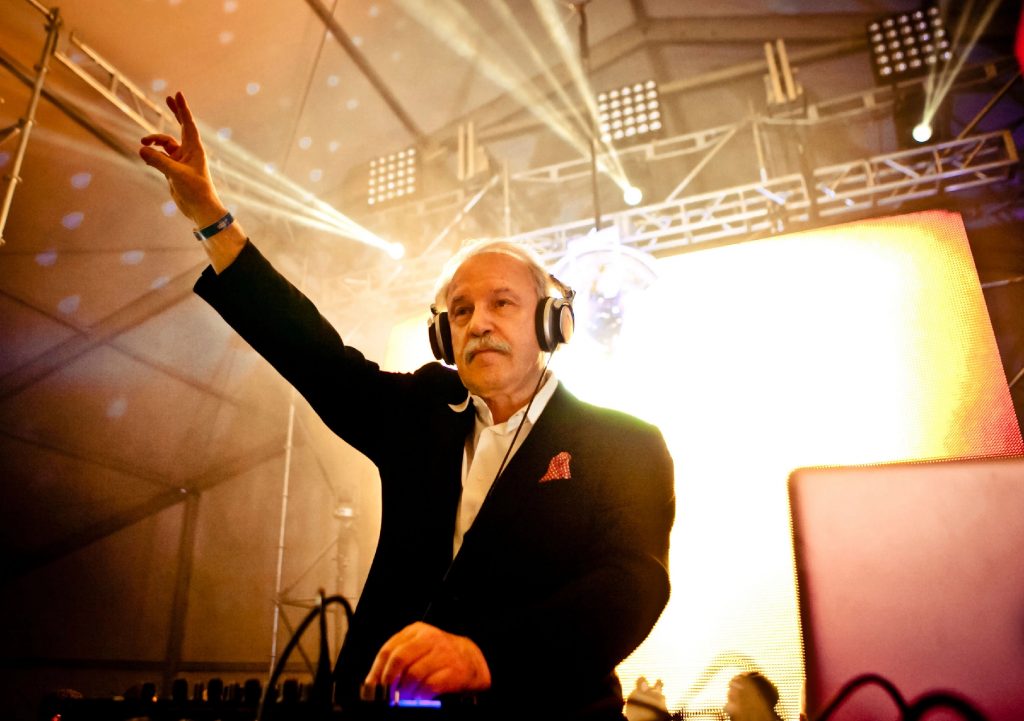 Is there any genre of music you haven’t yet collaborated on that has tempted/intrigued you to do a project on?

I want to do everything!

Society places so much focus and pressure on achieving when you are young and stepping back and taking it easy when you are older. In a recent Rolling Stone interview, you said “74 is the new 24.” Tell us a bit about your take on this philosophy and your secret to maintaining such an active demanding lifestyle and looking so good

Oh you think I look good? (laughs) I think you mean my wife! Honestly age is just a number. Each year I feel I know more, and thus can do more! I retired for a little and it was so boring. So now I’m back to living, basically just like I was 24!

You are timeless, ageless, your productions have touched people over decades and your adaptability is legendary. Many artists bloom in one generation or genre but fade in the next. How do you maintain your inspiration and ability to connect so profoundly with completely new territory and then work with it so effortlessly?

I am inspired by everything, but there is definitely a lot of effort! I work very hard on all my songs, I work closely with my label and with my team.

Were there any artists in particular whom you didn’t expect to be influenced by, who did just that?

Well of course, so many younger guys inspire me all the time! When I was growing up I never thought the DJ would be the star, or that I would be inspired by someone younger than me, such as Martin Garrix, Skrillex, Marshmello…

What does a typical day in the life of Giorgio Moroder consist of these days?

Oh, on an average day I wake up, take walks with my wife Francisca, do my crossword puzzle, go to the studio and occasionally play a DJ gig! 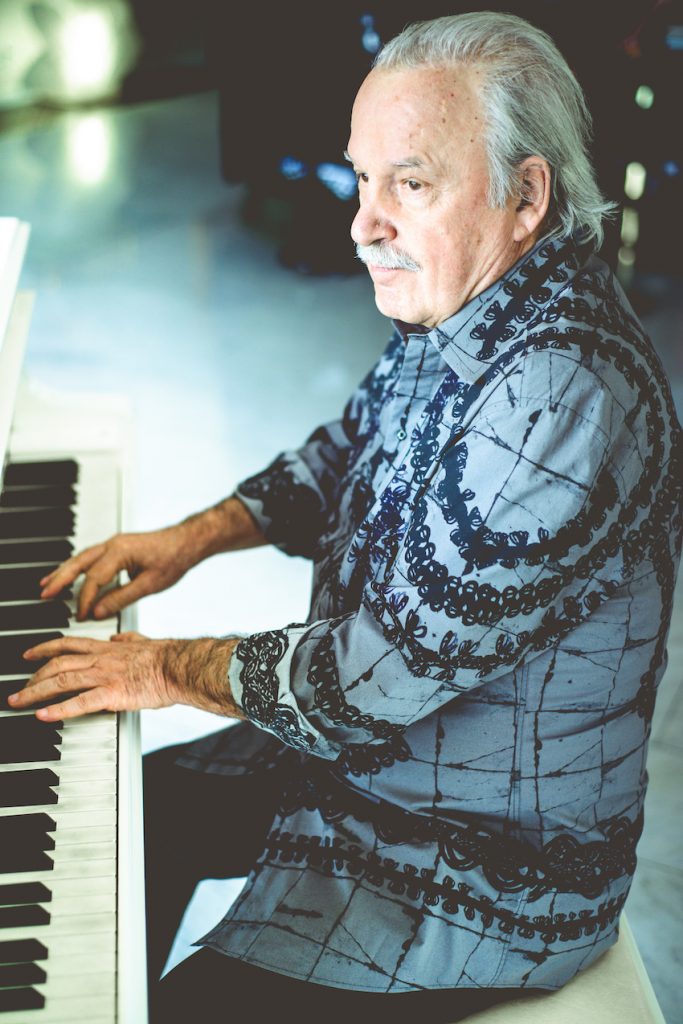 Without even realizing it at the time, you became the voice and message of hope and inspiration for many via Giorgio by Moroder (Random Access Memories). If you were to consciously choose another message of hope to send out to today’s society in general, what would it be?

You can do so much, you have unlimited knowledge at your fingertips, the power to use your voice to reach millions of people. Use it wisely, never get discouraged, and always try to do good.

If I tell you, I have to kill you.. just kidding but my manager may…

Changing the subject rapidly then (laughs)… To all up and coming producers out there who want to get into making film soundtracks, what’s your top tip?

Create from your heart. Don’t give up. 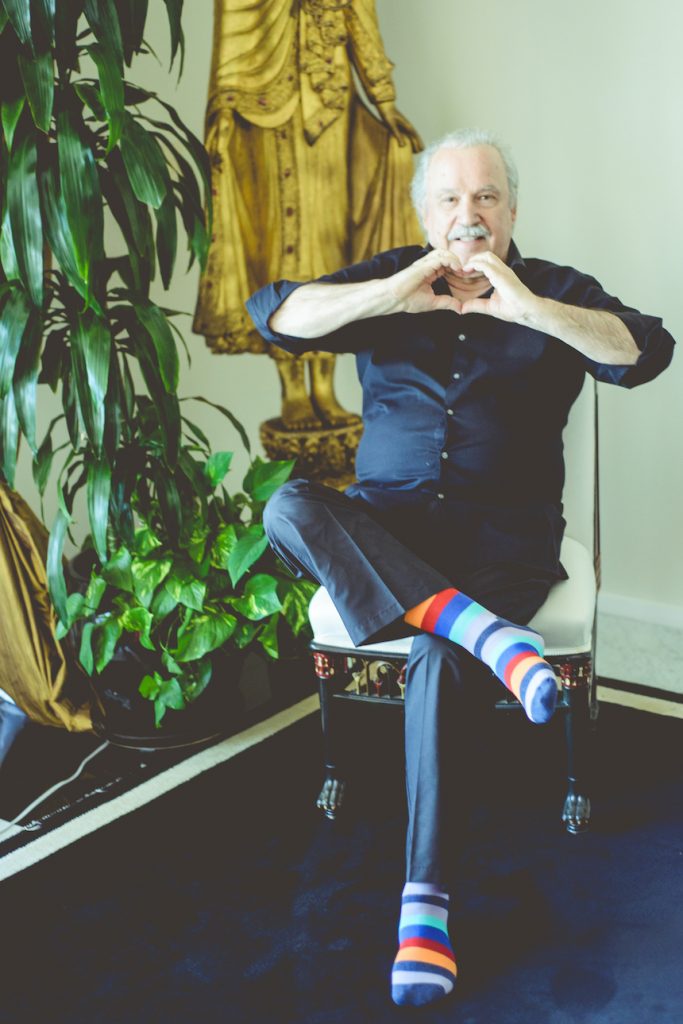 Giorgio, thank you so much for taking the time to talk to Face the Current, it’s been a pleasure! Would you like to leave a final word for our readers before you go?

And thank you Giorgio, what an honor and pleasure to have you with us for Face the Current!  To keep up with Giorgio (if you can!), you can find more information and links to his latest tracks and upcoming performances on his website:  www.giorgiomoroder.com