Intuitive Music and Living Through Love: The New and the Now of CVBZ 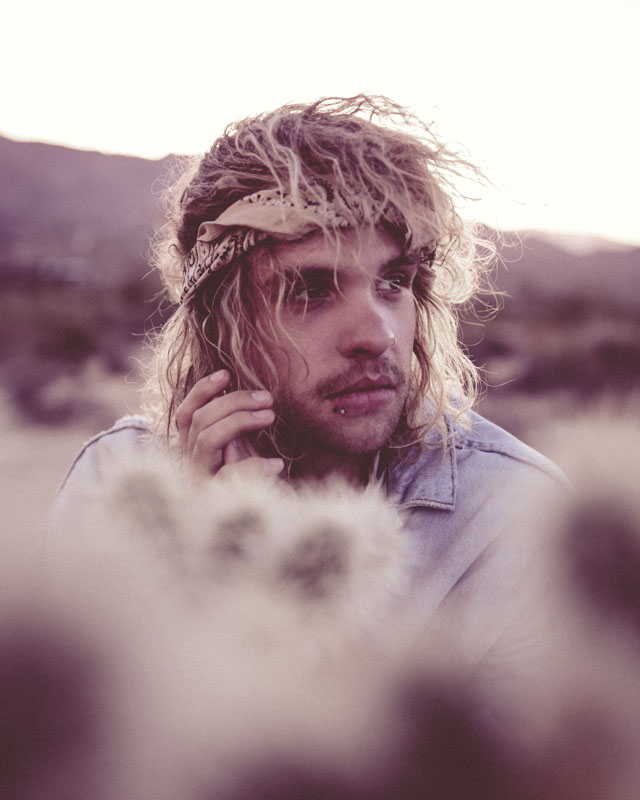 CVBZ—pronounced “cubs”—is the play-on-words stage name of producer and singer, Sean Jacobs. After enjoying success with his 2017 breakout hit, “Be Somebody”, CVBZ also contributed to the vocals on “Feels Great” by Cheat Codes featuring Fetty Wap; a song that exploded on the scene later the same year. CVBZ released his debut EP entitled River in 2018 and followed that up with “Louder”, an energizing single in 2019. He is now back and better than ever with his brand new single, “Feel Like You’re Mine.”

On a continuous journey of spirituality, CVBZ has not only been expanding himself through personal vibrational frequencies, but he’s elevated his music with the intention of creating projects that are in-tune with his current vibe and most authentic self.

Face the Current flowed into an easy and enlightening conversation CVBZ about the waves of life, the ways in which he deals with the constant ups and downs, his inspirations, and the new direction his music is taking.

This Face the Current Music Feature is published in Issue 28. Order PRINT here, SUBSCRIBE to digital edition for unlimited access, or continue reading this article below.

Santina Murin: Congratulations on the new single, “Feel Like You’re Mine”! You said it’s a song about acceptance and that just when you think you’re fine, the universe will test your will and shake its foundation. How have you felt tested lately, and when your will is tested, how do you stay strong and keep moving forward?

CVBZ: I’ve felt tested in many, many ways, but in the context of this song, I’d have to say that I’ve mainly felt tested by the tides of grief. It’s easy to think you’re out of the woods when one day you wake up and feel like you’ve moved on. However, all it takes is something like a friend telling you about a salacious Instagram post and then you feel like the world’s moving on without you, and the waves comes crashing down again. I guess the point of healing is to face the waves and hope that each one gets smaller and smaller—that’s the hope (fingers crossed).

SM: There’s no question this new single is a different vibe and different CVBZ sound than what you’ve put out in the past. I feel like your whole essence as a man and a human has evolved as well. How has your path on spirituality and enlightenment impacted your musical artistry?

CVBZ: My spirituality has been a six-year process, beginning with basic meditation and vibrational attraction, but plant medicines were the entry way to the true higher path. It certainly opened my eyes to what I was missing and one of those things was the music that came from my soul.

I remember my ex used to say, “Why don’t you put out the music you actually make at home?” When someone that close to you asks such a remedial, yet profound question, you have no choice but to open your eyes. Don’t get the wrong idea—I am in love with my past records, but these new ones are going to be just a bit more aligned with my vibe.

SM: Because you’re on such a meaningful and purposeful journey of self-acceptance and self-love, who are a few people currently inspiring you in your personal and professional life that perhaps a younger version of yourself wouldn’t have been ready to understand?

CVBZ: I am super inspired by Matty Healy’s vulnerability in excising his demons through music. I am also truly inspired by my close group of friends, particularly my bandmate Justin Kroger. He is the kind of guy everyone wants to be around because he sees everyone’s value and has the ability to accentuate their strengths while having the patience and the grace to keep the peace when things aren’t harmonious. I get really impatient and impractical, so it’s soothing to have someone like that around to be a grounding presence when needed.

We’re faced with thousands of choices on a weekly basis and it’d be unreasonable to expect to do the right thing for your highest good every time. Moving on is easy when your life is going well, but when the odds are stacked up against you it’s easy to want to stop time and drag everything down with you. The only way to get over something is to dive deep into and go through it.

SM:  Besides your most recent single, which of your songs is your favorite and the most in-tune with your perspective on life at this given point in time?

CVBZ:  It’s a song you haven’t heard of yet called “Next Life”. It’s about my views on love throughout this life and the way in which it weaves through our past lives and future incarnations. It’s by no means a “bop” track, but it means a lot to me. My favorite line is: “I wish you peace, I wish you hell, I wish you well.”

SM:  All we have is the current moment we’re in, but do you have any specific goals for the near or far future that might include a full-length album, tour, or perhaps more festival performances?

CVBZ:  Yes, I want to release my next project entitled, “I wrote this before I knew it was too late”. It’s a series of songs that I intuitively wrote. It’s really strange, but right before my life completely changed, I started writing tons of songs about the stuff that was about to happen to me. I had no idea of what was coming but my higher-self seemed to know. That’s where the songs come from—the ether; that place beyond places that only resides in the world between worlds. That’s where our intuition comes from.

SM:  Overall, the year 2020 is a shift of consciousness; a beautiful elevation. Do you feel this year will be impactful and set the tone for what’s to come both musically and in life in general?

CVBZ:  I remember stepping off stage right around midnight on 2020 and I felt something in the air. I took a deep breath and thought, “Wow, all of this pain is about to pay off in a huge way.” I know everyone says, “This is going to be my year,” every January first at midnight, but this time there was something different. This shift is powerful and those who are aware and accepting of it will reap what they sow.

SM:  Do you have any true regrets, or do you just see them as opportunities for growth? How have you learned to move beyond them and forgive yourself if necessary?

CVBZ: Of course I do; I think everyone does. We’re faced with thousands of choices on a weekly basis and it’d be unreasonable to expect to do the right thing for your highest good every time. Moving on is easy when your life is going well, but when the odds are stacked up against you it’s easy to want to stop time and drag everything down with you. I spent the fall relapsing into grief while convincing myself anger was more empowering than tender surrender into sadness. Because of this, I stuffed a lot of ugly feelings inside. The only way to get over something is to dive deep into and go through it. I would certainly not suggest “moving on” in terms of a relationship by finding a new significant other before you’ve spent A LONG TIME alone, because you’re just going to repeat karmic patterns and end up hurting someone else or yourself. You’re not strong until you can stand on your own, so don’t go messing around with someone’s energy until you’ve got a handle on your own.

SM:  What makes you feel like your most authentic self?

CVBZ:  Aligning with source is the only real way to bloom within your own self, and there are many ways to do that. For me it’s about getting into what I call “the field”. I spend a lot of time trying to attune my vibration to self-love and acceptance, and when I do so, my body begins to uncontrollably tingle and then elation sets in. I achieve this by listening to guided meditations and I follow that up with full-body energetic scans. I then take it into the real world by listening to super uplifting music and walking outside. If it doesn’t happen at that point, I just accept the fact that I’m going to have a lousy day.

SM: To anyone just now discovering CVBZ, what is the primary message you want them to take away from you as an artist and person?

CVBZ:  You create your outer circumstances with your inner frequency. If you’ve been following me, you’ve seen me rise to a place of success one year and then go into the shadows the next year. This happens because of the momentum of my own thoughts and the ways in which they manifest in the physical dimension. The biggest lesson I can provide is that your only job in life is to feel good, be good, and call the good into your own existence.

Intuitive Music and Living Through Love: The New and the Now of CVBZ was last modified: March 13th, 2020 by Santina Murin

Santina Murin is a young spirit and old soul eager to travel, explore and expand. After graduating from college in 2015, she spent time learning more about herself through new experiences in California, Oregon, and New York. After recently moving back to her native city of Pittsburgh, Santina is intent on nding a newfound love for “home.” Santina loves expressing her creative side through writing her own poetry, but there’s nothing that makes her feel more alive than being in the presence of live music. More than anything, her soul shines brightest from the ow of connection through conversation with artists she’s so passionate about. www.borntovibe.net

Are You An Artist? Discover Moon Jelly’s...