Jack Belcher, Host of the Weekly Trance & Progressive Podcast- From Dubai With Love 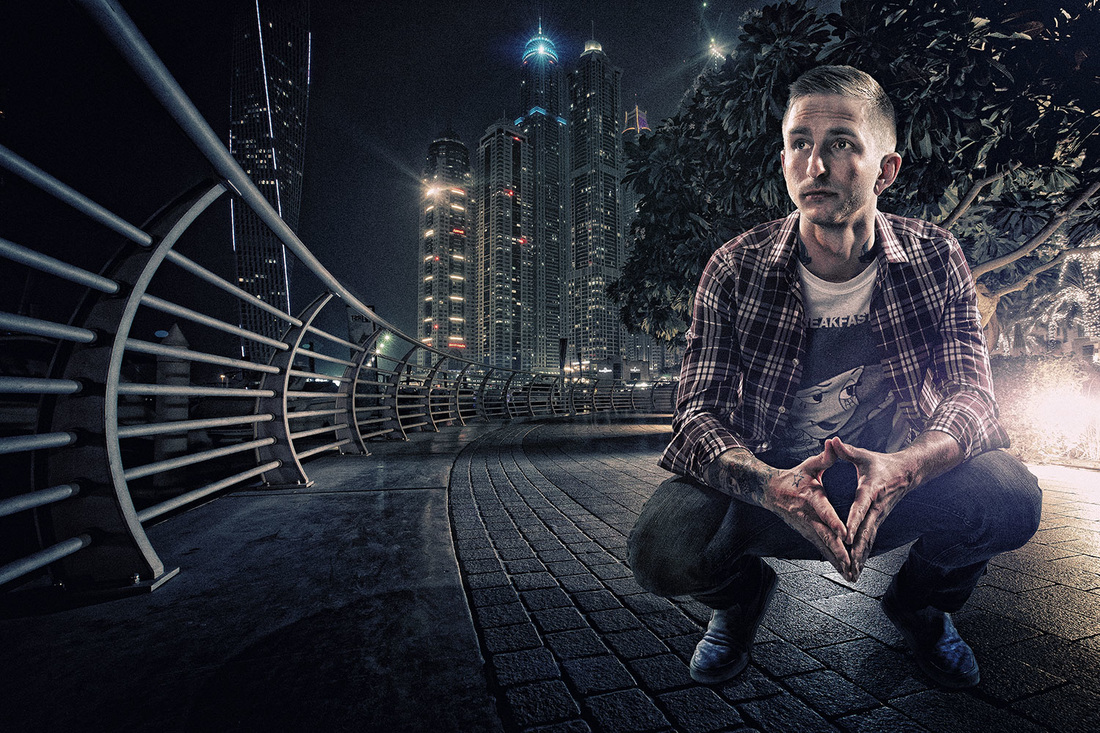 From the desert to your speakers, Jack Belcher presents From Dubai With Love: 60 minutes of the very best in trance & progressive. Since the podcast started in 2013, Jack has shown what trance music should really sound like, putting a smile on the faces of those who listen in many countries around the world. With impressive track selections that often showcase many subgenres (ranging from progressive, uplifting, psychedelic, hardcore and tech) it’s no surprise the show has gained over 30,000 followers across social media platforms.

He’s gained praise for his annual End of Year Mix episodes which consist of a mega 120 songs in 120 minutes, taking the listener on a journey through 12 months of trance music, and is regularly joined by some of the most exciting names in the scene such as Ferry Corsten, Andy Moor, Max Graham, Neelix and Sied va

n Riel to name but a few.

I’m into a lot of other music outside of electronic. Bands like Angels & Airwaves, The Cure, and The Beatles to name a few. They are the reason I first picked up a guitar many years ago and went in and out of different bands. I think I’ve always wanted to be a part of the music industry I just didn’t know in what way.

INTERVIEW
What got you into DJ-ing?
I was surrounded by music from a young age and I’ve always wanted to be in the industry in one way or another. I first fell in love with trance when I was about 13 years old. A friend of mine at school had stolen his sisters Euphoria albums mixed by Matt Darey and since then it had always been something I was passionate about. I went through a phase in my teens of being in different punk bands but when I got a bit older I started going to raves and that’s where the real fun began. I was going to all kinds of parties in all kinds of clubs and warehouses, listening to anything from Trance to Hardcore to Liquid Drum n Bass. I think I knew pretty early into my raving days that I wanted to get behind the decks one day. It took me a few years to actually do it, but it’s the best thing I’ve ever done.
When did you initially create your podcast From Dubai With Love?
The first episode went online in October 2013. When I moved from England to Dubai I left behind an amazing trance scene.  Trance isn’t very popular out here and they tend to focus on the big name entertainers that will bring in major crowds. I had made friends with some other like-minded people at an Above & Beyond gig and I knew there had to be others in the city that shared the same passion. The podcast was created to unite trance lovers in the UAE and share it with the rest of the world!

How has your move to Dubai from the UK affected your involvement in the industry?
When I lived in the UK I wasn’t really doing anything other than mixing in my bedroom. If I hadn’t made the move I probably wouldn’t have the podcast. It helped me grow as a DJ and also given me the chance to network with some really inspiring people in the scene.

What are some of the competitions you have been involved in?
I was asked by TopMan to enter for their DJ of the year award and named by Philips as one of their top 5 DJs of the Middle East. I decided not to continue with either of these competitions for personal reasons, but it was nice to be recognized for something I enjoy doing. Last year I recorded a mix that was selected amongst many others by International DJ & Producer Ben Nicky (signed to Paul van Dyk’s VANDIT Records) and featured on his Headf*** Radio show, broadcast on the World’s #1 Online Trance Radio Station. Definitely one of my highlights of 2014.

What are some of the major milestones of the development of From Dubai With Love, and where would you like to see it in the near future?
I’ve been fortunate enough to have guest mixes from some really exciting DJs and producers. Being able to announce Ferry Corsten, Andy Moor and the Thrillseekers was so surreal. These are guys I’ve been listening to for many years, so to have them involved with my podcast was very motivating. In October 2014 we celebrated 1 year of the show with the 50th episode, which is something that I never imagined to happen. Already I’ve exceeded any expectations I originally had. I just want to keep enjoying what I’m doing. If it grows, it grows, if it doesn’t then at least I’ve had fun.

What makes you decide to play a particular record during one of your sets? Do you have a criteria for selecting what to play on your podcast?
There’s no real criteria as such. Usually my sets fit into the progressive and uplifting trance categories, starting at 130bpm and reaching 140 with some psy thrown in between. I’ve been known to occasionally add techno, drum n bass and even 170bpm Hardcore as well. If I like it, I’ll play it.

Is there anyone you really look up to in the industry?
Gareth Emery. As a producer he’s constantly pushing the boundaries and his ability to construct and mix a set is outstanding. To top it off he’s a really cool guy and so down to earth. He has a real passion for music and incredible energy on stage. Above & Beyond as well. Three really genuine guys who have shown the world that there is so much more to dance music. They are incredible musicians and songwriters.

Are there any particular DJs or musicians that have influenced your desire to become involved in the industry?
I’m into a lot of other music outside of electronic. Bands like Angels & Airwaves, The Cure, and The Beatles to name a few. They are the reason I first picked up a guitar many years ago and went in and out of different bands. I think I’ve always wanted to be a part of the music industry I just didn’t know in what way. Travis Barker is one of my favourite musicians. His talent is one thing but the drive and motivation he has to push himself to be the best he can possibly be is inspiring.

When there’s more music out there than one can possibly take in, it is becoming increasingly hard to know what constitutes an original or a remake anymore. What’s your opinion on the importance of roots, traditions, and respecting original sources?
We’ve had so many years of different musical cultures that I think people are too scared to take a chance on something new.  We’ve all grown up hearing about pioneers that the standard seems to already be set. In terms of respecting original sources, of course I think it’s important but it’s also really interesting when you can hear people’s influences through their own creations. Take Angels and Airwaves for example: Their first album is clearly inspired by U2 and Pink Floyd yet still sounds completely different to anything else out there.

How would you describe the “trance family” culture?  What does it mean to you?
It’s amazing and it’s grown so much with social media! It’s always been there it just never had a name. When I first started going to events, no one called themselves part of a certain group they just went and enjoyed themselves. It was all about having a good time and enjoying your surroundings. You’d make friends with other people and feel the music together. Now with Facebook and the hashtag on Twitter, it’s really easy to get in contact with people that share these values. I’ve made some really good friends by going to trance events. It’s a great way to network and meet new, interesting people and learn more about how other countries like to party.

Jack Belcher, Host of the Weekly Trance & Progressive Podcast- From Dubai With Love was last modified: September 20th, 2016 by facethecurrent