Music Against Animal Cruelty: Uniting the Music Industry in the Name of Wildlife Conservation 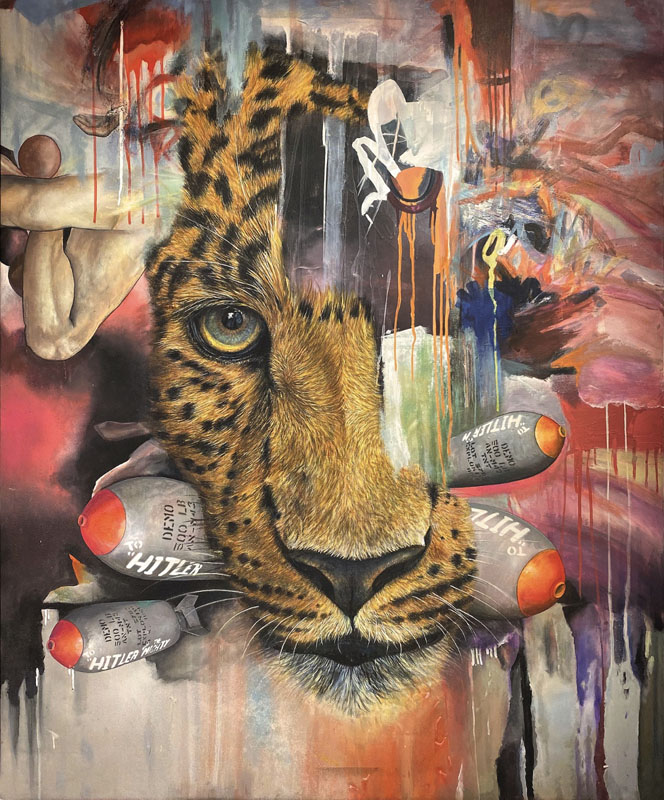 Music Against Animal Cruelty (MAAC) is a non-profit organization solely focused on providing aid to wildlife through conservation efforts. Founded by Jonny White of Art Department, Wade Cawood, and Tears for Tigers founder Jack Baucher, MAAC functions as a broker between musicians, the music industry and its fans, and other organizations working on initiatives to save various animal populations that are facing dwindling numbers and/or extinction.

This Face the Current Music Feature is published in Issue 26 Nov/Dec 2019 Edition.  Order PRINT here, SUBSCRIBE to digital membership for unlimited access, or continue reading this article below.

MAAC looks to curate large-scale fundraising events with the intention of amassing substantial funds to curate their own initiatives. In the meantime, MAAC is an open fund to which anyone can contribute, in turn selecting several grassroots initiatives as beneficiaries. After realizing that there is an often-overlooked opportunity for artists and fans to unite their passion for wildlife conservation, MAAC seeks to galvanize the support of the music industry. Together with a worldwide collective of like- minded individuals, MAAC is proving that a determined and united collective can change the world.

Face the Current chatted with Jack Baucher to learn more about the ripple-effect of species extinction, the ways in which MAAC is empowering their Ambassadors, and upcoming plans for future wildlife conservation initiatives.

The illegal wildlife trade is estimated to be worth over $15 Billion USD per annum. We are now facing a global crisis where if we don’t act now, species will go extinct.

Sasha Frate: What called you to this mission to save wildlife through the medium of music? What is the backstory on deciding to use music and events as a catalyst for bringing awareness to and generating support for “Earth’s dwindling biodiversity”?

Jack Baucher: It is important for change to happen given the current global crisis we face. We can all do our bit, and every industry should be taking responsibility and facing up to the severe environmental problems we face today.

SF: When an endangered animal goes extinct, the world loses a unique part of our global ecosystem. What are some of the often-overlooked side effects of this?

JB: The removal of a keystone species has a huge side effect on
the ecosystem and therefore all of us in turn. These giants are part of a complex world created over millions of years, and their survival is intertwined with our own. Without rhinos, elephants, tigers etc., we suffer a loss of imagination, a loss of wonder, and a loss of beautiful possibilities. When we see ourselves as part of nature, we understand that saving nature is really about saving ourselves.

We want engagement because people are no longer connected to the natural world. We want fans, donors, and supporters to have an emotional connection to the wildlife and to see value in saving the species despite it being so foreign. Not only is the notching mission crucial for conservation purposes but it brings home the reality of what is happening on the ground for the participant.

SF: What is one startling statistic that puts things in perspective?

JB: The illegal wildlife trade is estimated to be worth over $15 Billion USD per annum. We are now facing a global crisis where if we don’t act now, species will go extinct.

SF: Jonny White has stated that the dance music sector of the music industry, “Is really untapped in terms of rallying support for wildlife conservation. Their hearts are in the right place and there’s a little bit more soul in our industry than others.” What do you believe it is about your industry that makes it stand out as “untapped soulful potential”?

JB: Nothing is being done in the music industry to help raise awareness and protect endangered species. We have conservationists tied to our charity that are extremely excited about the potential MAAC has shown, and, in terms of these causes, they are highly informed about the areas requiring attention as well as the major fundraising channels that could be used to fund them. To this day nothing has been done in the industry to help wildlife conservation. Let’s also be clear that this is not techno against animal cruelty but music against animal cruelty and 2020 will see MAAC target other genres and spaces in the industry.

SF: MAAC has been exploring the ways in which musicians can serve as a catalyst for change. How would you describe their potential to serve as catalysts, and what types of things does a typical MAAC Ambassador do?

JB: Our main calls to actions are: social support via personalizing a MAAC logo, wearing MAAC merchandise (clothing line coming soon!), becoming an ambassador to donate prizes that fans can sign up to win through our online raffle platform, having ambassadors vote on our 2019 causes, promoting artistic support at MAAC events, and participating in excursions into the field to be hands-on with a wildlife conservation mission.

SF: Perhaps using the examples of your events “Wild” at Ushuaïa and “Plastic Nation” in Ibiza, what might someone anticipate experiencing at a MAAC dance music event?

JB: An immersive wildlife experience. Our events are not just fundraisers—we want to create a mind-blowing experience for our community. We want people to attend regardless if it is raising funds or not.

SF: In addition to events, MAAC has also funded unique opportunities to have further impact such as the Rhino Notching Mission. Can you tell us a bit about this mission?

JB: We want engagement because people are no longer connected to the natural world. We want fans, donors, and supporters to have an emotional connection to the wildlife and to see value in saving the species despite it being so foreign. Not only is the notching mission crucial for conservation purposes but it brings home the reality of what is happening on the ground for the participant.

SF: What has been the impact you’ve seen so far with your campaign to #SaveThemWithSound?

JB: We’ve had incredible amounts of pick-up in the industry and the support has been amazing. Our ambassadors are a testament to this.

SF: What are some examples of conservationists that you support?

JB: We have only supported Lion Guardians and Rhino Conservation Botswana so far. We are about to launch two new projects.

SF: Your current initiatives include saving the rhinos and lions. Can you share any upcoming initiatives that you might have in the works right now?

JB: We want to do the following:
1. Stop the Yulin Dog Meat Festival in China.

3. Protect the orangutan from deforestation and extinction.

4. Preserve the last snow leopards of the Eastern Himalaya.

5. Fight against the illegal trade of tiger bone in Asia.

SF: How can others within and outside of the music community help initiate the change? What opportunities are there?

JB: MAAC is the pioneering platform to aid global conservation issues within the music industry. We have several partnership and sponsorship opportunities to aid endangered wildlife on the brink of extinction, including:

Music Against Animal Cruelty: Uniting the Music Industry in the Name of Wildlife Conservation was last modified: March 15th, 2020 by Sasha Frate

Tips to a Total Travel Experience &...