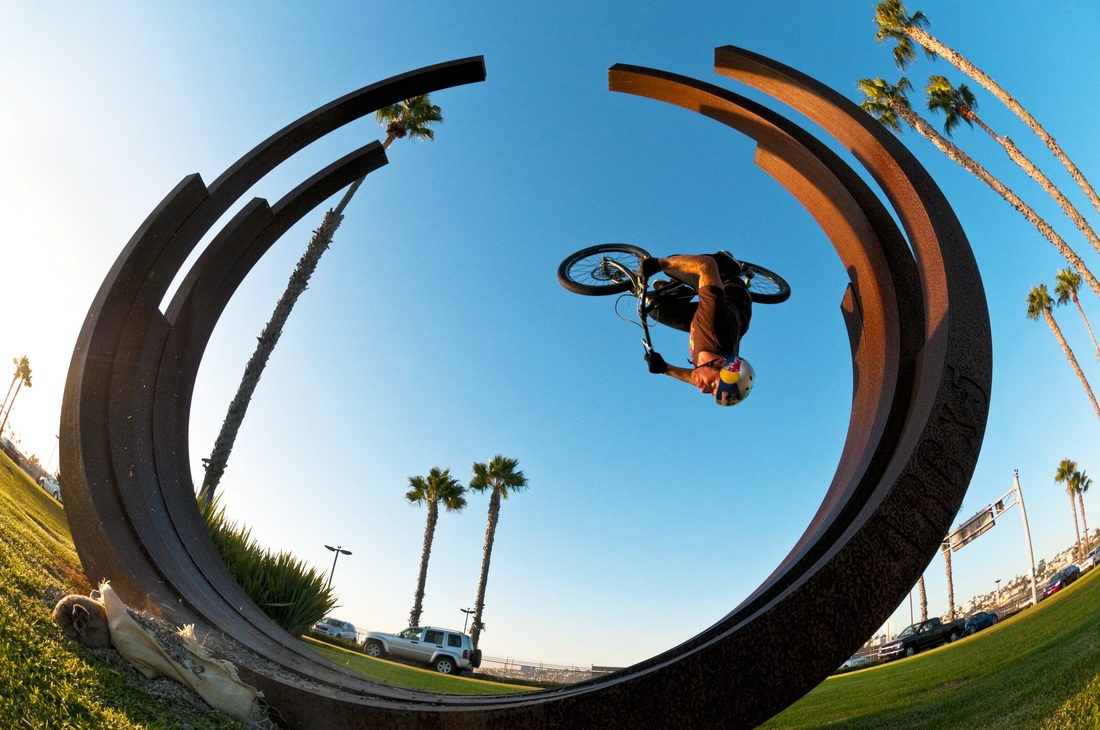 Scotsman Danny MacAskill is one of the world’s most talented trials cyclist and street trials pro riders.  In 2011, he featured in a video called Industrial Revolutions, which was created for Channel 4’s documentary Concrete Circus. In 2012, he performed the stunts for the movie Premium Rush. His videos Imaginate and Epecuen were produced by Red Bull Media House during 2013 and 2014 have attracted millions of views online as have his two latest videos; The Ridge (over 10 million views in 5 days) and Cascadia, released in 2015 by Cut Media.

Fear can be a big challenge. I don’t handle it very well and people don’t see a lot of what goes on behind the scenes… Progress is a gradual thing and not something you can rush. If you know you can do it, then the fear will be easier to handle.

INTERVIEW
From the rooftops of Las Palmas de Gran Canaria in Spain to the mountaintops of Scotland, you’ve literally reached heights that most people fear and wouldn’t dare to attempt… especially on a bicycle!  You’ve also made it to some sweet spots with your bike that others only dream of, such as the Playboy Mansion surrounded by Play Bunnies where you gave a whole new meaning to the term “Bunny Hop!”
What is it like having access to some of these incredible locations, and then to be able to use them as your personal bike park where virtually anything goes?
Over the years I have been very lucky to ride where I have. A lot of doors have opened up for me but it’s mainly just about the right ideas and reading the terrain or landscape you are in. If you are creative, you can ride pretty much everything. But I always try to find new and unique locations for my clips. 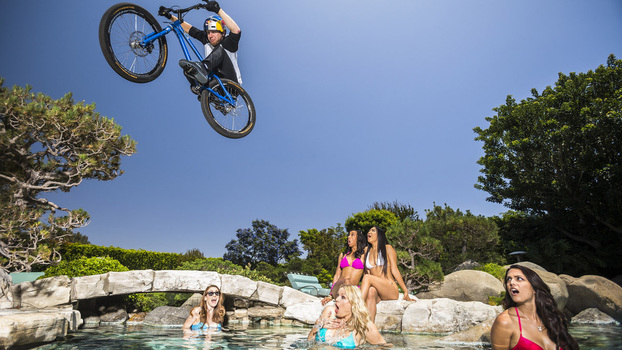 The film “Cascadia,” starts out with the radio describing the location of Las Palmas de Gran Canaria on the Canary Islands in Spain, with the weather that day being ideal for spending the day on the beach.  You don’t take to the beach.  Instead, you hit up the rooftops of the colorful buildings that fill the town after mapping out your “path,” and you share the results with some epic GoPro and aerial footage.  Then SPOILER ALERT- you end the video finally making it to the ocean… launching off a ramp and performing a front flip dive into the water on your bike!  Can you share a bit about your experience filming “Cascadia” and what led you to choose that location?
To be honest a lot of the riding in Cascadia is pretty easy. With my trials skills I felt safe balancing along the rooftops. I wanted to try and create this vertigo feeling for the viewer and also happy summer vibes, so the location in Las Palmas was perfect. The flip between the rooftops and the cliff jump were pretty scary but we got it done in the end.

What a blast it must be inventing new tricks and stunts!  How many tricks are considered your signature?  Who comes up with all the names?
Street Trials is a very fun and free sport to get in to. A lot of the tricks I do have been in different disciplines of biking like freeride or BMX. I try to mix it up and create new tricks, which are a variation of the traditional ones, like my bump frontflip or the front flip over the exercise ball in Imaginate. My tricks usually come up when I’m thinking about a video.

The mobility and capabilities you have on a bike are pretty insane.  The hops, front and back flips, the balancing, riding backwards… The average person can’t even do some of these things on foot.  At what age can you recall feeling like your bike had become more like an extension of your own body, like an extra appendage that allowed you to romp around on wheels rather than two feet?
I don’t know if it does feel like that today. I’m still learning. I remember thinking 20 years ago that if I learned 20 back hops on my rear wheel, then I’d made it. But I learnt that when I was 13 and it became apparent I still had a long way to go. The level keeps progressing.

In preparation for some of the stunts you perform on your Drop and Roll tour you often have to do hundreds of attempts over a period of several hours or days!  Your “Hippy Hop Knee Slide” for example took you about 300 attempts and 5 hours to pull off.  What trick or stunt has been the most difficult and time consuming for you to pull off?
One of the stand out tricks is riding the spikey fence in the film Inspired, back in April 2009. It was the beginning of one of my films and the first time I tried something I couldn’t really do. It taught me perseverance. It took about 4 days and 9 hours of riding and a lot of crashes.

There is a cool quote by an unknown author that states, “You may see me struggle, but you will never see me quit.”  Tenacity is so key in pursuit of all you do and your accomplishments… From executing perfect stunts to the making of some of your films like “Imaginate.”  Why do you often share footage of your “failed” attempts along with your perfect performances?
In some of the films it works to show the crashes to give the viewer a scale of the riding and bring it back to reality. There is no shame in crashing.

Your sport is all about looking for and creating obstacles to perform stunts, but have there been any setbacks or obstacles that have particularly challenged you in attempt to arrive at new feats?
Most of the things you look at, you have a “riders eye”. Just walking down the street, you are constantly finding potential things to ride. You just need to know what your skills are and what you are capable of. 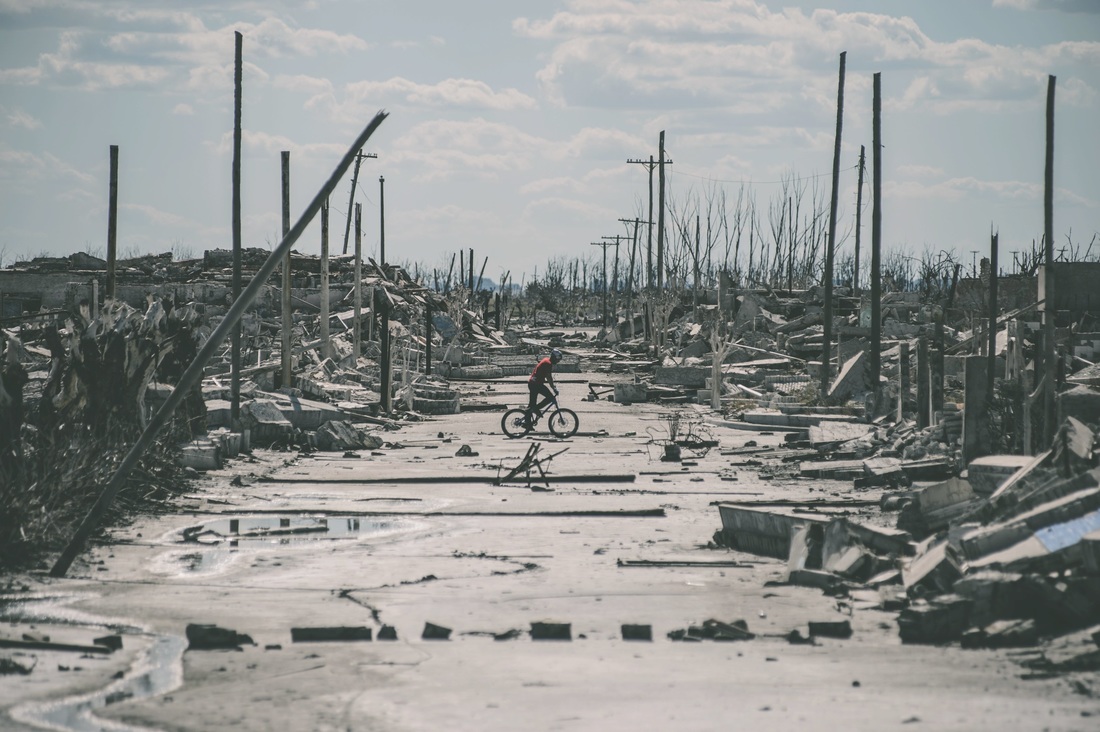 Your film Epecuen is pretty powerful.  The passion, dedication, and talent you exude sparks inspiration on a forgotten town that has been “left for dead” in its state of ruins.  What was it like riding Epecuen and essentially bringing your energy and giving life to the town?
I came across Epecuen on the Internet and was blown away by the town. The story really inspired me as well. I felt that enough time had passed from the tragedy and it was ok to go and film there. Thankfully, no one died in the floods and it was important for me to show the towns story and be respectful about filming there.

You mentioned in a recent interview for Red Bull that some of your sources of inspiration have been things like music, soundtracks, searching the Internet for cool abandoned locales, and simply thinking up a couple new tricks… In what ways has music inspired you?
Music has been a huge part of my riding and life. It’s kept me motivated while riding and training in the rain. It has a huge creative impact in my videos as well. 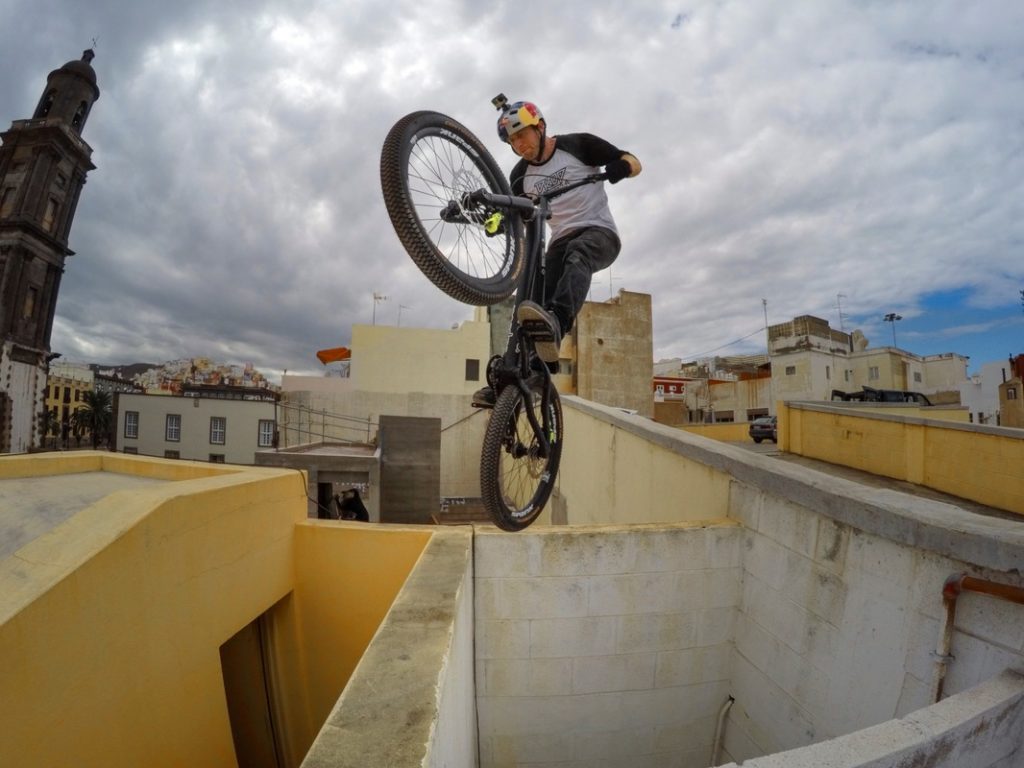 Have you ever experienced fear in what you do, or has it become a non-issue for you?  How have you managed to push beyond a comfort zone to tackle riding and performing stunts in some of the most precarious locations?
Fear can be a big challenge. I don’t handle it very well and people don’t see a lot of what goes on behind the scenes. GoPro released some behind the scenes footage on YouTube from Cascadia, which shows how hard a trick can be for me to do. I use music to help with timing and I just ride around in circles until I am ready to send it.

What would you perhaps suggest to others as an effective approach to facing your biggest fears?
Know your skills and don’t try anything too hard. Progress is a gradual thing and not something you can rush. If you know you can do it, then the fear will be easier to handle.

What’s next for you?
I am in Zurich at the moment doing some Drop and Roll shows and there are many more coming up this year as well. I also have a few videos on the way, one bigger one too. But they are secret for now.

Watch Danny MacAskill in “The Ridge”