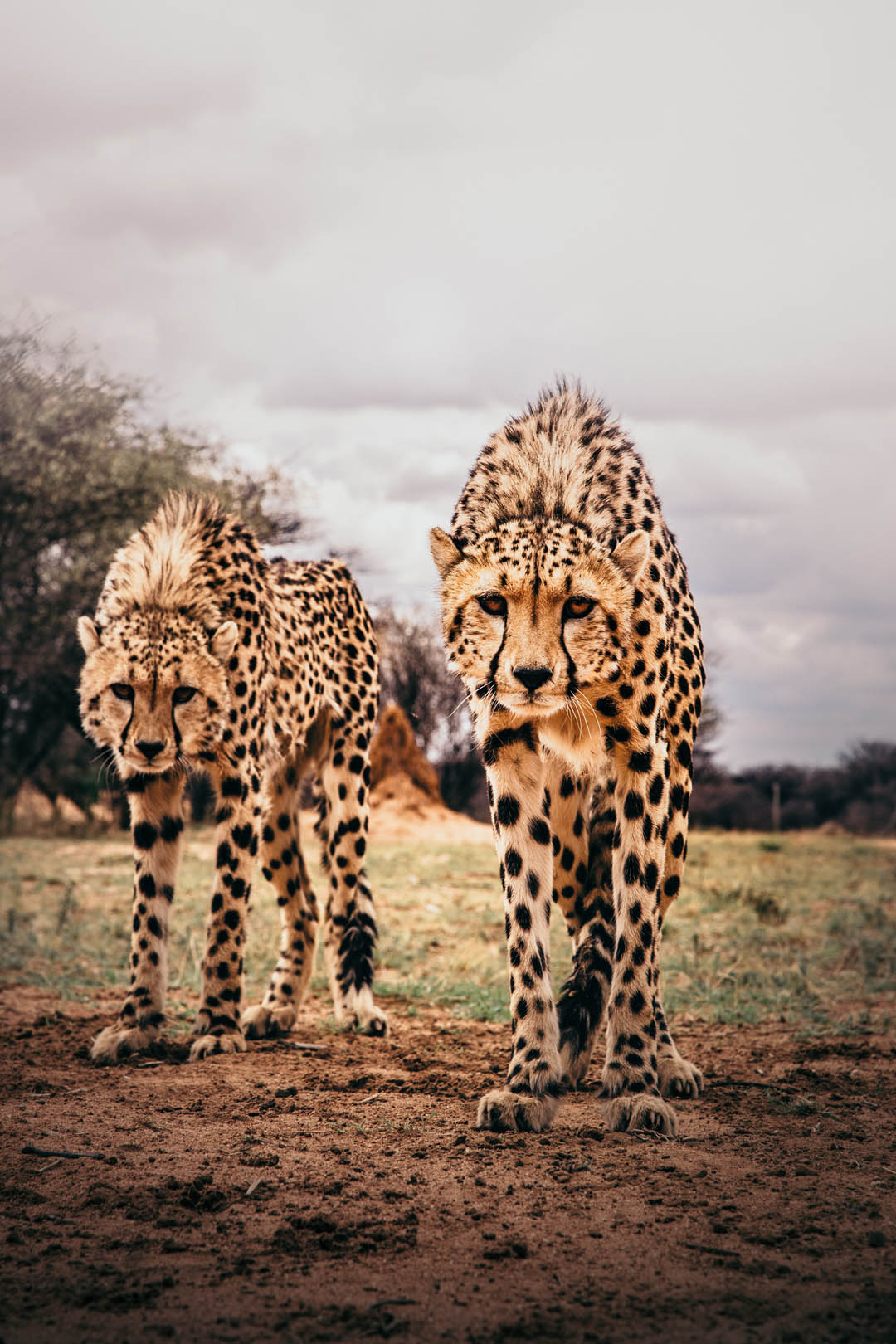 As a filmmaker, it’s not often that you have the opportunity to give back through your art. The idea of creating a film that could be more than just another beautiful travel film was something that really interested me. The last short film I did was shot in Iceland and really opened my eyes to the possible audience-base for short-form nature films. It became a goal for me to focus my next project’s intention toward a good cause. I was particularly interested in the awareness of environmental issues that might be easily overlooked or fail to receive attention at all. Through friends, I learned about some great conservation efforts happening in Namibia, especially at a reserve called Erindi.

I learned that ecotourism is what funds and enables facilities like Erindi to operate and maximizes the strength of their conservation efforts.

This Face the Current Travel Feature is published in Issue 20 / Summer 2018. Order PRINT here, subscribe to digital membership for unlimited access to all our content, or continue reading this article below. 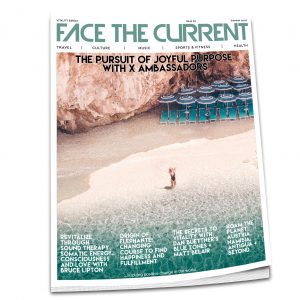 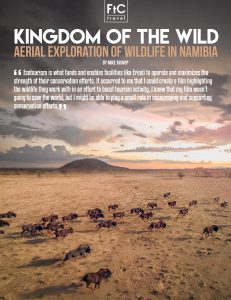 Erindi is a private game reserve that also includes a massive section of private land that is set aside to protect and rehabilitate vulnerable animal populations while also educating visitors about these animals. I learned that ecotourism is what funds and enables facilities like Erindi to operate and maximizes the strength of their conservation efforts. It occurred to me that I could create a film highlighting the wildlife they work within an effort to boost tourism activity. I knew that my film wasn’t going to save the world, but I might be able to play a small role in encouraging and supporting conservation efforts. 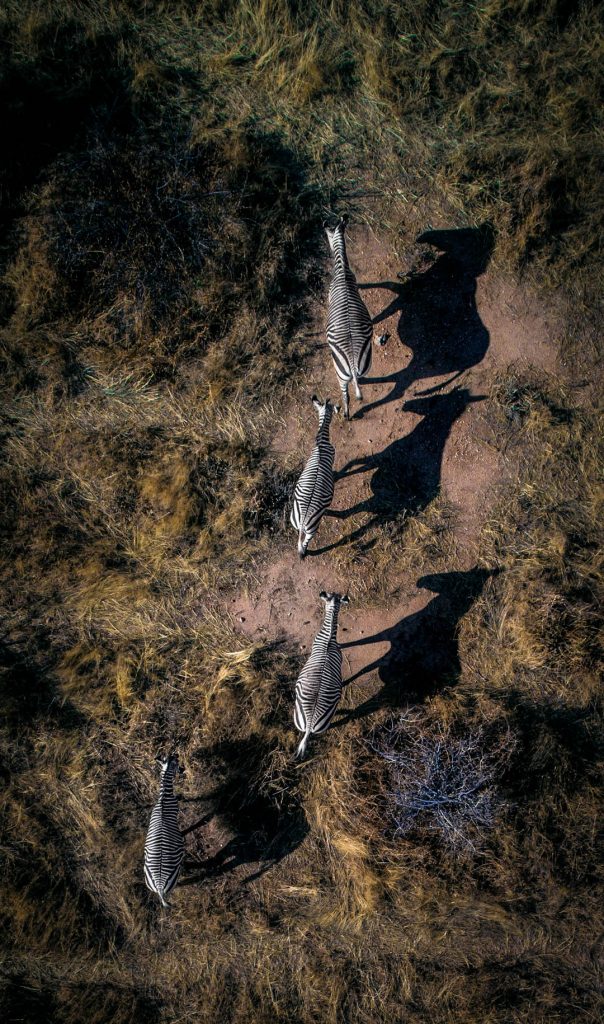 I reached out to Erindi as well as the Cheetah Conservation Fund (CCF) to find out if they would be interested in hosting us and if they would let us shed some light on their work by filming with their animals. I’m also content-partner for DJI (an aerial camera specialist company), so I approached them with this project idea and the film I was trying to make. All three of the parties were really excited by the concept, and I was quickly on my way to making this dream a reality through their partnership.

DJI helped fund the project and determined the necessary logistics for getting the crew and cameras to Namibia. There have obviously been a lot of animal films done before, but we wanted to have a heavy focus on aerial cinematography while trying to bring a new perspective that hadn’t been seen before in wildlife filmmaking. DJI facilitated this by supplying us with the equipment we needed to capture incredible wildlife footage. I also brought out one of South Africa’s best wildlife filmmakers and expert drone pilots, Naude Heunis. 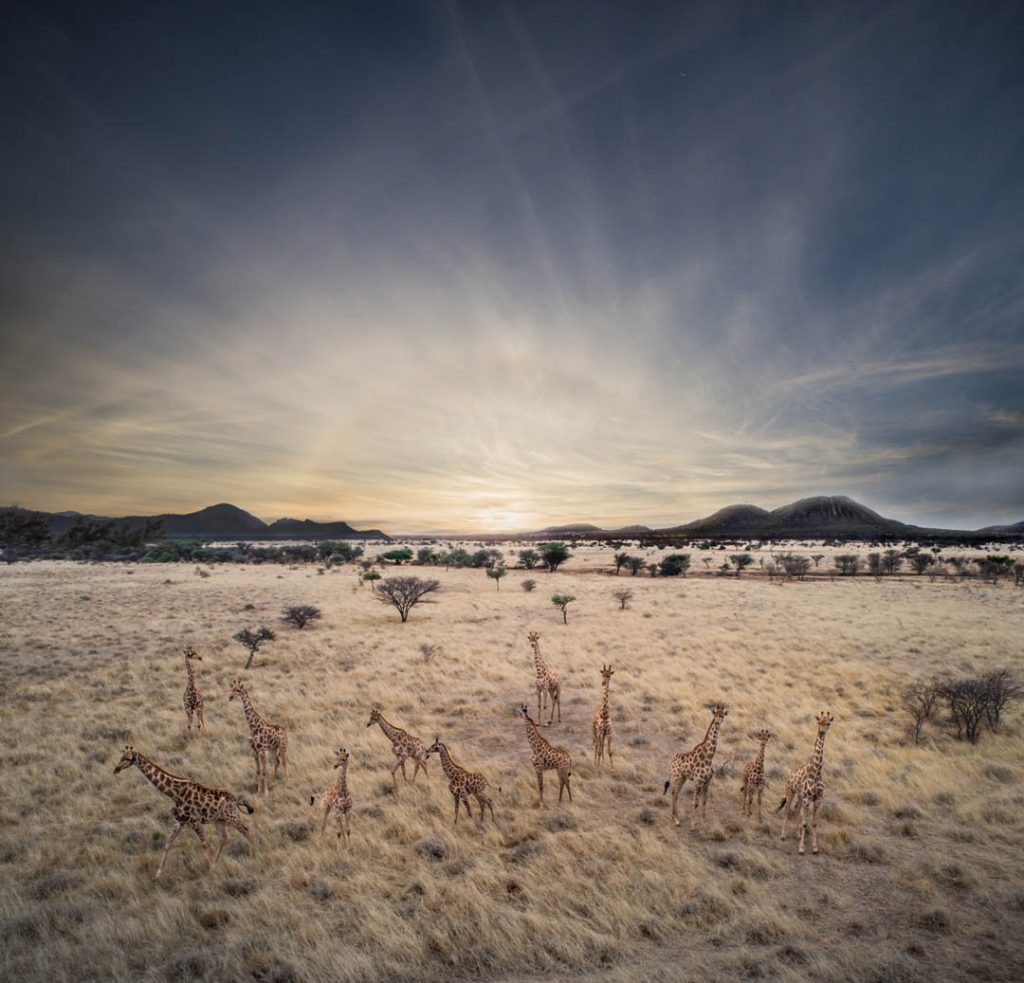 Things were going as planned until Namibia made the decision to enforce new drone regulations the week we were scheduled to leave. We had to go back and ensure that all of our permitting met the new requirements, which was a lot of work. This also meant that we had to cancel the trip two days before we left and reschedule for two months later. 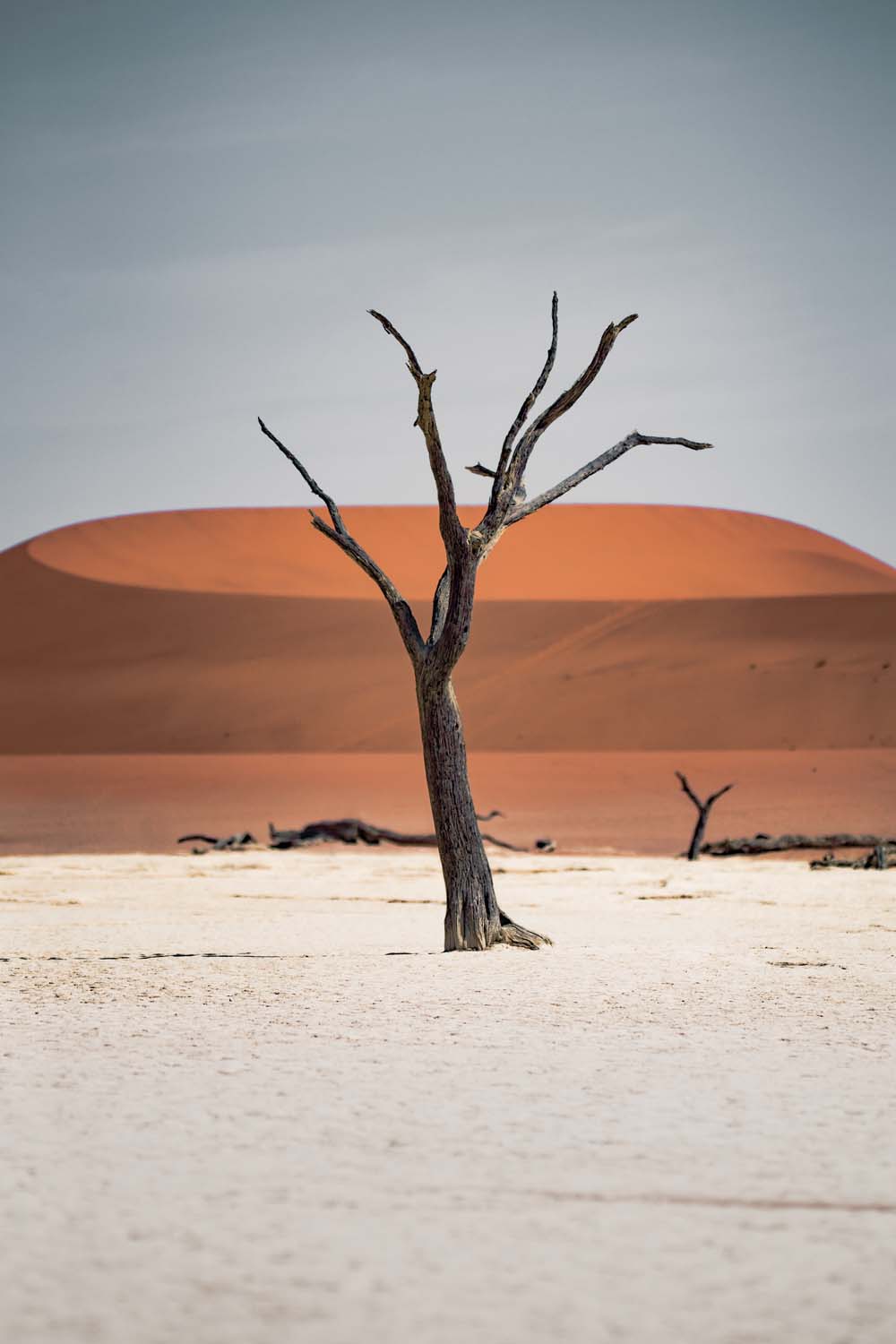 After jumping through the necessary legal hoops to get our paperwork in order, we finally ended up in beautiful Namibia and traveled through the country for two weeks, getting a feel for its beauty, landscapes, and nature. Most of that time was spent in the field with CCF and Erindi, learning first-hand about their work to help save these animal populations. Cheetahs are indigenous to Namibia and although their vulnerability isn’t quite as severe as better-known species such as black rhinos and leopards, the cheetah populations are steadily decreasing as their safety and habitat is encroached upon by farming and land development. 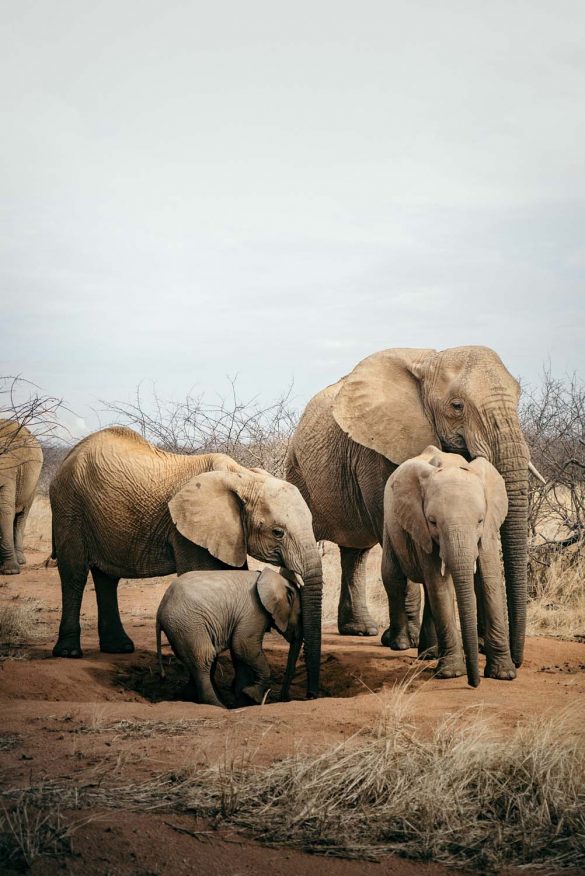 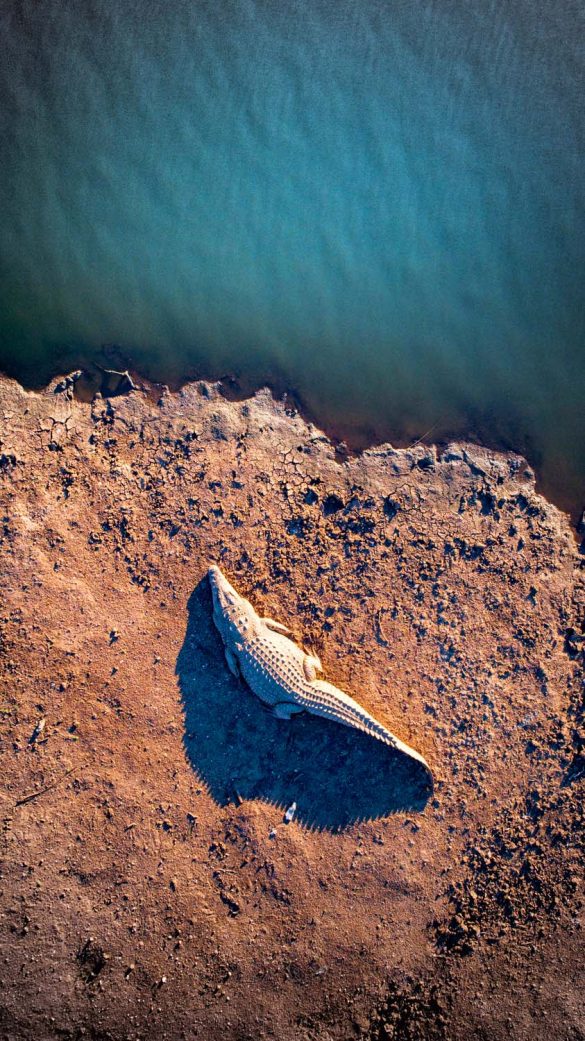 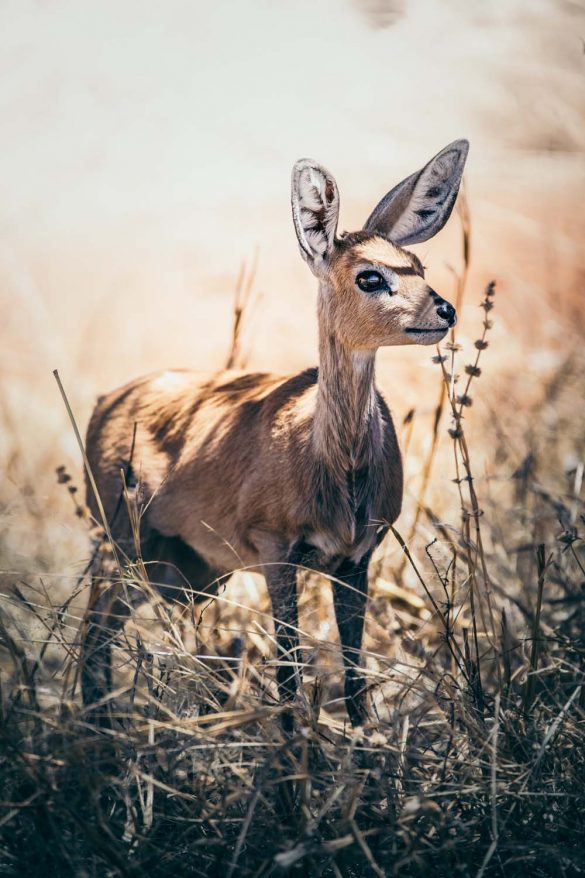 After the completion of our work on-location in Namibia, I flew home with about ten days to finish the video edits and stills in time for the project’s premiere at a gallery show at the DJI flagship store in Hong Kong. We also had a screening at the New York Drone Film Festival.  The film went on to win the grand prize in New York which was an incredible honor and achievement. Subsequently, this film has reached millions of people and has helped us to reach our goal of raising awareness while promoting eco-tourism to regions where the tourist dollars go toward fantastic animal conservation efforts at amazing reserves like Erindi and the Cheetah Conservation. 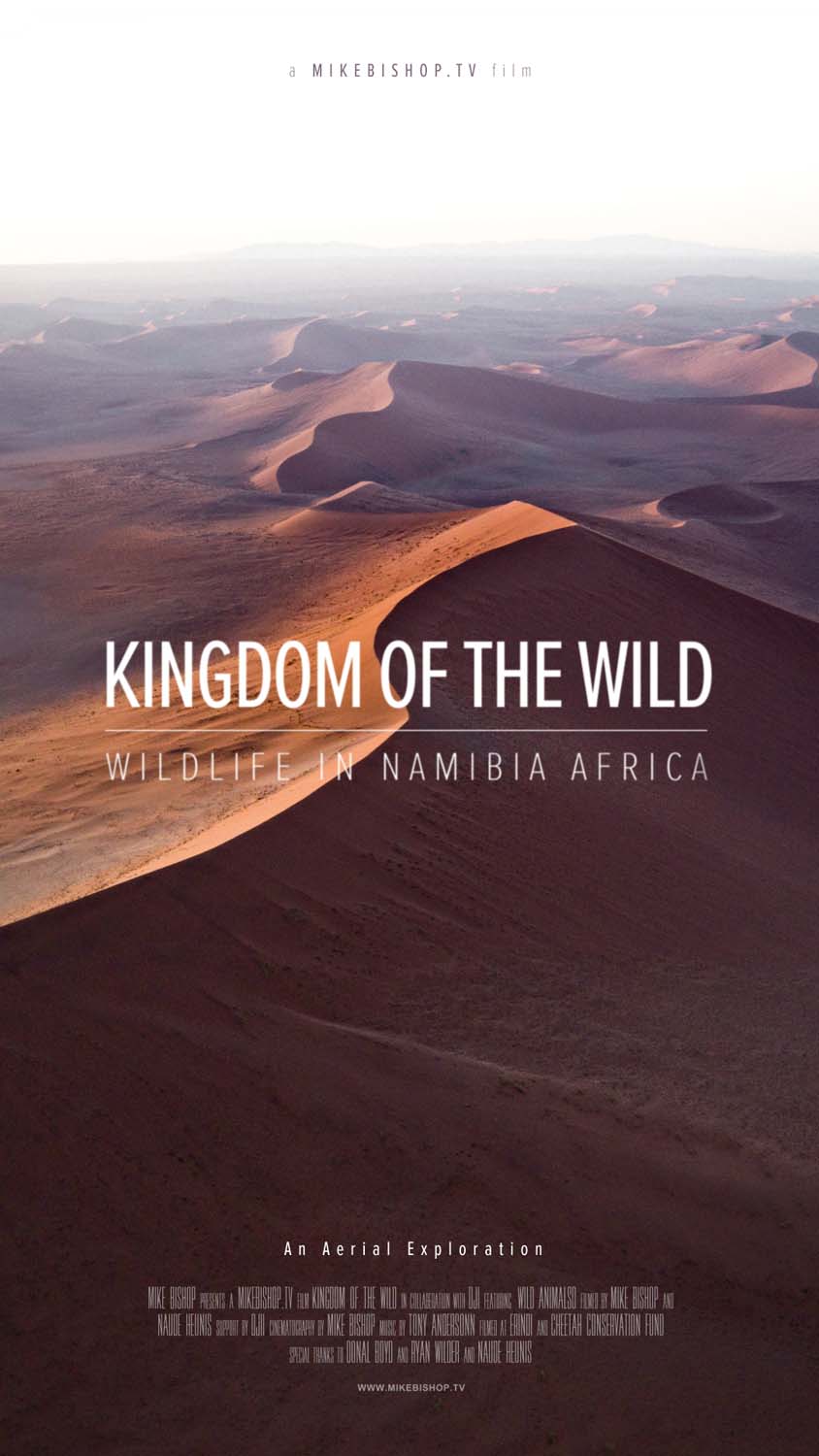 Mike Bishop is a creative director and filmmaker hailing from Alberta Canada. After graduating from British Columbia School of Technology he now has nearly two decades of experience in media creation for film and photography. Bishop has won many awards for his unique and groundbreaking work in aerial filmmaking. Currently based in Los Angeles California, he is constantly traveling the world looking for new perspectives and unique stories to tell.

Pro Slackliner Builds Once In A Lifetime...