The 2018 Perseid Meteor Shower Is At Its Best This Weekend! 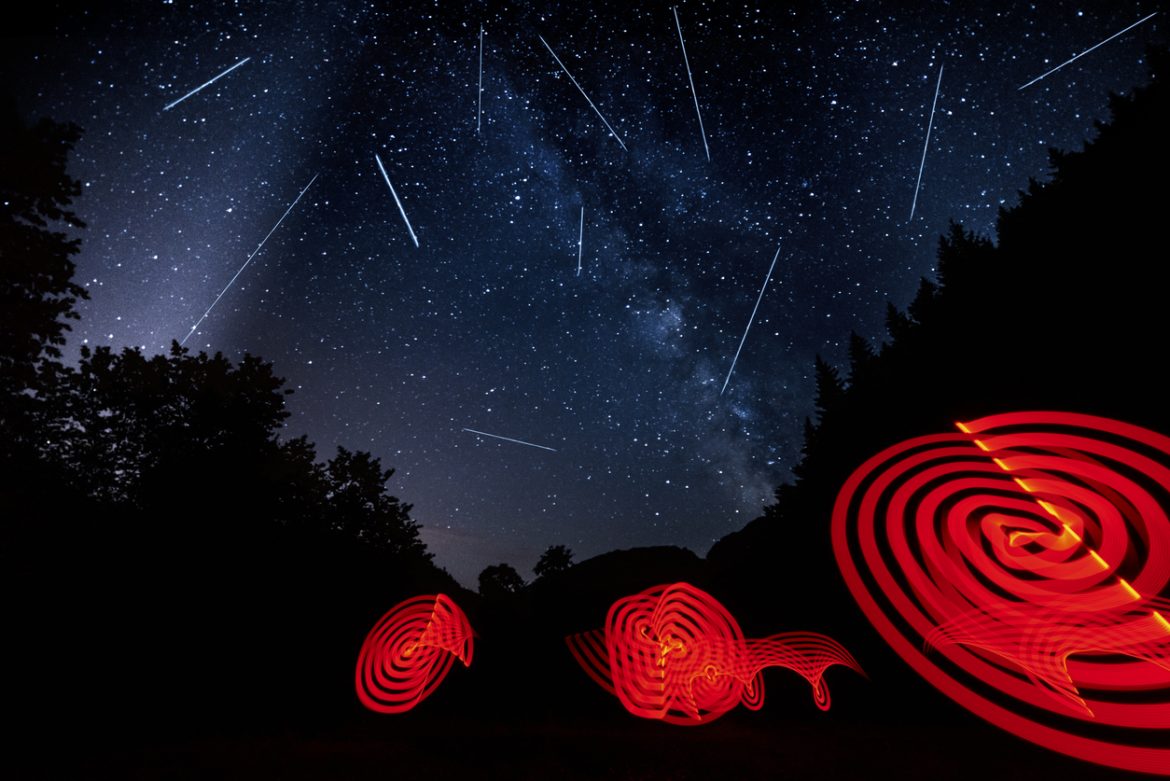 This has the possibility to be remarkable! The new moon of August is scheduled for Saturday the 11th. A dark, moonless night could make for ideal conditions to enjoy the peak of the Perseid meteor shower.

So, late that night into the predawn hours of Monday, Aug. 13, viewers in North America and Europe should have the best seats in the house.

Of course, the Perseids are not “shooting stars” that have left their fixed positions in the sky. Rather, they are remnants left behind by the Comet Swift-Tuttle, a massive miles-wide comet passes by Earth every 133 years. In fact NASA researchers once thought Comet Swift-Tuttle was likely to hit Earth in 2126. Lucky for mankind, the last time it passed Earth, in 1992, astronomers took more precise measurements and calculated that its next pass wouldn’t be so dangerous after all.

So while meteors can be seen on any given night, the majority of meteors that are seen in mid-August skies belong to the Perseid stream.

Plan on looking up a lot this weekend, and make a wish!  Here’s to clear skies!

The 2018 Perseid Meteor Shower Is At Its Best This Weekend! was last modified: March 19th, 2019 by David Aiello

Touring the Majestic Lands of Turkey with...