Tickled- This Movie Has Everyone Talking

An innocent investigation into the little known and somewhat underworld sport of “Competitive Endurance Tickling”, undertaken by New Zealander Journalist and Film Director David Farrier – well known for his journalistic reporting of many weird and wonderful oddities around the globe- suddenly takes a series of ever deepening and darkening unexpected turns and becomes a shocking yet engrossing conspiracy thriller.

A secretive, deep-pocketed sponsor, with a penchant for power and humiliation, is determined to shut down the investigation and will stop at nothing to keep the dark side of their personal fetish from the public. 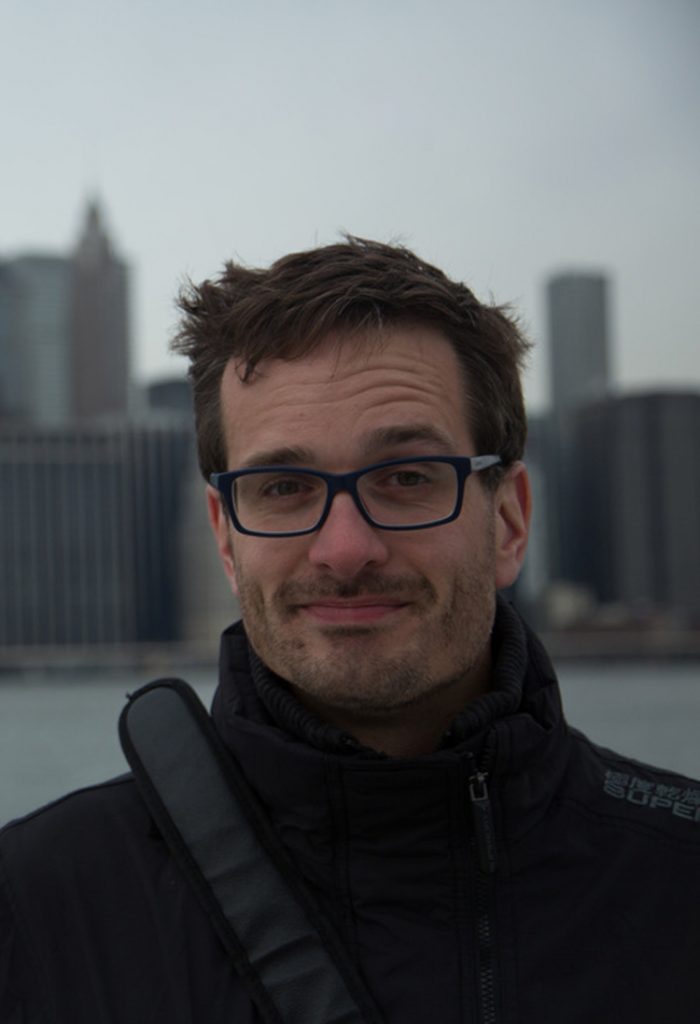 Michael Malone: When you discovered this sport, what was your first reaction?

David Farrier: It was sort of disbelief, in a way, of what I was seeing. Here were these athletic young men all kitted out in Adidas sports wear, doing these little introduction videos and then one of them would get tied down while the others tickled them. The videos were long – like 30 minutes to an hour – they seemed to be shot in a professional studio. So… they seemed legit, somehow. These weren’t home videos. So I thought… maybe this is like ultimate Frisbee, just someone’s idea for an outlandish, silly sport.

By the look on your face as you witnessed a tickling fetishist indulge in his “sport,” you didn’t appear to have any interest in experiencing this firsthand.  What was going through your mind when you saw this take place before you?  Was it worse or better than you expected (based on the videos you watched)?
It’s hard watching someone be tickled non stop, when they can’t get out. It starts as funny and amusing – they are laughing, you are laughing. But then as it goes on the model gets exhausted and the room is heating up and you can sense the exhaustion – and that’s where it feels odd. Also, Richard actually had told me that he would be tickling me next, so I knew that was coming up. I was tickled for 10 minutes by a professional tickler. It was hard. Really difficult. My body ached for a few days after, as it’s like a full body work.

That didn’t make it in the edit – it was amusing, but didn’t further the story. Our editor Simon Coldrick did an amazing job editing this film by the way… he’s a genius. 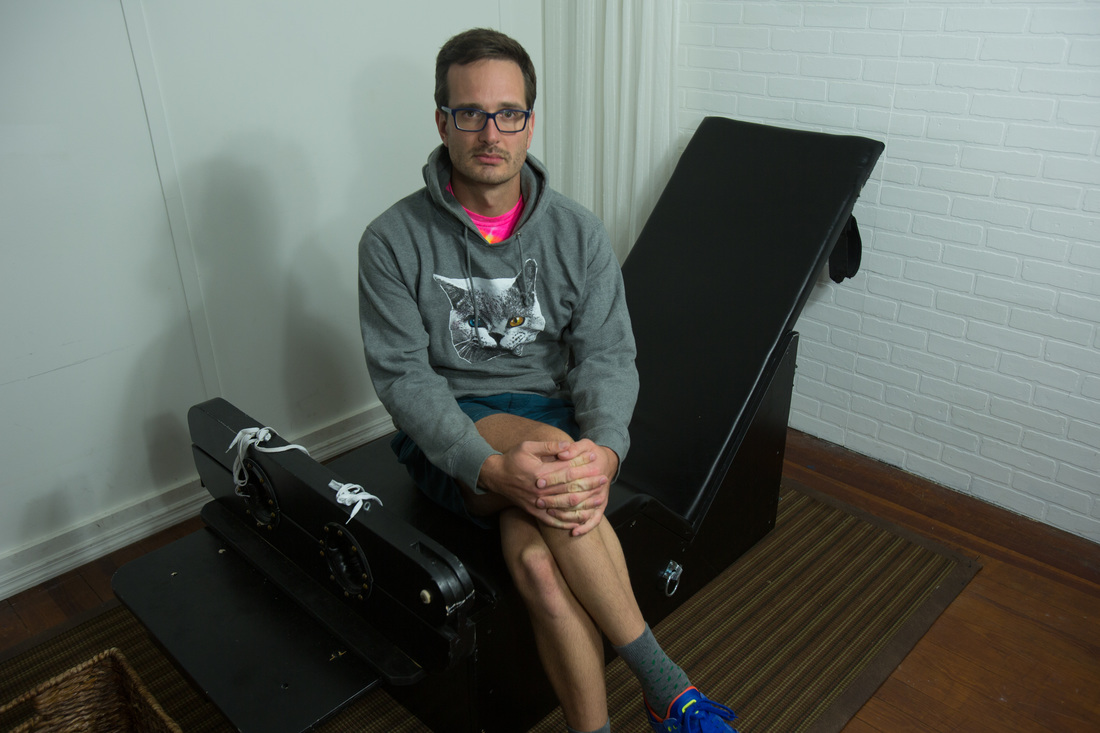 This whole film is about power, control and manipulation. Tickling is a great metaphor for the themes in this film

When the lawsuits came about after Sundance, did you think – “Maybe I’ll challenge them to a tickle match,” winner takes all kind of thing?
Haha! I think at this point I wasn’t feeling like joking around too much. I think we all sort of felt a bit exhausted by the time the lawsuits came in, so it was just, “Oh god, here we go again.”

What was it like finding out there are some people in the world who actually enjoy being tickled? I imagine it’s like meeting people who eat those gross yellow duck marshmallows at Easter.
I don’t know what yellow duck marshmallows are, but they sound delicious. I actually didn’t find it all that surprising. I mean anything can become a fetish. Once I knew it, it was like, as Richard says in the film, “Oh yeah… of course that exists.”

You have covered so many oddities, but did you ever imagine that you be known as the guy who made the movie about tickling?
I could never have imagined this. I mean I have covered lots of odd things – it’s what I am drawn to – and I think the odd things people get up to make life worth living.

But yeah, I never saw tickling being a big part of my life. I think the oddest story I did in the past probably was with a guy in Florida who’d had a 6 month relationship with a dolphin. We’re still Facebook friends, actually.  But that’s the joy of life – you really never know where it’s taking you next! 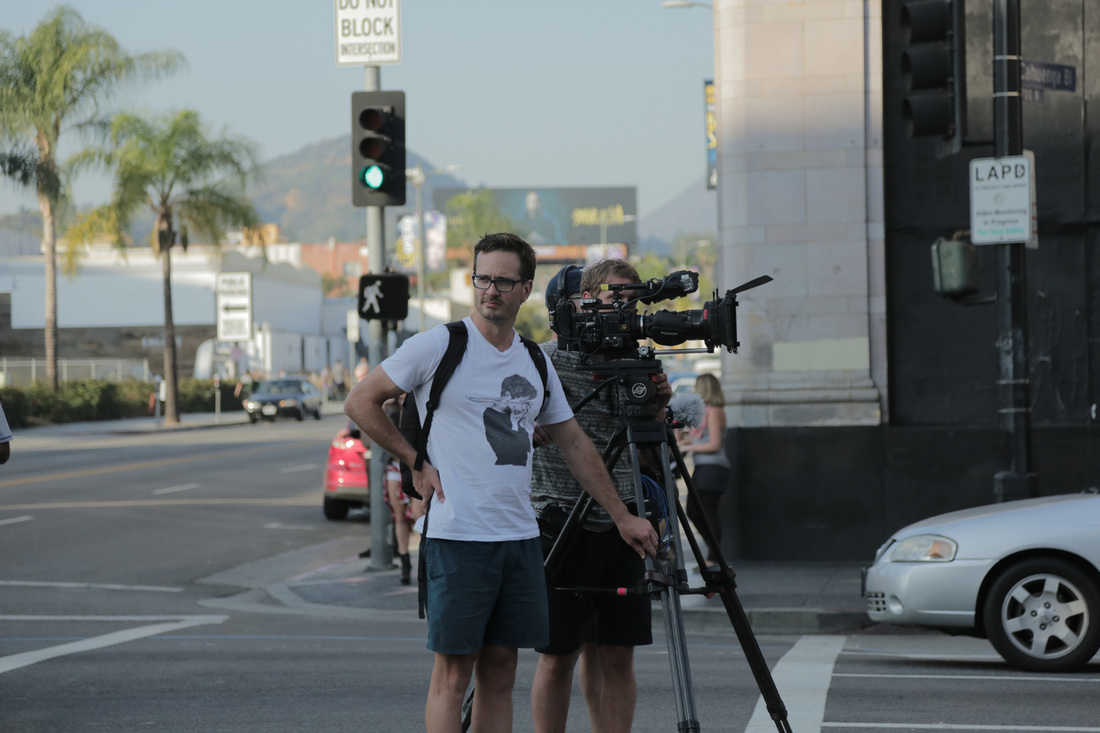 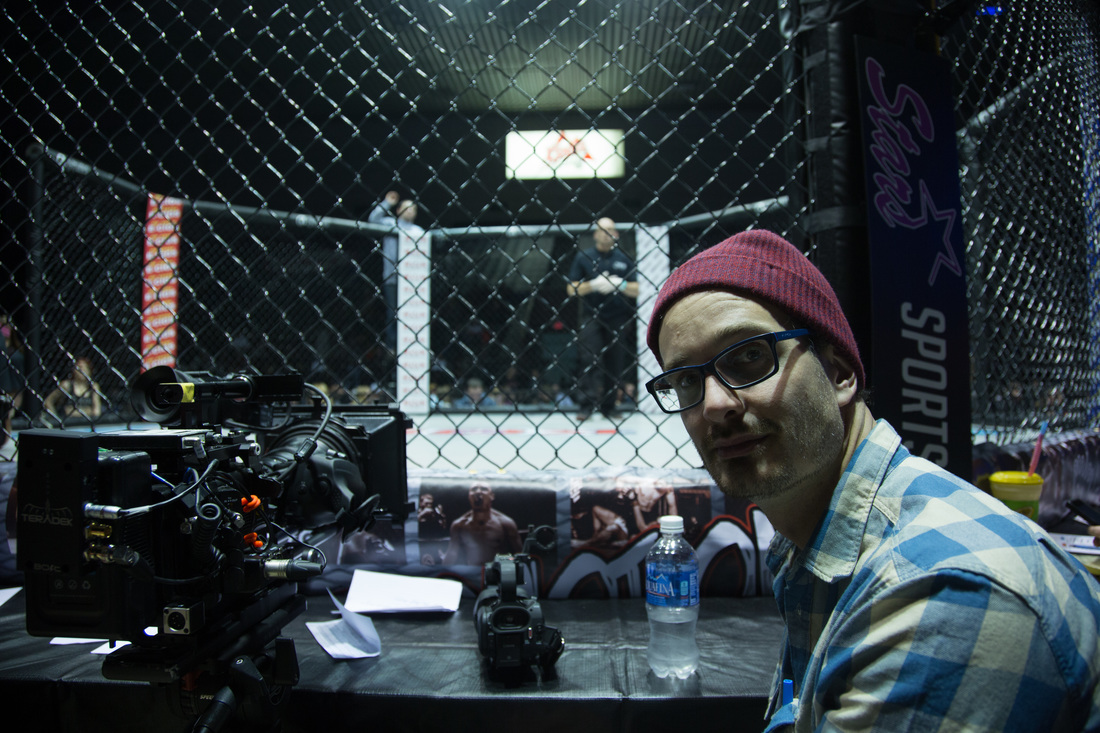 As a journalist you’ve always loved to seek out off-the- wall stories.  Is there another bizarre story you’ve covered that can even compare to this one?
I have fond memories of a man from Hamilton, this cute little NZ town, who created a robot band. He and his robots did a little tour. They were great. Very low-fi but also incredibly complex when you looked at what went into it. . I did some stories with Lorde when she blew up – that was crazy too. Here is this super smart, sassy, talented young lady tearing up the industry – all on her own steam. Sure, she had support around her – but she’s the one making the big calls. Rather weird but very cool – the way it should be!

At the end of the day, this fetish (almost all fetishes really) are about power. When
you were around these “ticklers” were they comparable to any other athletes?
This whole film is about power, control and manipulation. Tickling is a great metaphor for the themes in this film. As for as comparable athletes – I see a lot of similarities in wrestling and MMA – which is what we kinda look at in the film as well. Our DP Dom Fryer shot some amazing footage at an MMA match… which also, surprisingly, ties back into the world of tickling.

Could you feel the power and pride some of the athletes had? Was it the same aura that you feel around a great basketball player or football star?
It’s a different thing, I think. Tickling is more fun. It’s not about winning. And despite the name “Competitive Endurance Tickling”… it’s not really a sport!

Did you ever think it might be easier to go undercover and sign up to get tickled to expose this story?
I couldn’t because I wasn’t the right sort of athletic build to get picked!

You mentioned your hesitations with covering this story, but did you ever think it would escalate to the degree that it has?
Not in a million years. It went places I never could have imagined. I knew it would get strange, but not quite this strange.

As a fellow filmmaker I know the struggles of leaving stuff on the editing floor. Is there anything we didn’t get to see that would be cool to know about?
Simon cut this great intro to Richard Ivey, where he was doing Karaoke. Dom had shot it beautifully, with these really wonderfully composed surreal shots. And we had to cut it because we couldn’t get the rights to use the song! I wanted to cry. I probably did cry.

We also spent a day at Gator Land in Florida, shooting scenic stuff there – some good metaphors in there with alligators devouring meat!

Dom was really brave and got up close. Simon had put some cool stuff together and we played around with it in the booth… but we had to drop it. It just didn’t have a place in the story.

A simple initial inquiry turned into quite a risky investigation for you.  Your “risk- everything” approach seemed to be driven by more than a mere desire to cover the story. Explain your greatest motivating factor that really had you hooked and committed to uncovering the truth behind this “sport.”
I think Dylan and I both saw injustice in the way some of the young men were being treated. They couldn’t do anything about the bullying… and it seemed like making a film was a good way to shine a light on what was going on. Plus… I think we were just incredibly curious! Like… how could we stop?!

You never appeared to be too threatened by the attacks that had so many others in fear and/or shame.  How were you able to remain “unaffected” the whole time?
It stressed me out… but I think in New Zealand I am fairly “out” there… I don’t have secrets so Jane O’Brien Media didn’t really have any dirt to use against me. Also, I am not really easily offended. So the personal insults didn’t really matter. I was worried about the legal aspects… the legal threats… but again, I had a great wee team around me. Dylan. Our producer Carthew. I have nice friends in my life.  I also think I come across quite deadpan sometimes. It’s just my default.

Were you ever concerned about how this might affect not only your life and career, but the others (like TJ) who were being extorted as well?
We were super aware going in – and had those kinds of discussions with TJ. I think TJ was incredibly brave coming forward and I admire him so much. I have kept in touch with him and some of the others and keep checking in.

Was there ever a time where you regretted covering this story?
Early on I felt a bit of regret – like, I had sucked Dylan into this legal wormhole and I felt anxious about that. But we are both adults, we talked and we decided to just keep going. We are all pretty proud of what we made and feel really honoured to have made so many friends along the way!

What was most shocking thing for YOU within this story- either in the way things unfolded, or in the response from film viewers?
Some people watching the film have discovered they have a tickling fetish! That is kinda great. I was also shocked at how BIG this tickling empire was. That still blows my mind. And the effort this company goes to, to cover things up… things it doesn’t want the public to know. 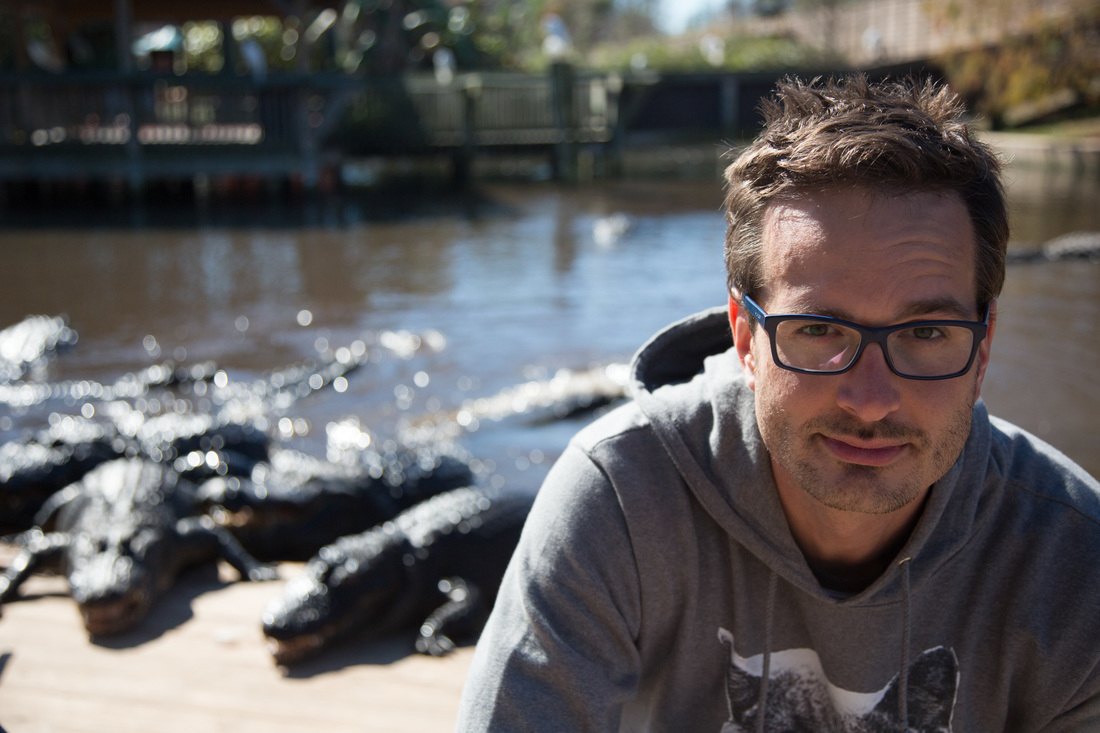 Richard Ivy describes these tickling videos as “erotica”. How would you describe them now and how would you have described them before you uncovered the corruption?
Richard is bang on… the videos he makes fall within the genre of erotica. I think when anyone watches any tickling video that Richard or Jane O’Brien Media make… it’s not just strictly a “sport”.

Have you been contacted since the film has been on the festival circuit with people who were abused or taken advantage of, thanking you for exposing the truth of this odd underground corruption?
Loads of people have come forward. This story stretches back 20 years, so we have heard from LOTS of people involved. Some of them speak of a sense of closure in watching the film.

Most people didn’t know that tickling is an actual sport before this film came out. If you could make up a fake competitive sport that you people don’t know about yet, what would it be?

Well again… it’s not really a sport. I think this film shows that you can really turn ANYTHING into a sport; you just need to say it’s a sport. Competitive Shopping? Why not! Competitive sleeping? Heck yes. Competitive gaming? Well, that one is already a sport. Anything can become a sport!
I run an underground pillow fight club, the only rule is you can’t talk about the pillow fight club. Would you be interested in joining?
Too busy with tickling mate!

I Googled “5 ways to win a tickle fight” and there were actually some really great tips. One being “Show No Mercy.”  How do you think you would fare in a tickling competition?
I am so ticklish I would lose instantly. I wouldn’t stand a chance.

Tickled- This Movie Has Everyone Talking was last modified: March 28th, 2017 by Michael Malone