The Widespread Epidemic of Disease in America: A Closer Look at the Over-Consumption of Polyunsaturated Fats 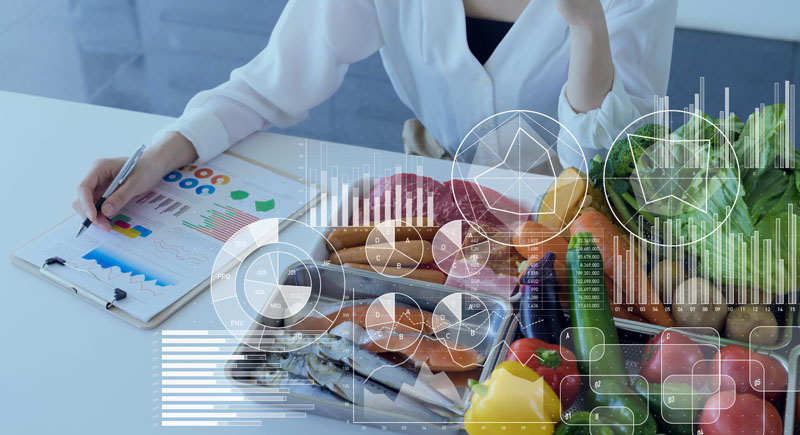 The conventional medical orthodoxy pertaining to good and bad fats is rooted in the “diet-heart hypothesis”. The concept that there is a causal relationship between diet, serum cholesterol, and cardiovascular disease gave rise to the diet-heart hypothesis nearly seventy years ago. Proving this hypothesis was the goal of Ancel Keys’ research at the University of Minnesota between 1950-1978. Keys conducted the Minnesota Coronary Experiment (1968-73), a double-blind randomized controlled trial designed to test whether replacement of saturated fat with vegetable oil rich in linoleic acid reduces coronary heart disease and death by lowering serum cholesterol. Keys’ hypothesis postulated that reducing dietary saturated fat reduces serum cholesterol, thereby reducing the risk of cardiovascular disease. Today, this concept has been transformed from a hypothesis into public health policy with an emphasis on reducing the intake of dietary saturated fat. Dietary guidelines now caution against eating saturated fats from meat, butter, and eggs, and recommend increasing intake of polyunsaturated fats from plants, nuts, and seeds. These foods are all high in linoleic acid, the primary polyunsaturated fatty acid (PUFA).

This Face the Current Health Feature is published in Issue 32.  Order PRINT here, SUBSCRIBE to digital edition for unlimited access, or continue reading this article below.

In 2011, Christopher Ramsden M.D., a researcher at NIH (National Institute of Health), came across a paper which concluded that replacing saturated fats found in meat and dairy products with vegetable oils did not reduce the risk of coronary heart disease or death. This paper referenced Ancel Keys’ research at the University of Minnesota, but it didn’t contain enough actual data to be conclusive. Ramsden wondered if there was more data available from Keys’ original research, so he contacted the sons of one of Keys’ principle research partners, Dr. Ivan Frantz of the University of Minnesota, who died in 2009. One of his sons, Dr. Robert Frantz, a physician at the Mayo Clinic, drove ninety minutes to his childhood home to search file cabinets. On his third trip he spied tattered, unlabeled boxes in the far corner of the basement. Inside were ancient magnetic computer tapes and reams of yellowed documents. The subject line in his ensuing email to Ramsden was “Eureka!”

After getting the tapes translated into formats that modern computers could read, Ramsden and his colleagues discovered what had been hidden for nearly half a century: records on 9,423 study participants, ages twenty to ninety-seven, all living in state mental hospitals or nursing homes. It was the largest experiment of its kind. They spent over four years studying this data, and the findings were published in 2016 in the British Medical Journal (BMJ). Their paper was titled “Re-evaluation of the traditional diet-heart hypothesis: analysis of recovered data from Minnesota Coronary Experiment (1968-73)”. Ramsden and his team’s extensive analysis of the data led them to conclude that “Available evidence from randomized controlled trials shows that replacement of saturated fat in the diet with linoleic acid effectively lowers serum cholesterol but does not support the hypothesis that this translates to a lower risk of death from coronary heart disease or all causes. Findings from the Minnesota Coronary Experiment add to growing evidence that incomplete publication has contributed to overestimation of the benefits of replacing saturated fat with vegetable oils rich in linoleic acid (my emphasis)”.

In other words, what Ramsden and his team discovered was that Keys didn’t publish data from the Minnesota Coronary Experiment that conflicted with his hypothesis. Similar errors of omission were found when researchers analyzed data from another study published by Keys called the Seven Countries Study—an epidemiological study in which he attempted to show that countries consuming less saturated fat had less coronary artery disease.

This story is much more than just an interesting side note in scientific history. The ramifications of Keys’ research fueled the single most detrimental change to human health in history.Here’s where this story gets really interesting (and frightening). Keys’ faulty conclusions about the dangers of saturated fats were widely publicized by industrial food processors, namely the margarine industry.

They had been having a difficult time convincing people to eat margarine instead of butter, and so they saw their chance to use Keys’ research to promote the linoleic acid benefits of corn oil margarine. Americans became “fat phobic” almost overnight, convinced that eating meat and eggs caused heart disease. By the early 1970’s the use of margarine and vegetable oils soared while meat and egg consumption declined. The medical establishment followed suit and were soon recommending “low fat diets”, in turn demonizing animal fats as the cause of increasing rates of heart disease. We began to see low-fat processed foods flood the supermarkets and television advertising, promoted as “health foods”. These “foods” are loaded with sugar, salt, corn, wheat, and industrially processed vegetable oils (primarily corn, soy, and canola).

I vividly remember driving with my dad from our home in LaCrosse, Wisconsin down the Mississippi river to cross into Iowa. (This would have been in 1964 or 65, because I didn’t yet have my driver’s license.) Even my dad, a dedicated meat, butter, and egg eater—and a deer and duck hunter—had heard that these things were suddenly bad for us. This was because the margarine industry was already publicizing Keys’ hypothesis from early research in the 1950’s! In fact, our Iowa journey that day was to pick up margarine of all things, something that couldn’t even be purchased in the Dairy State of Wisconsin because of the strong dairy lobby. We drove back home with the contraband and opened up the cardboard box to find a tub of nasty looking grey oil (corn oil) along with a packet of yellow food coloring which we mixed in to make it look like butter. Then we tasted it and I remember my dad’s disgusted look as he threw it in the trash. Thankfully that was the end of our foray into the world of unsaturated fat.

However, millions of others in the United States and around the world weren’t as fortunate. Amidst the social upheaval and war protests of the 1960’s, there was something insidious happening to our health. As more people began consuming processed vegetable oils, rates of Type II diabetes soared. From only 0.93% of the US population in 1958, 10.5 % of the population currently has the disease in 2020. Even more concerning, 34.5% of the population is classified as pre-diabetic. (National Diabetes Statistics Report, 2020 from the CDC).

In just over sixty years we went from a diabetes rate of less than 1% to 45%! What’s even more suspicious and disturbing is that obesity, cancer, heart disease, macular degeneration, Alzheimer’s, Parkinson’s, and autoimmune diseases all showed similar dramatic increases over the same time period. There is now extensive scientific research that points to a common cause for all these diseases, and the culprit is polyunsaturated fats (PUFA’s) from vegetable oils, primarily linoleic acid.

Let’s take a look at what science tells us about why these fats could be the driving force behind so many seemingly unrelated diseases. To understand what is happening, we need to look at the differences between saturated and unsaturated fats, and the way in which our bodies burn and store them.

These are the important differences you need to understand:

While unsaturated fats, Omega 6 (linoleic acid), and Omega 3 fatty acids do play a role in human health, they are needed only in small amounts. This is consistent with evolution, as these fats were only available in limited quantities until the advent of farming.

Industrial production of polyunsaturated oils such as soy, canola, sunflower, safflower, and corn oils have significantly increased the amount of polyunsaturated fats (PUFA’s) in our diets. Industrial processing also introduced several types of toxins into these oils as a byproduct of the heating required for extraction. Moreover, linoleic acid content is ten to twenty times higher in grain-fed factory-farmed chickens, pigs, and cattle.

In fact, research shows that the linoleic acid content in human fat has increased by over 136% in the last fifty years, paralleling the rise in obesity, Type II diabetes, heart disease, Alzheimer’s, Parkinson’s, autoimmune diseases, reproductive cancers, and macular degeneration, all of which have been linked to excess PUFA consumption. Scientific evidence now points to the overconsumption of linoleic acid as the primary driver of metabolic syndrome. While an important factor in metabolic syndrome, excess carbohydrate consumption is only a problem if it is also combined with excess PUFA consumption.

Processed foods, including many so-called “health foods”, are mostly composed of bad fats, sugar, grains, and salt, and are devastating to our health. Start reading labels and you will see that most processed foods, salad dressings, mayonnaise, etc. contain processed vegetable oils.

For instance, sources of saturated fat (good fats) include:

Sources of polyunsaturated fats (bad in excess) include:

While linoleic acid is considered to be an essential fatty acid that we need to obtain from dietary sources, it is only needed by our bodies in small amounts and is best obtained from foods like avocadoes, seeds, and nuts. Overconsumption of any polyunsaturated fat is now known to cause many diseases, especially if it is in the form of industrially processed oils. It’s a mind-shift and an eating adjustment that may take some practice and repetition, but we need to stop fearing animal fats and understand that they are actually essential for good health.

The Widespread Epidemic of Disease in America: A Closer Look at the Over-Consumption of Polyunsaturated Fats was last modified: January 29th, 2021 by Jim Bentz

Dr. Jim Bentz, D.C. is a Chiropractor, Speaker, Health Coach & Educator, Trainer & the US Leading Practitioner in Neurological Integration System (NIS), a method of restoring communication between the brain and body based on the principle that the brain monitors every cell in the body.

New Years Resolutions for Our Planet and...